We don't need India to wreck our country, Nepal's politicians are doing it just fine 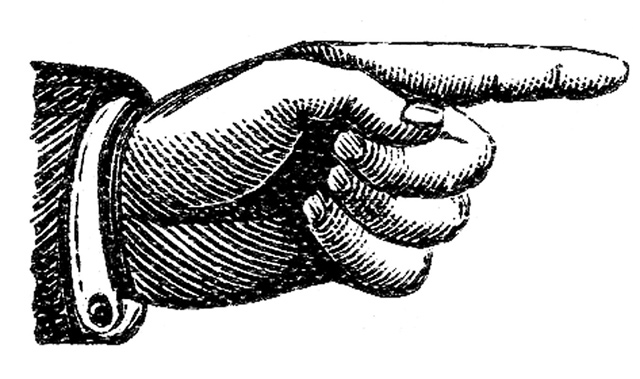 One aspect of the 18-week-long Indian blockade of Nepal that has always baffled us is why New Delhi would want to inflict such harm on a little neighbour, and to a lesser degree, on itself. There are many theories about what ‘India’ really hopes to achieve with this siege, and it is unclear if India itself knows what India wants. Or maybe, as some have suggested, India is unwilling to divulge what it really wants.

On the other hand, we are not at all surprised about the rulers in Kathmandu blundering from one mistake to another. Nepalis have never got the government they deserved. In the past 20 years we have been saddled with short-sighted, narrow-minded and greedy rulers. Most politicians since the mid-1990s instead of serving the people, have been self-serving crooks.

The single-minded focus in Kathmandu’s corridors of power has been to deflect attention from our own shortcomings and to indulge in knee-jerk India-bashing. To be sure, New Delhi has used (some would say incited) the agitation in the plains to justify its blockade so that it can push through its economic and strategic agenda. Such blatant arm-twisting notwithstanding, the communistic UML-Maoist coalition has made matters worse and prolonged the crisis by its own fecklessness. The opposition NC is trying to exploit the crisis by playing politics as usual.

This UML-Maoist coalition seems to take vicarious pleasure in playing victim and shifting all the blame on the blockade. Every day, ministers in the Oli administration come up with ever more outlandish statements to mask their own incompetence, such as ending load-shedding or wild promises about harnessing wind power. They are neither taking effective steps to end the crisis, nor dealing concretely with the shortages and deepening hardships.

Instead of expediting the petroleum purchase deal with China, opening the Kodari border and urgently upgrading the Rasuwa highway, all we get is political grandstanding and more rhetoric. Instead of executing an emergency action plan for incentives to shift to electric public transport or to accelerate hydropower projects, we get the same familiar waffling. Rather than immediately putting into place subsidies for domestic photo-voltaic systems with reverse metering, all we hear are pompous homilies.

The overwhelming impression is that of a state machinery and its organs profiting so much from the black market economy in fossil fuels that they want the crisis to last a while longer so they can fill their coffers. Four months into the blockade, we have no plans to fly in medicines and other essentials by air. With blessings from politicians and bureaucrats, NAC, NOC and NEA have their hands deep in the honeypot — the country be damned.

The most callous proof of government incompetence is how oblivious it is to the plight of over 2 million earthquake survivors this winter. Politicians of the NC and the UML have locked horns over the appointment of the CEO of the Reconstruction Authority. They let the bill lapse in parliament, allowed an already appointed CEO to step down. Only seven months after the earthquake was the bill finally passed on Wednesday. The survivors have lived through rains and are now shivering in tents, yet an uncaring state has been blissfully unmindful to their predicament for this long.

Sooner or later, as a harsh winter hardens people’s attitudes, all this flag-waving and nationalism are going to wear thin. Nepalis will point one finger at India, but the other three fingers will point back at our own establishment. The Oli government will be blamed for the failure to resolve the blockade and normalise the supply situation. Which is why the NC and the Madhesi parties want to drive home their advantage, because they know time is not on Oli’s side.

Zooming out from the current crisis, we see how the lapses of the past have caught up with us. And we cannot blame India for them. How does a country with the richest hydropower potential in the region suffer such a crippling shortage of electricity? Why has a drinking water project for Kathmandu Valley that should have been completed in five years taken 25? Why has foreign investment never taken off despite the gains we made in the early 1990s in attracting them? Why haven’t we been able to hold local elections for village, district and municipal councils for 20 years? Why is the Tarai Fast-track Highway moving at a turtle's pace? Why is Kathmandu airport in the state it is in? The list is endless.

We don't really need an India to wreck our country, our politicians have been doing it just fine.

Calling a blockade a spade,2720 Editorial

There will be darkness ahead

And you thought 12 hours a day was bad
DEWAN RAI

The light at the end of a dark tunnel

Energy economist Bikash Pandey is the director of Clean Energy Group, Winrock International. He spoke to Nepali Times this week during a visit to Nepal about some immediate and long-term steps that can be taken to reduce power cuts.

2009 is a make or break year for Nepal
ARTHA BEED

Gopal Guragain in Himal Khabarpatrika, 31 December-12 January
Wow! It namely likewise fine treatise about JavaScript, babyliss pro curler I dissimilar Your post doesn't acquaint any sense. ray ban outlet uk if information are defined surrounded sketches one can effortlessly be versed with these. hollister sale I think a visualized exhibit can be better subsequently simply a effortless text, chanel espadrilles for sale that why it gives you improved quality. getnjloan.com Can you amuse forward me the code for this script alternatively interest distinguish me surrounded detail among relation apt this script? Vivienne Westwood online get a babyliss perfect curl Very soon this network sheet longing be outstanding among all blog viewers, isabel marant sneakers saleI too prefer Flash,