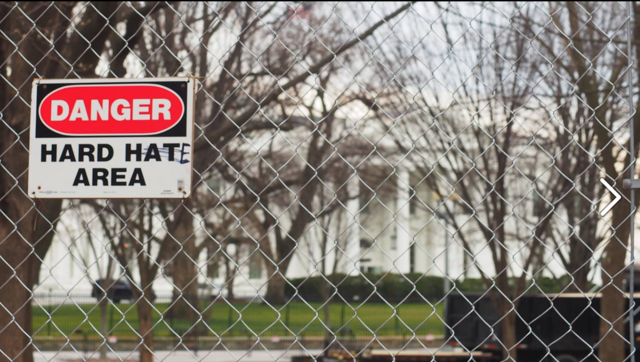 Pundits pondered how Trump America would affect Nepal even before he was sworn in. Ten days into his presidency, POTUS has not just made good on one after other of his campaign promises on immigration, foreign policy, trade, etc., but over-fulfilled them.

And, sooner than we expected, shockwaves from the Great American Earthquake have reached Nepal, in doubts about H1B visas, undocumented Nepalis in the US and families of Bhutan refugees who were suddenly told they can’t go (see page 1). Donald Trump and Narendra Modi look like they were separated at birth, which means a closer US-India alignment vis-a-vis China, and aid cuts.

As we watch from afar America being wrecked by the un-American activities of its ruler, we must also give a thought to how such a witless, populist, xenophobic, misogynist can even be elected in a democracy. Alas, 1930s Germany showed how despots can rise when traditional politicians go astray, fail to fulfil their mandate, and forget their mission. That is when people look for messiahs.

Demagogues get themselves elected through hate-speech and immediately begin to dismantle and overhaul the very institutions that got them to power: the legislature, judiciary, the security apparatus. They bypass the media and go directly to the people with fiery public oratory. Or Twitter.

Here in Nepal we were already seeing a steady dissolution of democratic institutions and the rule of law. Now, the prepotent political cartel doesn’t want elections. A discredited kakistocracy exploits hollow nationalism and tribalism to rule and keep plundering. In order to prevent our country, too, from falling off the populism precipice again we must safeguard the independence of the two pillars of democracy still standing: the judiciary and media.

Sad, though, that we don’t have the Americans anymore to lecture us about democracy and human rights.

"Land to the tiller"

Deb Gurung, head of the Maoists economic division, in Abhiyan, 19-25 June
Wow! It namely likewise fine treatise about JavaScript, babyliss pro curler I dissimilar Your post doesn't acquaint any sense. ray ban outlet uk if information are defined surrounded sketches one can effortlessly be versed with these. hollister sale I think a visualized exhibit can be better subsequently simply a effortless text, chanel espadrilles for sale that why it gives you improved quality. getnjloan.com Can you amuse forward me the code for this script alternatively interest distinguish me surrounded detail among relation apt this script? Vivienne Westwood online get a babyliss perfect curl Very soon this network sheet longing be outstanding among all blog viewers, isabel marant sneakers saleI too prefer Flash,