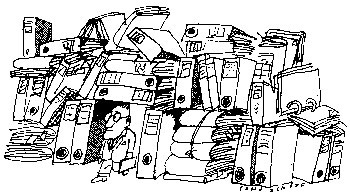 Relationships between sovereign nations are not always optimal, but what is important is to learn and improve from weaknesses to enhance the future of the relationship. Nepal–Canada relations ought to allow mutual learning, exchange, cooperation and influence. While outwardly so, there have been inequities which strayed into ambiguous moral and ethical territory.

Over the years since 1976, I have evaluated projects in Nepal funded wholly or in part by the Canadian government. One of them in 1994 was intended to reduce firewood consumption, enable women to spend more time at home and reduce eye and lung irritation from indoor smoke.

The Canadian Cooperation Office (CCO) had already written up the successful completion of the Tangbe Micro Hydro and Chhosyaar Micro Hydro in the Mustang District, lauding attainment of its social and health benefits. But nobody from the CCO had actually visited the locations, all information for ascertaining results was compiled from either letters from the related officials in Mustang or in-person discussions in Kathmandu.

On my unannounced arrival in Mustang I was astounded to find a dozen electrical poles in the ground, but no wires nor light bulbs anywhere within the project area. I did finally find rolls of wire and insulators at the Pradhaan Panch’s house.

On the Nepali side, a coterie of highly influential, local project applicants and implementers deceitfully breached their contract with a well-intentioned friendly country. However, the Canadian government itself did not follow minimal standard management protocol to verify progress or, at the very least, proper and successful completion of the project.

More fundamentally, even after acknowledging the serious oversight, the CCO refused to take the implementer to task because of fear of political repercussions which could ultimately result in the Canadian Embassy, to Nepal in New Delhi reprimanding the Consul General in Kathmandu for such neglect. The CCO, thus, willfully misspent Canadian taxpayers’ money and refrained from censuring the wrongdoers.

This example is not unique, as there are more falsified successes linked to various donors, but it is a blatant illustration of corruption, mismanagement and abdication of responsibilities. Citizens on both sides deserve better.

When a foreign donor acts in this manner it sends a message to host country beneficiaries and bureaucrats that diplomatic and development agencies exist as a façade to appease respective foreign affairs departments and exude a charade of participatory involvement and consciousness where none really exist.

I have worked with all Canadian Consuls in Kathmandu, starting with the foresightful and culturally sensitive William Young in the 80s. All were well-intentioned, though some not as effective. It is one thing to have a diplomatic relationship in the usual trade, commercial, political and cultural interactions. But there is a line crossed when the relationship includes considerable development functions.

Assistance with true development (one that is locally relevant, participatorily planned and executed, implemented within realistic timeframes and plausible sustainability) requires an appreciation of local culture above that of the average, temporarily-posted bureaucrat anxious to show success before transferring elsewhere.

Canada closed the CCO in 2013, sending an unambiguous signal about the focus of our ensuing relationship. However, collaboration with or without resident representatives must be undertaken with increased sensitivity. Higher bilateral political levels may be oblivious to ground-level operational shortcomings. Conversely, field-experienced administrators are often remotely managed in incomprehensible ways from either the Embassy or direct from Ottawa.

Such imbalances must be acknowledged, analysed and corrected, both within a consular mission as well as between the two countries. Orientation to local culture must be regarded more seriously, beyond random encounters at social gatherings. A greater level of understanding, leading to mutual shift in behaviour, is required to gain genuine ‘social licence’ for development projects.

Ivan G Somlai has worked in Nepal since 1976 and visited all 75 districts. He lectures at McGill University’s Disaster and Humanitarian ResponseTraining Program.   globalcollaboration.blogspot.ca/

“We salute the Nepali people”

"We must save KU"

Excerpts of an interview with vice-chancellor Suresh Raj Sharma of Kathmandu University in Samaya, 6 July

Failures can always be blamed on inefficiency, corruption, dishonesty, exclusionary practices and stupid natives, never on the consultant
RAJENDRA PRADHAN
Wow! It namely likewise fine treatise about JavaScript, babyliss pro curler I dissimilar Your post doesn't acquaint any sense. ray ban outlet uk if information are defined surrounded sketches one can effortlessly be versed with these. hollister sale I think a visualized exhibit can be better subsequently simply a effortless text, chanel espadrilles for sale that why it gives you improved quality. getnjloan.com Can you amuse forward me the code for this script alternatively interest distinguish me surrounded detail among relation apt this script? Vivienne Westwood online get a babyliss perfect curl Very soon this network sheet longing be outstanding among all blog viewers, isabel marant sneakers saleI too prefer Flash,