I am gay and I am not afraid

Since the video was released, Limbu says he has had an overwhelming number of people write to him
Sahina Shrestha 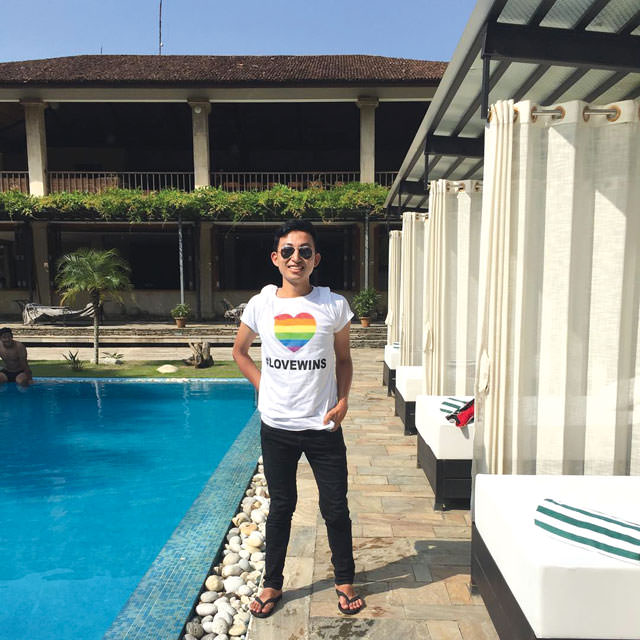 In a poignant and powerful video released on Saturday, popular UK-based Nepali blogger Lex Limbu shares his story about his sexuality, family and life. Shot in a point, shoot and express format with no script and lines, Lex bares it all in a 17-minute-long video posted on YouTube over the weekend.

Limbu is unapologetically himself, being comfortably vulnerable and uninhibited in expressing his thoughts, challenges, fears and feelings. He opens up about being gay and how his family reacted when he first told them about himself.

Drawing inspiration from the people he met from the LGBTQI community, Limbu has used social media to reach out to people to share his story, and talk about the challenges which many others can relate to, but may not be able to express.

“I hope more people realise that we are not alone in the challenges that we are facing and most importantly, I hope this video encourages people to talk to someone regarding the difficulties that they are facing,” Limbu said in an email interview with Nepali Times.

When shooting the video Limbu wasn’t worried about positive or negative reactions, his most pressing concern was, “what if nobody watches it?” He wanted it to be seen by as many people as possible to be able to start a conversation on the importance of being able to freely express one’s self and to live a life that is true to your nature.

In the two days since its release, the video had already been watched more than 26,000 times on YouTube. Many shared it, praising his courage for coming out in public. It is slowly but surely generating a discussion on acceptance, acknowledgement and equality in the social sphere.

Although Nepal’s new Constitution recognises the rights of LGBTQI, and a section of society is comparatively tolerant and open-minded, a considerable majority is still homophobic. Hence, many from the LGBTQI community are afraid to come out, fearing the worst.

Limbu’s brave step in publicly coming out is surely going to help others like him in Nepal to come to terms with their own sexual identity, and accept themselves for who they are. But more importantly, it will also help the families, friends, neighbours and others associated to homosexual people to understand the fears and concerns of their loved ones.

Since the video was released, Limbu says he has had an overwhelming number of people write to him. Messages of support and appreciation are pouring in from people who have shared their own stories with him, whether it’s about their sexual orientation or the challenges they have faced in their social and personal lives.

Limbu told us: “The past two days have been surreal and receiving video messages of people tearing up and crying has made me think a lot about us as people. I really hope that we connect with each other more, open up and make it okay to be vulnerable to share our worries. There’s so much we share in common and I sincerely hope that this video encourages people to focus on the things that bring us together.”

Between taboo and tolerance, Trishna Rana

You got to have faith

Tech-savvy South Koreans are shamanic believers who complement their belief in Buddhism, Confucionism and Christianity

While China and India have officially recognised the practice, Nepal government is reluctant
Wow! It namely likewise fine treatise about JavaScript, babyliss pro curler I dissimilar Your post doesn't acquaint any sense. ray ban outlet uk if information are defined surrounded sketches one can effortlessly be versed with these. hollister sale I think a visualized exhibit can be better subsequently simply a effortless text, chanel espadrilles for sale that why it gives you improved quality. getnjloan.com Can you amuse forward me the code for this script alternatively interest distinguish me surrounded detail among relation apt this script? Vivienne Westwood online get a babyliss perfect curl Very soon this network sheet longing be outstanding among all blog viewers, isabel marant sneakers saleI too prefer Flash,