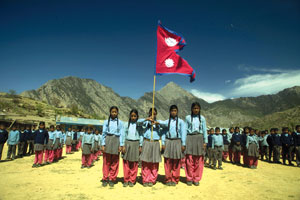 Seventy films from 20 countries will be screened at this year’s Kathmandu Mountain Film Festival 2014 (KIMFF) which begins 11 December at Kumari Hall. A wide range of films from documentaries to fiction, shorts to experimental and animation will be shown.

Films are divided into three categories: international competition, non-competitive and Nepal panorama which features a selection of films by Nepali filmmakers. A new short film competition ‘Generation Green’ has been introduced this year which will showcase films by emerging local talent.

KIMFF will also host the general assembly meeting of International Alliance for Mountain Films (IAMF). Representatives from 21 mountain film festivals from around the world will meet, including Norwegian mountaineer and author of Penguins on Everest Dave Durkin and Nepali Times health columnist Buddha Basnyat. Photographer Henry Iddon will exhibit his series ‘Hill People’ at the venue, while film critic Yegesh will moderate a panel discussion on the correlation between literature and cinema. 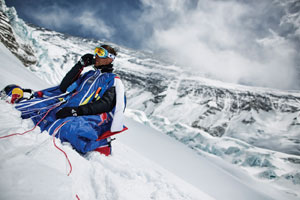 British photographer Henry Iddon, US mountaineer and filmmaker David Breashears and Italian filmmaker Paola Nessi are in this year’s jury and will decide the top three films in the international competition, top documentary film and fiction film in the Nepal Panorama selection. There is also a US$ 1000 award for the best film on mountain development issues

As in previous years, the popular quiz ‘Know your Himal’ will be hosted by Nepali Times editor Kunda Dixit.

Parties are blocked while trying to march to the royal palace, while King Gyanendra tours the country
KUNDA DIXIT

Nepal Samacharpatra, 7 August
Wow! It namely likewise fine treatise about JavaScript, babyliss pro curler I dissimilar Your post doesn't acquaint any sense. ray ban outlet uk if information are defined surrounded sketches one can effortlessly be versed with these. hollister sale I think a visualized exhibit can be better subsequently simply a effortless text, chanel espadrilles for sale that why it gives you improved quality. getnjloan.com Can you amuse forward me the code for this script alternatively interest distinguish me surrounded detail among relation apt this script? Vivienne Westwood online get a babyliss perfect curl Very soon this network sheet longing be outstanding among all blog viewers, isabel marant sneakers saleI too prefer Flash,