Turkish Airlines marks its fourth year of operations in Nepal

Turkish Airlines this month marks its fourth year of operations, connecting Kathmandu directly with Europe and through Istanbul to the rest of the world. The airline has now increased frequency to five times a week. Nepali Times spoke to General Manager for Nepal Abdullah Tuncer Kececi about the challenges and opportunities. Excerpts: 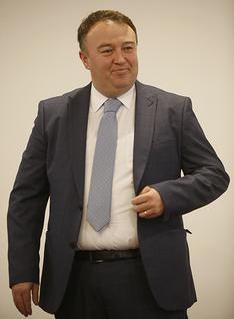 Abdullah Tuncer Kececi: Turkish Airlines started flights to its services in Nepal in 2013 September and has been promoting Nepal as a tourism destination from the beginning. We are celebrating the fourth anniversary of connecting Nepal to the rest of the world.

The number of people travelling to and from Nepal went down almost 40% after the earthquake, but it has been picking up again. We believe, promoting Nepal as a tourism destination will also help to recover quickly. Tourism industry is one of the main incomes for the country. You can see Turkish Airlines in all tourism fairs such as WTM London, FITUR Madrid, ITB Berlin, IFTM Paris trying to promote Nepal.

We are not trying to get a big piece from the cake. We are trying to make the cake bigger for everyone. For us Nepal is more than mountains.

Nepal has great tourism potential. We have a target of 5 million tourists in Nepal. But everything must move parallel to reach this target. As everybody knows, there are some infrastructural problems we have to resolve. These are barriers for growth. Roads, airports, connectivity between cities, number of hotels, service quality -- all must move in parallel. We have only one international airport. The capacity is a major concern for us and all other airlines operating here. Kathmandu is not an easy destination because of heavy air traffic which force aircraft into long holding patterns. The airport has to be urgently upgraded and extended to meet growth targets for tourism. 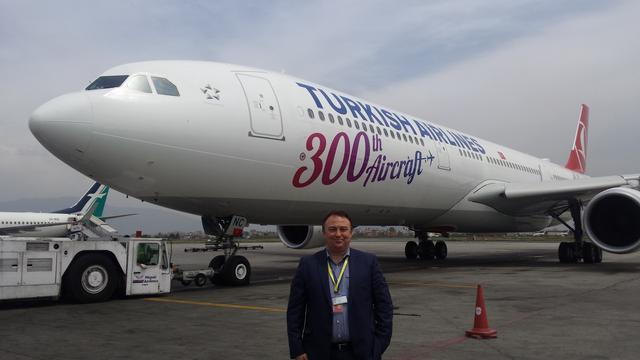 This is a very critical point for us. We are the only European airline and have a long-distance flight to and from Kathmandu. The cost of refueling in Kathmandu is almost double than at other destinations, and it is unacceptable for us and other airlines too. Similarly, ground handling charges are unreasonably expensive and do not meet quality standards. We are trying to increase frequency to daily to Kathmandu, but it is not easy because of these reasons. Friends must tell the truth. We will correct all these areas together and in collaboration with all related organisations and authorities. This is not just for us, it is for Nepal.

We have to be hopeful and keep prodding the authorities. All international airlines operating in Nepal need to offer their quality of service to continue their business. Even though Nepal is very popular as a tourist destination, a lot more people would come here if the infrastructure was upgraded. We keep explaining to the concerned authorities that Nepal can reap benefits if airlines bring in more people. So, I am hopeful that the authorities will come up with the solutions. We will keep pushing the government and want everybody to see us as a part of the solution, and provide better service to help Nepal’s tourism industry.

We already have two airports in Istanbul. Now we are building the third one. The new airport in Istanbul will be one of the world’s biggest airports and will be completed next year. The city’s location makes it an ideal transit hub for passengers from Kathmandu to world destinations. We are also encouraging transit passengers flying via Turkish Airlines to make stopovers in Istanbul by offering reasonable packages and e-visas. Besides that, depending on the connection time we have tour Istanbul packages and free hotel accommodation.

Nepal’s tourism industry has seen what Turkish Airlines trying to do to develop the market. Hopefully we will celebrate silver, golden anniversaries and daily two flights in future. We will move together with Nepal to reach the targets.

In the not-so-distant past, Nepalis were hardwired into thinking that the "Made in Nepal" tag didnt make the grade.
SRADDHA BASNYAT and SOPHIA PANDE

"I am not corrupt"

Kantipur, 21 March
Wow! It namely likewise fine treatise about JavaScript, babyliss pro curler I dissimilar Your post doesn't acquaint any sense. ray ban outlet uk if information are defined surrounded sketches one can effortlessly be versed with these. hollister sale I think a visualized exhibit can be better subsequently simply a effortless text, chanel espadrilles for sale that why it gives you improved quality. getnjloan.com Can you amuse forward me the code for this script alternatively interest distinguish me surrounded detail among relation apt this script? Vivienne Westwood online get a babyliss perfect curl Very soon this network sheet longing be outstanding among all blog viewers, isabel marant sneakers saleI too prefer Flash,