The young in Jazz

Jazz for the Next Generation showcased a high standard of up-and-coming local musical talent.
Hannan Lewsley 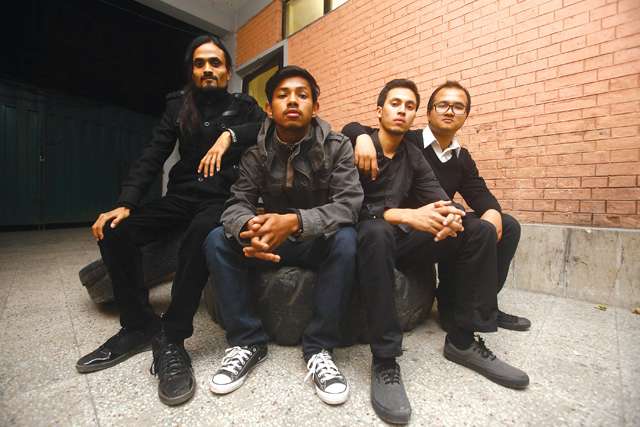 Undeterred by the current blockade, the annual jazz festival, Surya Nepal Jazzmandu - kicked off with its inaugural event on Wednesday evening: Jazz for the Next Generation.

With performances ranging from covers of pop legends such as the Beatles and Tina Turner; to jazz legends such as Chet Baker; as well as a range of outstanding originals, Jazz for the Next Generation proved once again that talent is not a commodity in short supply in the local music scene.

Announcing the winners, guest judge Haim Deskoff of Katamon Cherry, said: "The performances were so diverse… it was very hard for us to decide". 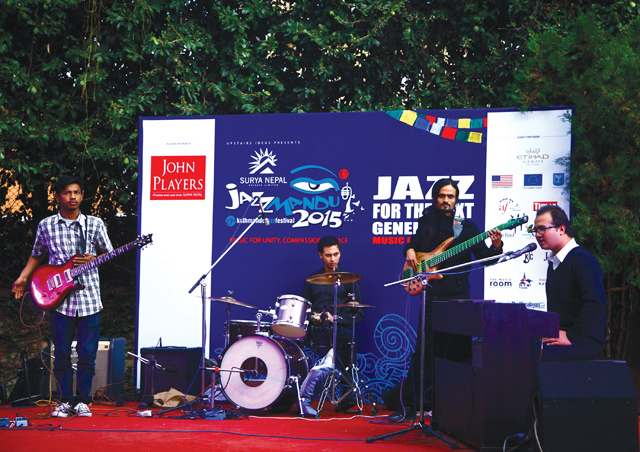 The Forty Fingers Collective (pic, above) were judged the best band, and with good reason. With a cohesive set, the band exhibited both talent and passion. Their jazz original clearly impressed both the audience and judges.

Many were surprised to listen to the music of the band, which started playing together only two weeks ago.
"We formed this band just for the festival,” Mark Donald Rani, the band’s drummer told Nepali Times. Rani was also awarded the title of Most Outstanding Artist. Other members of the Indo-Nepal band include: guitarist Anish Malla, bassist Shawnbert Pyngrope and pianist Sanjay Shrestha.

As part of its prize, the band will be performing at Jazz Bazaar, one of Surya Nepal Jazzmandu’s premier events to be held this Saturday at the Gokarna Forest Resort. The members will also get to take part in a series of masterclass workshops with a wide range of international and local acts involved in the music festival. 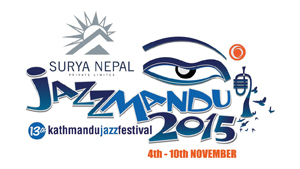 Not knowing each other personally before their formation, the only commonality the band shared was the Kathmandu Jazz Conservatory, as well an overwhelming commitment and skill for music, of course.

But with three originals already in its repertoire, the band is enthusiastically planning for the future: “The masterclass is the greatest prize,” the band’s pianist, Sanjay Shrestha admits.

When asked about the band’s future plans, Shrestha expressed the organic approach the band is taking. “We’ll see how it evolves,” he replied.

The Forty Fingers Collective is definitely an upcoming group to keep an eye out for and those who missed out on the band’s Wednesday performance can hear them at Saturday’s Jazz Bazaar.

Fuel up of jazz, Madeline Zutt

Editorial in Annapurna Post, 6 December
Wow! It namely likewise fine treatise about JavaScript, babyliss pro curler I dissimilar Your post doesn't acquaint any sense. ray ban outlet uk if information are defined surrounded sketches one can effortlessly be versed with these. hollister sale I think a visualized exhibit can be better subsequently simply a effortless text, chanel espadrilles for sale that why it gives you improved quality. getnjloan.com Can you amuse forward me the code for this script alternatively interest distinguish me surrounded detail among relation apt this script? Vivienne Westwood online get a babyliss perfect curl Very soon this network sheet longing be outstanding among all blog viewers, isabel marant sneakers saleI too prefer Flash,