A whole day of stories, workshops, panels, performance by women for women this Saturday
Smriti Basnet 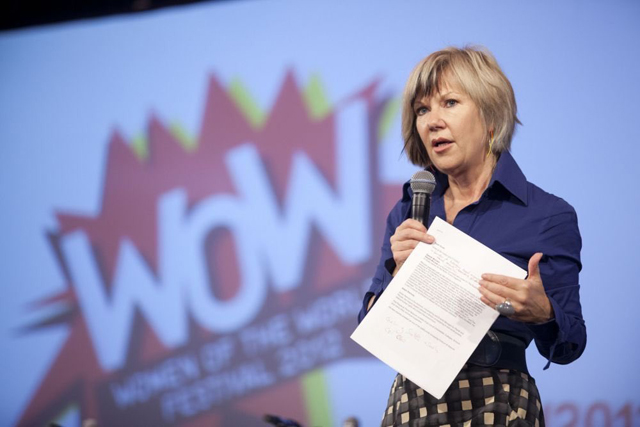 In 2010, Britisher Jude Kelly (above) started a festival called Women of the World (WOW) festival to encourage conversations, celebrate stories and experiences of women from different walks of life.

Seven years later and the festival has grown into a full fledged global movement, way beyond what Kelly had expected.

“I really wanted to say that if you are a woman, or if you know a woman, this festival can celebrate your history and challenge any obstacles that are being experienced in the world,” Kelly told Nepali Times over e-mail. Kelly is also Southbank Centre’s Artistic Director.

This year, Kathmandu too, will host its own WOW festival in partnership with the British Council on 18 February, weeks ahead of International Women’s Day on 8 March. The festival has already been held in 20 cities across five continents.

“Through celebrating the achievements of the women they provide powerful role models, and through bringing together people from across South Asia they help to build a powerful network,” said Jim Hollington, Director of Arts South Asia of British Council.

The event comes at a a time when women’s issues are being strongly voiced in the country - in both social and political context. Kelly noted: “There is still too strong a perception that women’s equality would undermine men’s identity and destroy cultural traditions.”

Kelly will be among 99 speakers, panelists, mentors and performers who will be present at the event on Saturday. Other speakers include Anuradha Koirala, Sunita Danuwar, Malvikka Subba, Loonibha Tuladhar, Kripa Joshi and others.

Sri Lankan mountaineer who climbed Mt Everest, Jayanthi Kuru Utumpala, will also be attending to talk about the challenges of not just climbing the world's highest mountain but also fitting into a male-dominated sport. “My experience has shown that one’s gender really does not matter,” said Utumpala who hopes to inspire others.

Pakistani tech incubator Jehna Ara hopes to bring in her experiences of working in technology and the media at the event. Passionate about empowerment of women and youth, Ara believes it is technology that has enabled cities to engage with policy makers and make their own viewpoints known.

“I can’t wait to get up and go to work where I am surrounded by young men and women with stars in their eyes,” said Ara who has helped start initiatives like Pakistan branch of Women on the Web, Take Back the Tech, and Women’s Virtual Network.

Nepali social entrepreneur Sumana Shrestha lays emphasis on data to assess and find solutions to existing problems. “Numbers give us target, and they give us something to fight against,” said Shrestha, founder of the Facebook group Carpool Kathmandu which offered rides during the Indian blockade last year. Shrestha will share the stage with Ara and many other speakers to talk on ‘Taking over Tech’.

“I hope feminists connect over this event, that will be the single best outcome," said Shrestha of her expectations.

However, apart from women themselves, the event has gone on to include men like Kapil Kafle, who has actively been involved with MenEngage Alliance, an NGO established in 2007 in Nepal to encourage men to also fight gender inequality.

“There have been some male politicians who have raised issue of women's rights and female foeticide, dowry giving, property rights and several other issues have also been taken up by male MPs,” said Kafle. However, despite such progress, he feels more needs to be done.

British Council hopes to host another WOW event in 2018 in South Asia.

Freedom is not free, Smriti Basnet

The water gardens of Balaju

The new pools are stagnant, their fountains refuse to play. The flowerbeds try valiantly to battle the press of people.
DESMOND DOIG

A courtyard to the Buddha’s memory

No record of Buddhas visit to the Valley exists other than hearsay attached to hallowed spots. Like a small courtyard in Patan.
DESMOND DOIG
Wow! It namely likewise fine treatise about JavaScript, babyliss pro curler I dissimilar Your post doesn't acquaint any sense. ray ban outlet uk if information are defined surrounded sketches one can effortlessly be versed with these. hollister sale I think a visualized exhibit can be better subsequently simply a effortless text, chanel espadrilles for sale that why it gives you improved quality. getnjloan.com Can you amuse forward me the code for this script alternatively interest distinguish me surrounded detail among relation apt this script? Vivienne Westwood online get a babyliss perfect curl Very soon this network sheet longing be outstanding among all blog viewers, isabel marant sneakers saleI too prefer Flash,