Football teams from Tibetan refugee settlements across India, Nepal, US and Canada compete at the GCMGC annually
James Carsten 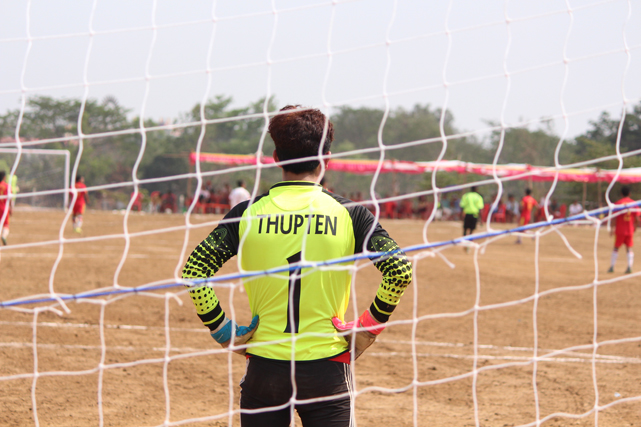 Each year football teams from Tibetan refugee settlements across India, Nepal, US and Canada come together to compete at the Gyalyum Chenmo Memorial Gold Cup (GCMGC) held in memory of the Dalai Lama’s mother who passed away in 1981.

The location for this year’s tournament, the 22nd, was a dusty football field of the Doeguling Tibetan Settlement in Mundgod of the state of Karnataka in India. There were 18 teams: 16 from India and two from Nepal.

Representing Kathmandu was the Boudha-based Team Choelsum United which received financial support from community members and local business owners to pay for travel and participation.

The club’s manager, Rinzin Sherpa said that Choelsum’s aim is “to get more Tibetan youngsters into football”. He sees the sport as an alternative to drugs and alcohol abuse for young Tibetans in Kathmandu and elsewhere. 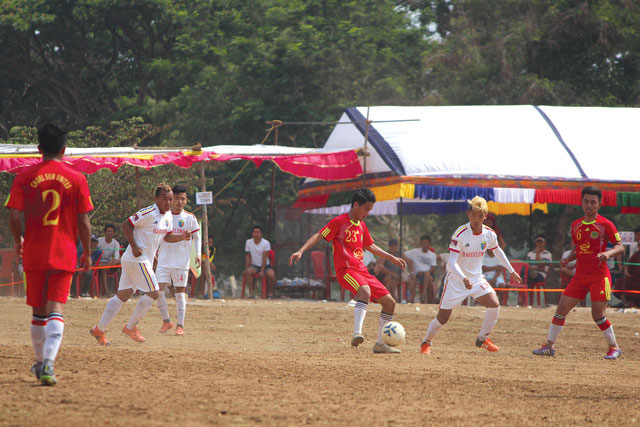 Competing in the GCMGC in 2013, Choelsum did not advance out of its group, and this year was no different. The club was placed in Group C with Dhargyaling Sports Club, from Tezu, Arunachal, Gulladhalla FC, from Bylakuppe, Karnataka, and Gangjong FC, from Shillong, Meghalaya. Choelsum played to a draw in all three matches.

The club from the Tibetan Dickey Larsoe settlement, in Bylakuppe, Karnataka, hoisted the Gold Cup defeating the Dhondupling Settlement Club from Clementown, Uttrakhand, 1-1 (4-1) on penalty kicks in the final. 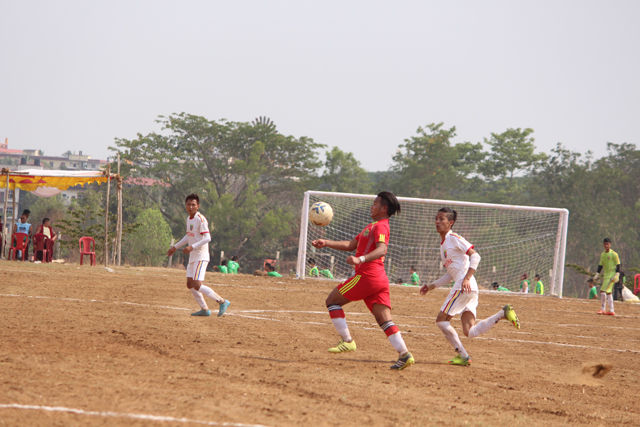 A Kathmandu team hoisted the Gold Cup in 2004, but no Valley club has won since. Choelsum United hopes it can change that next year.

Since 2003 the tournament has been organised by the Tibetan National Sports Association which aims to promote the game of football within the Tibetan Community and raise awareness about the Tibetan cause and issues.

Kelsang Dhondup, the executive secretary of the TNSA, worked closely with a local voluntary association, the Doeguling Youth Sports Association, to help organise this year’s tournament.