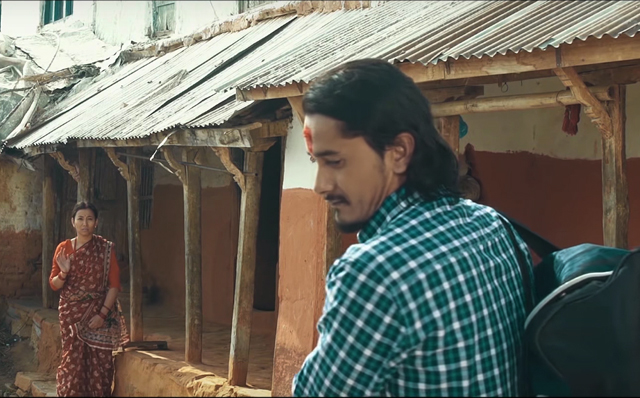 “My wife’s name is also Saili, it has been 10-12 years since I’ve left Nepal and I am about to also reach 40. This is my reality,” reads a comment on the YouTube page of the music video of Saili by Hemant Rana. Thousands of others have taken to the comments section to say how they can relate to the song which deals with a migrant worker who leaves his wife, Saili, and laments that he will enjoy the fruits of his labour only when he turns 40.

Some viewers have been so moved that they have even penned their replies in verse to the haunting lyrics composed by Himal Saud and Kali Prasad Baskota. Songs on migration are as old as migration itself. From the time Nepali farmers migrated to Assam, when they left to join the Indian and British Armies and die for someone else’s country, to the present day exodus to the Gulf and Malaysia, the song has resonance among millions of Nepalis who have migrated to provide for their families back home.

“Saili is a personal story of each one of the millions of Nepalis who are abroad,” explains singer Hemant Rana. “It brings together the issue of migration and love and maybe that is why it spoke to the masses.”

Inspired by the stories of the Nepalis they met abroad, the writers were giving the final touches to the song when Rana came across the haunting lyrics. Baskota asked Rana to voice the song, and after recording put it up on the Net. There was no looking back. Less than two week since its release, the song is approaching 8 million views online, which is nearly one-third of Nepal's population. The song has earned praise for the singer, its lyrics as well as the sensitive editing and direction of the video which was shot on location in Nepal and Dubai.

“It is the singer who carries the song, the lyrics and composition are secondary, and Hemant has done a fabulous job,” says music critic Prakash Sayami, “at a time when most of the popular videos either rely on stars or glamour, this one depicts the stories and sorrows of normal people. The video is also technically better than most others out there.”

Rana credits the entire team for the song’s success. “The composition and arrangement are what makes the song appeal to the ears,” says Rana, who decided to direct the video himself. “With my other songs, I felt there were discrepancies between what the song was trying to say and what was portrayed on screen. So, I decided to take the risk and direct this one myself,” he adds.

Rana chose Gaurav Pahari, his partner in GH Entertainment, to act as the protagonist and cast Menuka Pradhan because of her superior acting skills. Initially, the plan was to start the video from the moment the two parted, but Rana felt their last night together would add poignancy. “I think the intimacy of the moment added to the video and made it more realistic,” he says.

The video’s global reach and popularity is also due to the spread of smart phones among Nepalis and the diaspora, and faster data. Says Rana, “Many Nepalis living abroad who don’t have access to Nepali tv and radio can hear the song through the internet, so it was a good decision.”

The economy, at a snapshot

We know what works

A flight of freedom

Cambodia has lessons to offer for Nepal's tourism
ARTHA BEED
Wow! It namely likewise fine treatise about JavaScript, babyliss pro curler I dissimilar Your post doesn't acquaint any sense. ray ban outlet uk if information are defined surrounded sketches one can effortlessly be versed with these. hollister sale I think a visualized exhibit can be better subsequently simply a effortless text, chanel espadrilles for sale that why it gives you improved quality. getnjloan.com Can you amuse forward me the code for this script alternatively interest distinguish me surrounded detail among relation apt this script? Vivienne Westwood online get a babyliss perfect curl Very soon this network sheet longing be outstanding among all blog viewers, isabel marant sneakers saleI too prefer Flash,