They grew up in Maiti Nepal and are now treating patients, prescribing medication and dressing wounds in the emergency ward
Ramu Sapkota 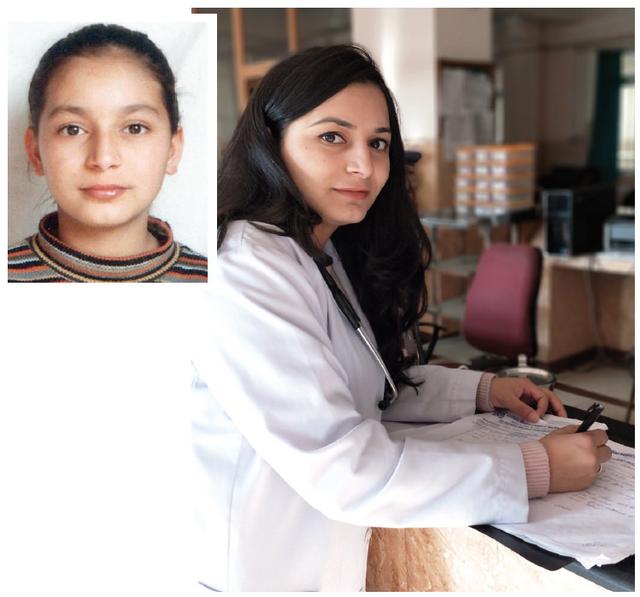 Samjhana Pokhrel was taken to Maiti Nepal shelter for children after her mother passed away when she was five. Pokhrel is now an intern at Lumbini Medical College.

Amidst all the scandals in the medical education sector, there are stories of struggle and sacrifice like those of interns Priya Sherpa and Samjhana Pokhrel, who rose from humble beginnings in rural Nepal and are on their way to becoming physicians.

Now 24, Pokhrel was 5 when her mother passed away in their home in Syangja. Her father was bed-ridden, and with no money she could not continue her studies so a neighbour dropped her off at Maiti Nepal shelter for children.

Sherpa, 22 and from Jhapa, had an even more hardscrabble childhood. After she lost her mother at a young age, a neighbour took her and a younger sister to Kathmandu, where they were forced to work as domestic help, not given enough to eat and never sent to school. When the neighbour became physically abusive, Sherpa’s sister ran away and reported it to police, after which both were rescued by Maiti Nepal. 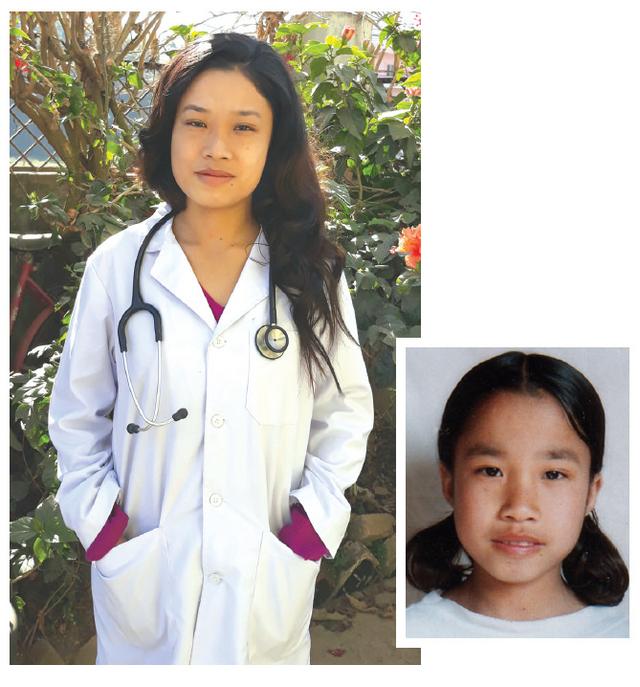 Priya Sherpa and her sister were forced to work as domestic help from a young age. She was rescued and taken to Maiti Nepal after her employer turned abusive.

Pokhrel and Sherpa were then admitted to Teresa Academy, a school established by Anuradha Koirala of Maiti Nepal in 1998 with the aim of educating less fortunate children and orphans. So far, 250 students have graduated and many are now working as engineers, doctors, singers, or choreographers.

“I went everywhere asking for support so that the children could study. Their success today has given me a kind of satisfaction that is found rarely,” says Koirala, adding that the school operates with funds from national and international donors.

As a young student in Teresa Academy, Pokhrel wanted to be a basketball player but when she excelled in her exams she decided on a medical career. Sherpa also pursued medicine soon after getting commendable scores. 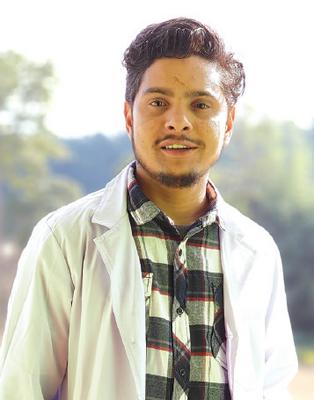 As a young child Krishna Prasad Neupane slept with his family on the ground in Gausala.

Koirala herself rescued Krishna Prasad Neupane from the streets when he was six. When the Neupane family moved to Kathmandu from Jumla 22 years ago, they sold herbs on the footpath in Gausala during the day and made the open ground their bed at night. Koirala saw their miserable condition and took Krishna to Maiti Nepal. The boy started imagining himself becoming a doctor after finishing his high school with flying colours.

Koirala then got all three of them to study in Lumbini Medical College. Four-and-a-half years later, they are now treating patients, prescribing medication and dressing wounds in the emergency ward.

“If we hadn’t arrived in Maiti Nepal, none of this would have been possible, we couldn’t have found this happiness,” says Pokhrel, who wishes to pursue an MD and earn a specialisation. “I want to serve the poor and victims of violence.” Neupane aims to become a surgeon and work at Maiti Nepal’s clinic.

Having been a victim of domestic violence herself, Sherpa knows she is fortunate and says she chose this profession so she could help others by specialising in public health.

Back at Maiti Nepal, Koirala is content: “They will soon become doctors and yet they make time to check up on me from time to time. What more does a mother need to be happy?”

From bahadur to chef

Nepalis have found a niche running Indias Chinese restaurants
ALOK TUMBAHANGPHEY
Wow! It namely likewise fine treatise about JavaScript, babyliss pro curler I dissimilar Your post doesn't acquaint any sense. ray ban outlet uk if information are defined surrounded sketches one can effortlessly be versed with these. hollister sale I think a visualized exhibit can be better subsequently simply a effortless text, chanel espadrilles for sale that why it gives you improved quality. getnjloan.com Can you amuse forward me the code for this script alternatively interest distinguish me surrounded detail among relation apt this script? Vivienne Westwood online get a babyliss perfect curl Very soon this network sheet longing be outstanding among all blog viewers, isabel marant sneakers saleI too prefer Flash,