Window to a new future 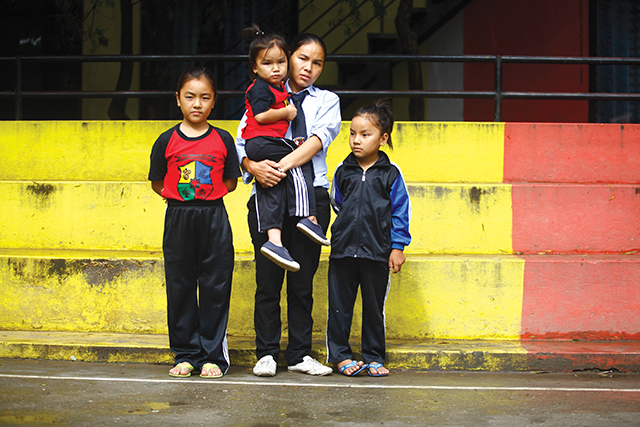 Ostracised by her in-laws for giving birth to three daughters, Sonam Gyalmo left her house in Dolakha and came to Kathmandu three years ago. She was just 23, alone and looking after three girls.

“I mustered the courage to leave my husband and in-laws but I didn’t have any income to survive in Kathmandu, and didn’t have education,” said Gyalmo. She had just passed her school exams when she married at 16, having her first baby a year later, and had to leave school. She gave birth to a third child to fulfil the family’s desire for a boy.

After her husband left for Saudi Arabia and didn’t return, Gyalmo was tormented by her in-laws and left them. Destitute and abandoned, she arrived in Kathmandu with a dream of educating herself and her children.

That is when she came across Niten Memorial Higher Secondary School (NIMS) in Tokha, which was more than a school: it was also a home for 410 children without families, survivors of disasters and trafficking. Gyalmo completed her own studies, and now her own children are also enrolled there.

“I can’t imagine what would have happened if not for this school,” she says.

Established in 1995 as a school for street children, NIMS has graduated 340 students. Apart from classes, the institution also has vocational education so students have skills when they pass out.

NIMS was started by Nicole Wick Thakuri, who comes from a privileged Swiss family. “As a child I didn’t understand why all children did not have the same right to education,” she adds. This feeling deepened, became more intense when she saw street children in Thamel, and that is when she began NIMS. 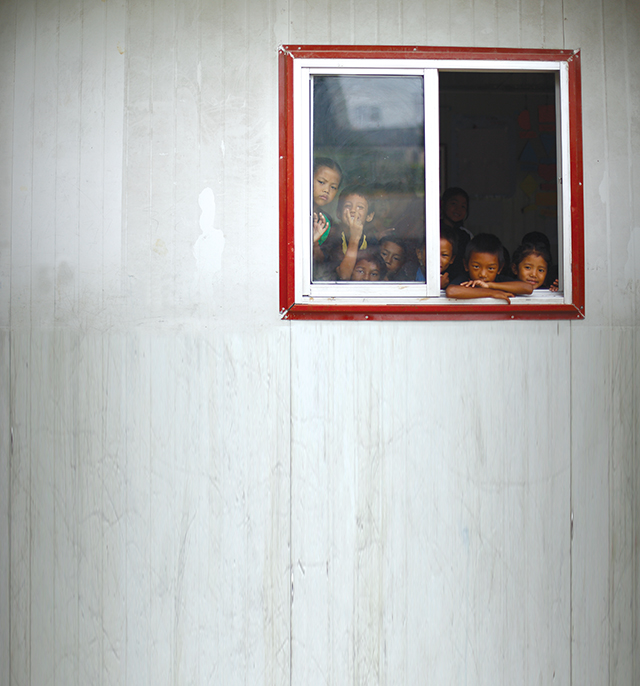 Sapana Tamang is another NIMS alum. Her mother died when she was a baby, her father remarried and abandoned her. Sapana was brought to NIMS and was raised and educated there. After she completed secondary school, the school helped her find sponsors to do an MBBS in Bangladesh. At 25, Sapana Tamang today is a paediatrician at International Friendship Children’s Hospital and runs a medical clinic at NIMS itself.

Kamala got pregnant after being raped by her stepfather at 16. Ostracised by family and society, she was taken in by NIMS. After giving birth to a baby boy, Kamala completed her higher secondary level. Today she works in a cold store and is studying for a Bachelor degree in a private college.

Now that NIMS has grown from the initial few street children, Nicole Wick Thakuri feels she has larger responsibilities. She has given up her Swiss nationality to stay on in Nepal, focus on raising money to take care of more needy children in Nepal.

Says Sapana Tamang: “I want to give back to the school that gave me a new life. Forget about becoming a doctor, I would not have been able to complete my high school if it hadn’t been for this school.”