Trails destroyed by the earthquake are being fixed, reviving trade
Riwaj Rai in Dhading 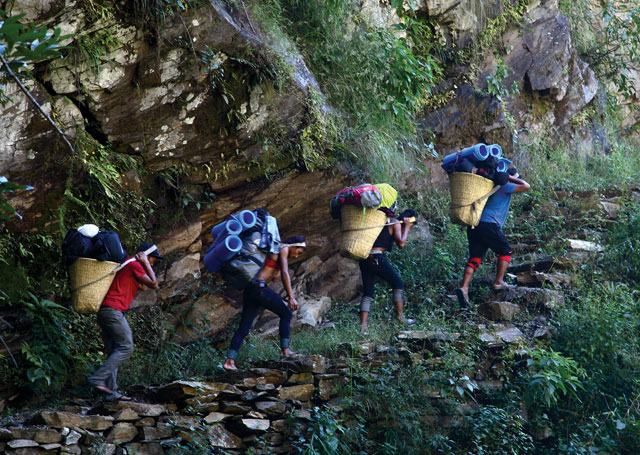 While the residents of Kathmandu complain about potholed roads and dusty sidewalks, here in remote northern Dhading district people are happy that the trail system destroyed by the 2015 earthquakes is being restored for local trade and trekking.

Trails are the only access to the northern regions of this district, which feel as remote as Humla even though it is only 90km from Kathmandu. The lack of road access has meant that villages like Rigaun and Lapa always suffered chronic food shortages. The earthquakes made them even more remote. But today, villagers once more have easy access to neighbouring villages as well as Galsang, the nearest jeep station from where there is motor transport to the district headquarters of Dhading Besi and the Prithvi Highway to Kathmandu. 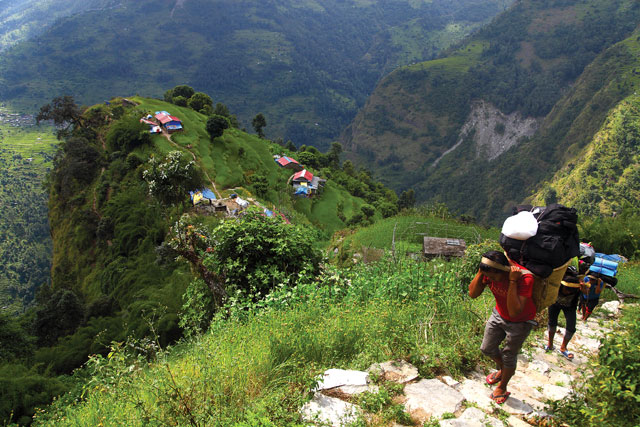 Dhading is the only district in Nepal that has terrain rising from the Chure hills bordering Makwanpur to the south, and from Ganesh Himal range to the north. It borders Kathmandu to the east, Gorkha in the west and Rasuwa to the north.

The first section of the repaired trail system starts at the settlement of Richet in the village of Rigaun, linking Karang and Kichet before finally descending to Lapa. The serpentine trail with stone steps runs about 27km and was cut off by the quakes.

“Walking the trail was extremely difficult and during monsoon it was hardly possible. It is very steep and Lapa is at least half a day’s walk from here,” said Ram Bahadur Tamang, 35, a porter from Richet. “Now that the trail has been repaired, it is much safer."

Ruichet is made up of 170 households, a village of mostly Tamang families. Illiterate and poor, most youths in the village do multiple jobs to make ends meet: carrying loads, farming potatoes and making bamboo baskets. 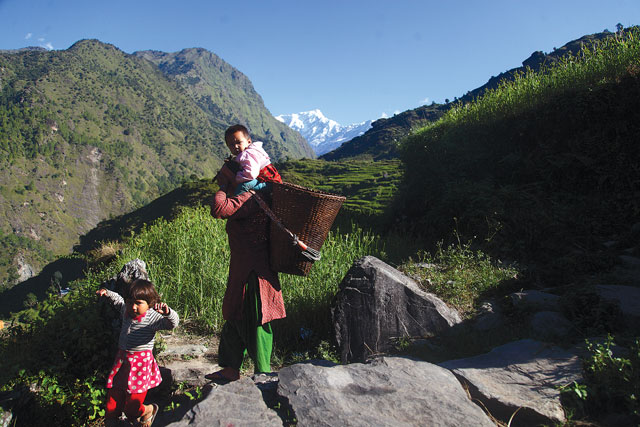 The restored trail makes it easier to transport those products to Galsang and on to Dhading Besi for sale. In turn, heavily-laden mule trains carry sacks of rice, salt, oil and other grocery items from the jeep station at Galsang to villages on the trail.

Repairs to the trail system in Dhading and Gorkha have been funded by donors led by the United Kingdom Department for International Development (DFID) and World Food Program (WFP) which has repaired up to 100km of trails under its Quick Win Trail Project, and there is another 45km left to be restored. 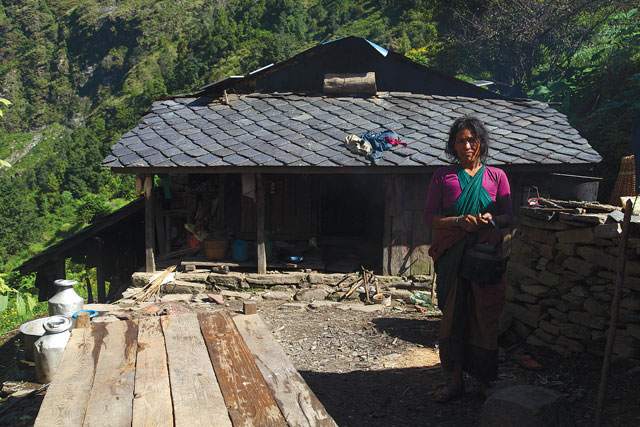 From Richet it takes five or six hours of a steep uphill climb on foot to reach Karang, then another four hours to descend to Lapa. Although a long and tiring journey, the faint music of the rushing Akhu River below helps ease the monotony.

“Going to school for children has become much easier. It used to take almost three hours to reach school from Kachet: now it takes them a lot less," said Mamber Tamang, 30, a teacher at Shree Lapa Rupi Valley School. 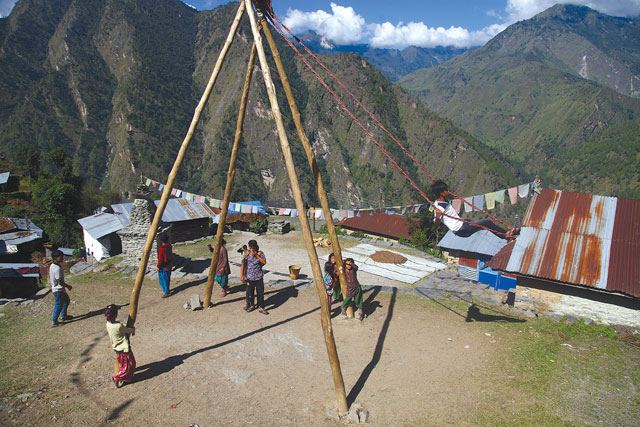 Lapa is known for its bountiful potatoes, with each household producing at least 1,000kg, of which they sell the surplus in Dhading Besi. The trail has now made it much easier, and safer, to transport the cash crop to market.

The 25-km walk from Lapa onwards is blessed with magnificent views of Ganesh Himal and fields of thick lush barley and buckwheat. The repaired trails have also revived hopes of trekking and homestay tourism.

On the path of recovery, Nir Pradhan

Tul Bahadur Pun joined the British Army during the Second World War and was awarded the Victoria Cross for bravery on the Burma front.

How can the planning commission goad the government towards accountability?
AJAYA DIXIT
Wow! It namely likewise fine treatise about JavaScript, babyliss pro curler I dissimilar Your post doesn't acquaint any sense. ray ban outlet uk if information are defined surrounded sketches one can effortlessly be versed with these. hollister sale I think a visualized exhibit can be better subsequently simply a effortless text, chanel espadrilles for sale that why it gives you improved quality. getnjloan.com Can you amuse forward me the code for this script alternatively interest distinguish me surrounded detail among relation apt this script? Vivienne Westwood online get a babyliss perfect curl Very soon this network sheet longing be outstanding among all blog viewers, isabel marant sneakers saleI too prefer Flash,