The movement to rebuild Kasthamandap 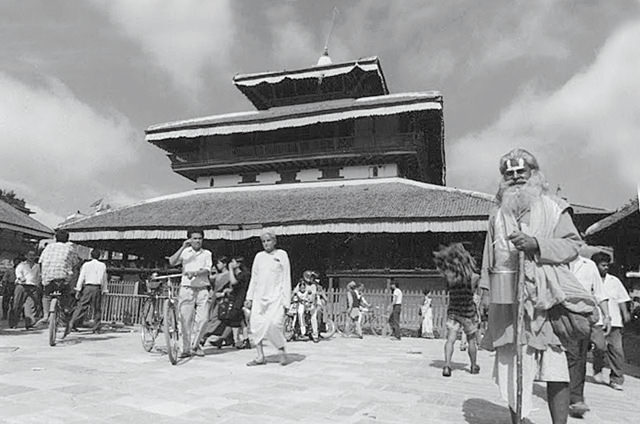 The 2015 earthquake damaged more than 750 heritage structures in Nepal. Many collapsed to the ground, including the iconic Kasthamandap originally built in the 7th century at Kathmandu Durbar Square.

For over a millennium, Kasthamandap stood witness to the timeline of the civilisation of Nepal Mandal. The pavilion was used for many purposes, from royalty-sponsored, as well as community religious ceremonies. It was always a public space, where people, including travelers from Tibet and India came to shop, rest, worship or socialise.

Kanphattajogis, followers of Gorakshyanath, actually lived in the pavilion for centuries until as recently as 1966. It was a colossal, living symbol of Kathmandu’s religious harmony between Hinduism and Buddhism, as many believed the physical structure of Kasthamandap from the foundation to the finial represent various teachings of the Buddha.

Until a few decades ago, community engagement was at the heart of the practice of continuing traditional culture and heritage. Urbanisation, relocation and social factors slowly started dismantling these forms and processes. Community engagement in preserving heritage took a backseat, with state institutions taking over these roles and responsibilities. 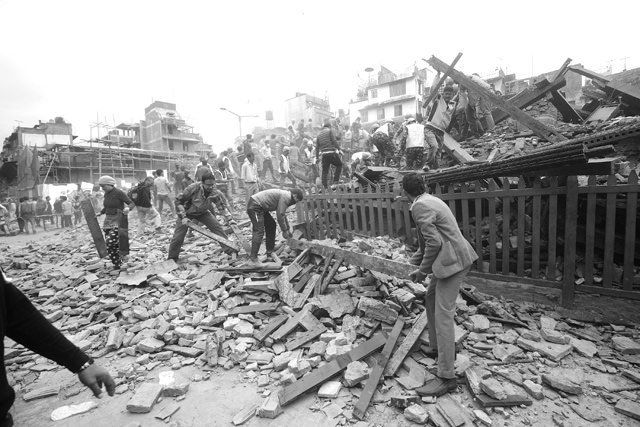 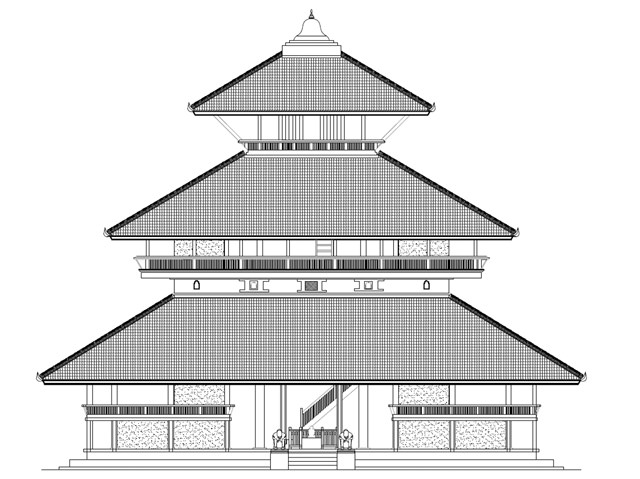 Government measures for the conservation of cultural sites and monuments have been mostly inadequate, and quite frequently, negligent, resulting in miserable failures one after the other.

What started out right after the 2015 earthquake as a campaign to bring Kasthamandap into the government’s radar as much as Dharahara was, soon gathered enough public support to be able to put a brake on the Kathmandu Metropolitan City’s (KMC) decision to give out the reconstruction of Kasthamandap to the lowest-bidding contractor. A concentrated series of events followed suit to drum up public sentiment towards community leadership in reclaiming lost heritage.

On May 12, 2017, the National Reconstruction Authority formally authorised the community organisation registered as the Kasthamandap Punarniman Ko Lagi Abhiyan (the Campaign to Rebuild Kasthamandap) to undertake all activities for the reconstruction of Kasthamandap, while giving supervisory roles to the KMC and the Department of Archaeology.

The newly elected local government leaders of Kathmandu, however, have tried to downplay the community’s initiative, and claim they will rebuild Kasthamandap on their own. It is common knowledge that the KMC’s lack of vision and technical inability, financial regulations and inherent bureaucracy will cause disastrous results if it goes ahead to try and rebuild Kasthamandap, as proved by its previous track record of dealing with heritage reconstruction, including the glaring example of the catastrophe of Rani Pokhari.

Recently, to try and achieve a breakthrough, a think-tank group including the mayor’s top advisers and a former Kathmandu mayor have devised a practical mechanism where the Kathmandu mayor will chair the steering committee that will direct and monitor the implementing body Rebuild Kasthamandap. The status quo will hopefully end soon and open up the path to start a community-led reconstruction, creating the template for public-private partnership that many other groups can adopt in cultural restoration.

While the political and public lobbying goes on, the technical team of Rebuild Kasthamandap made up of part-time volunteers have quietly prepared the complete set of architectural drawings: plan, section and elevation of each floor, as well as the foundation, taking reference from existing photographs of the building elements and in consultation with senior architects, master craftsmen, archeologists and historians. The team is currently working on the detailed drawings, as well as the computational and modeling aspects in order to assess the structural integrity of the building as per the drawings that have been developed – using traditional construction materials and methods.

The need for communities to come together to take ownership and become a part of the rebuilding process has never been as critical as it is now. The Rebuild Kasthmandap movement has been an unprecedented process to reach out to the wider community to rekindle the values of local engagement, and to develop a sense of ownership so that they take the lead in building back a part of history that is a part of their lives.

Our ultimate goal is to see communities all over Nepal actively take the lead in rebuilding heritage sites. The physical rebuilding of Kasthamandap, with the community playing a central execution role, will be a trailblazer. The KMC and other government bodies should embrace this local initiative rather than try to undermine this genuine, innovative effort.

The author is an active member of the Rebuild Kasthamandap Movement

Owning up to the past, Sahina Shrestha

Our fixation on rice is harming the country
ARUNA UPRETY

Nepals organic teas now rival Darjeeling in world markets
PRANAYA SJB RANA in ILAM
Wow! It namely likewise fine treatise about JavaScript, babyliss pro curler I dissimilar Your post doesn't acquaint any sense. ray ban outlet uk if information are defined surrounded sketches one can effortlessly be versed with these. hollister sale I think a visualized exhibit can be better subsequently simply a effortless text, chanel espadrilles for sale that why it gives you improved quality. getnjloan.com Can you amuse forward me the code for this script alternatively interest distinguish me surrounded detail among relation apt this script? Vivienne Westwood online get a babyliss perfect curl Very soon this network sheet longing be outstanding among all blog viewers, isabel marant sneakers saleI too prefer Flash,