When it comes to festivals and celebrations, Nepal is unbeatable. We have not one, not two but a dozen new years in a year. On Monday, Nepalis will usher in yet another new year as per the Vikram Samvat calendar. The mid-April celebration also coincides with New Year celebrations in several countries across South Asia and Southeast Asia. 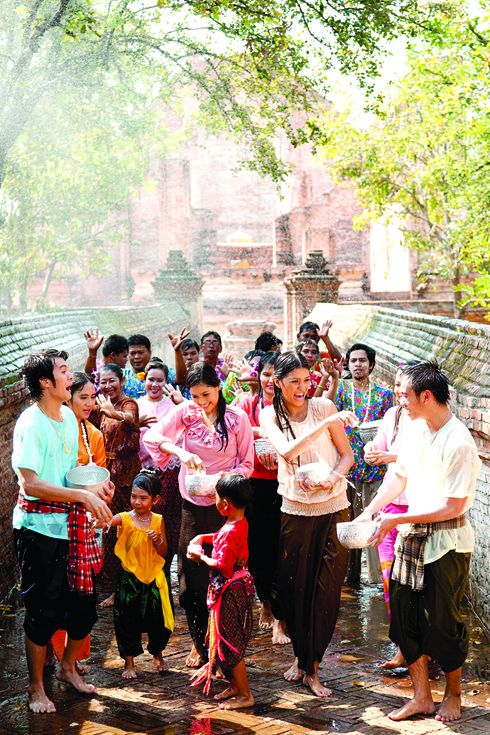 Believed to have been adapted from the Sankranti Hindu festival, Songkran festival in Thailand is celebrated as traditional New Year’s Day from 13 to 15 April. Songkran is internationally known to be celebrated by throwing water onto each other, largely because the Thais believe that water is able to cast away misfortune and bring good luck and prosperity for the New Year. People clean their houses as a symbol of warding off bad luck and visit monasteries to pray and make offerings. In big cities like Bangkok and Chiang Mai, Buddha’s images from chief monasteries are paraded in a procession through the streets. 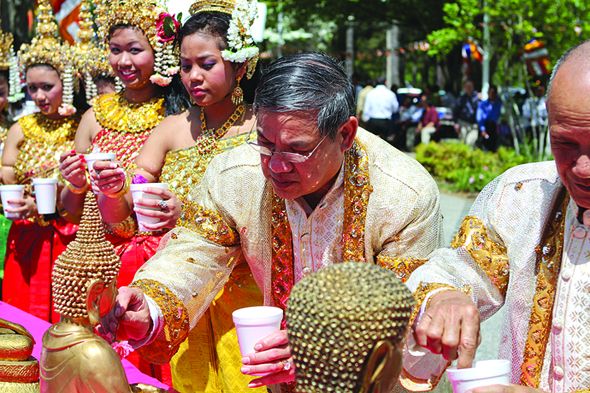 Chaul Chnam Thmey in the Khmer language literally translates to “Enter New Year” and is celebrated in Cambodia for three days from 13 April. On the first day of the celebration which is Maha Songkran, derived from Maha Sankranti, people visit shrines and light incense sticks to pay homage to Buddha. The second day, or Virak Wanabat, is spent helping the less fortunate and the homeless. On the third day T’ngai Leang Saka, Buddha’s statues are cleansed with perfumed water for good fortune. Similarly, they pour water on elders in a tradition called Sraung Preah as a sign of respect. One of the popular dishes made for this period is kralan, a cake made from steamed rice mixed with beans or peas, grated coconut and coconut milk. 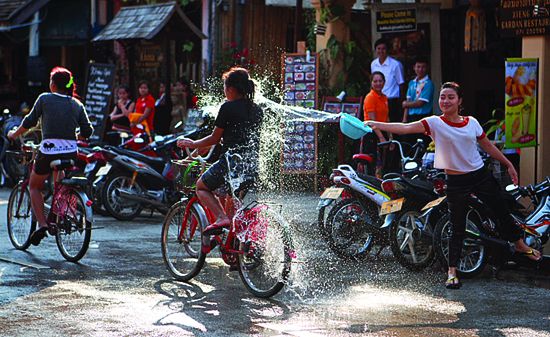 Pii Mai or the Laos New Year is celebrated from 13 to 15 April. It has many parallels to Thailand’s Songkran festival, with water forming an integral part of the celebrations. 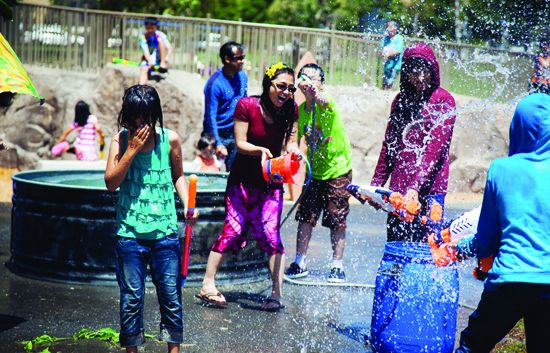 Thingyan, the Burmese New Year, is usually marked in mid-April and celebrations last four to five days. On the eve of Thingyan, the first day of the festival called a-kyo nei, Buddhists are expected to observe the Eight Precepts. On the second day, a-kya nei, a cannon (Thingyan a-hmyauk) is fired, signaling people to come out and pour water onto the ground as a sign of prayer. The water festivities continue to the third day, a kyat nei, and only end on the fourth day, a-tet nei. Traditional dishes such as mont lone yeibaw (glutinous rice balls stuffed with palm sugar) and mont let saung (sticky rice with sesame seeds in coconut milk) are popular. 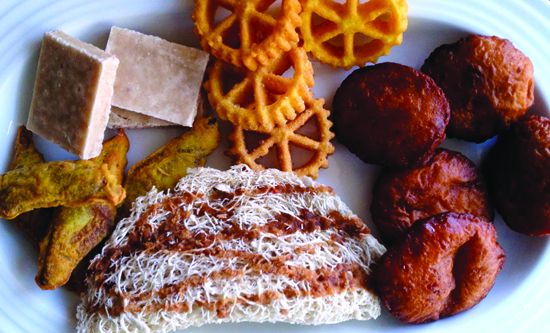 Celebrated on 14 April, the ending of the old year and the beginning of a new oneis usually several hours apart and midway through this period is known as Nonagathe (or the 'neutral period' or 'Auspicious Time') which symbolises the dawn of the new year. People clean their houses, light oil lamps and in some communities, play a drum called Raban to ring in the New Year. Kavum (small oil cake) and Kokis (crisp and light dish made of rice flour and coconut milk) are especially prepared for the occasion. 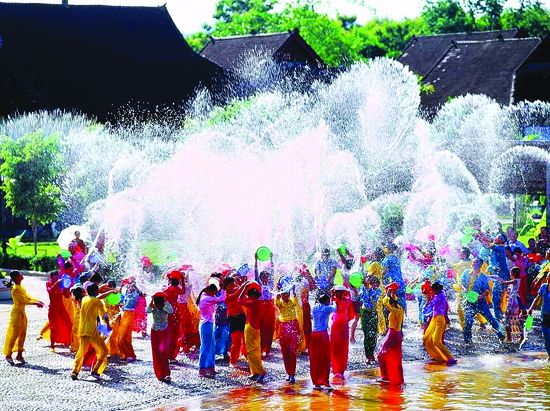 The annual Water Splashing Festival of the Dai ethnic minority of Xishuangbanna Prefecture lasts for three days. The first two day’s activities are concentrated on the banks of the Lancang River where dragon boat races are held and open markets are organised. Floating lanterns are lit to drive away bad luck. On the third day, people wear their best clothes and visit temples to symbolically splash water on Buddha’s statue. This ceremony is called ‘Bathing the Buddha’. Afterwards, people flock to the streets with pots and bottles of water and douse each other with water for good fun. 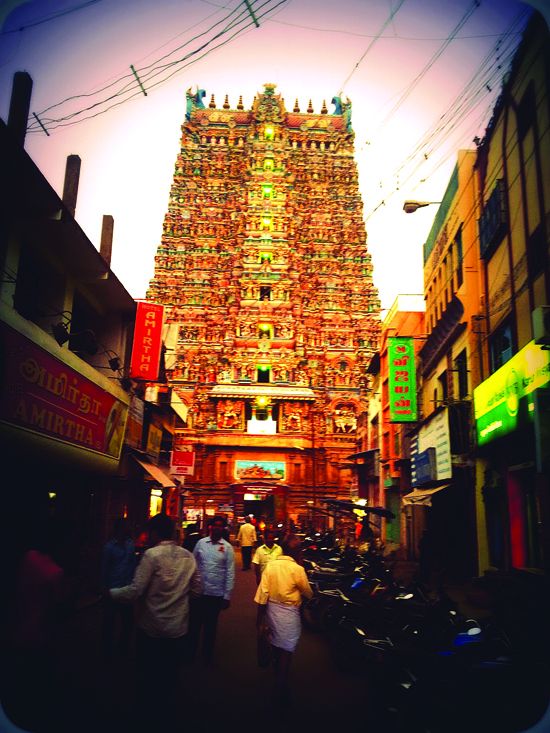 14 April marks the first day of the traditional Tamil calendar and is celebrated by Tamils in Tamilnadu and Pondicherry in India and within the Tamil communities in Malaysia, Singapore and Mauritius. In the temple city of Madurai, the New Year is celebrated in the Meenakshi Temple where a huge exhibition called Chitterai Porutkaatchi is held. Each household throws big feasts and entrances are decorated elaborately with kolams. In the northern part of Tamilnadu, the game of ‘por-thenkai’ or coconut wars is played in villages.