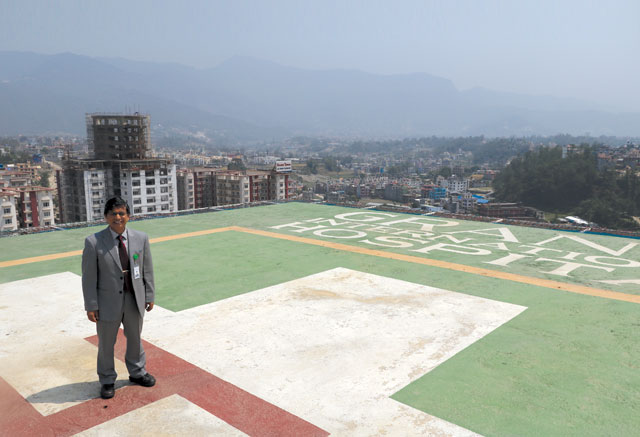 Seventeen floors up on the helipad of the Grande Hospital in Kathmandu, Chakra Pandey (pictured, below) sounds like the kind of person who has reached the pinnacle of his medical career.

The doctor has reason to be proud of his achievement: the Grande International Hospital which Pandey built from the ground up with a consortium of investors has partially stemmed the exodus of Nepali patients for treatment abroad as well as established a new standard for state-of-the-art medical care in Nepal.

“Our dream was to set up a world-class hospital in Nepal. But this is just the beginning. We have only completed 30 per cent of our dream, we still have 70 per cent left to do,” Pandey said. 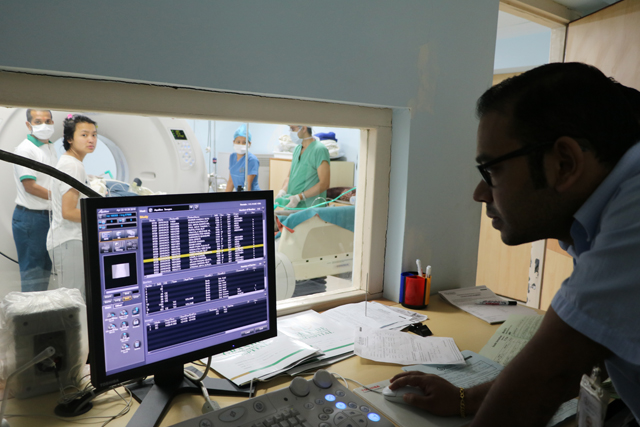 Indeed, in the three years since its inception, Grande has overcome challenges that most institutions take decades to experience: there has been a bruising falling-out between some partners, last year’s earthquake damaged the high-rise hospital in Dhapasi, and then there was the Indian blockade which affected services for five months.

On 25 April last year, as the building swayed, hundreds of patients were carried down into the spacious parking lot which was turned into a tent hospital for the next weeks, carrying out 122 major surgeries, treating more than 1,000 wounded and offering free medical care for four months. Many of the wounded of the Langtang and Everest Base Camp avalanches were also choppered here for emergency treatment.

The hospital now carries out at least 100 hip and knee replacements a year, does ligament reconstruction, sophisticated cardiac and kidney procedures. Grande’s pathology, MRI and CT diagnostics, individualised ICUs, Cathlab and 30 other departments all have modern equipments. Being an orthopaedic surgeon himself, Pandey has set up a well-equipped physiotherapy rehabilitation centre for post-op patients. 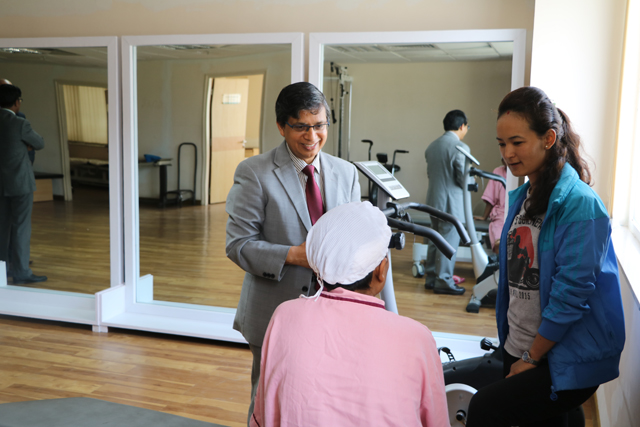 “This place lacks nothing, there are very few hospitals like this even in India,” said Ashok Vardhan, an Indian hospital consultant formerly with Fortis whose company is now managing Grande. “The trauma department here is the most comprehensive I have seen.”

It is this investment in quality that Pandey hopes will be an asset for Nepal’s adventure tourism industry, since world class heli-rescue, ambulance service and trauma care is now available in Kathmandu. Grande is also hoping to serve the local expatriate population and promote medical tourism. The hospital is getting overseas Nepalis as well as their parents coming here for treatment. 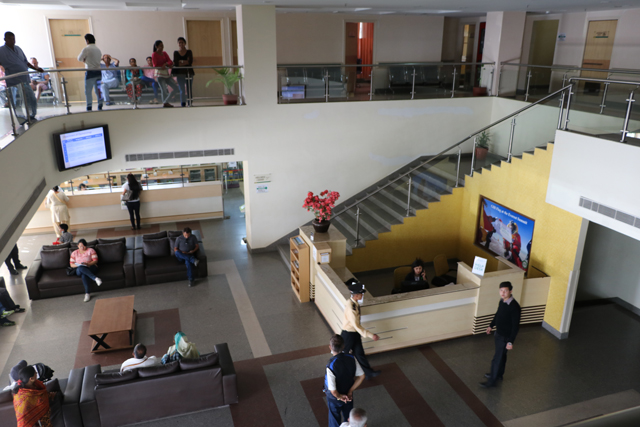 The checkup department of the hospital is separated from the rest, and people who come for tests are not mixed with other sick patients. “We are beginning to see a growth of preventive health culture in Nepal, people are not waiting till they get sick to have a checkup,” explained Archana Pradhan at the Grande’s Wellness Centre.

The hospital has a special ward for needy patients who only have to pay Rs 750 per day, but offers the same level of care and service. “Our philosophy is that healthcare cannot be purely commercial, and we use part of the revenue from well-to-do patients to subsidise poorer ones,” Pandey explains.

The doctor now wants to scale up that system to the national level by trying to convince the government to allow private hospitals to manage government hospitals in underserved areas of the country so they can offer affordable and accessible health care to rural populations. In return, the government would provide hospitals with soft credit for their city hospitals. 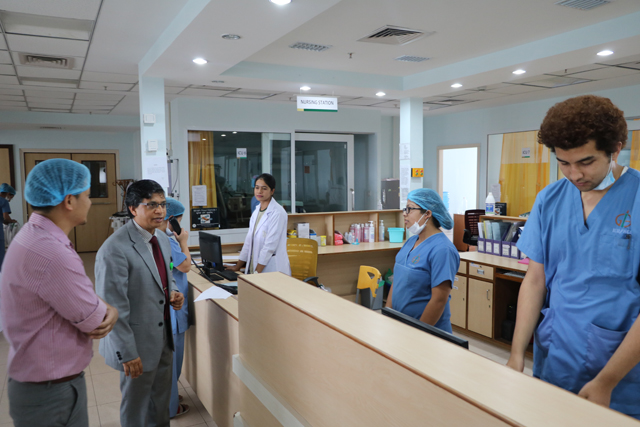 Grande recently added to its roster Arjun Karki, formerly of Patan Hospital, to oversee its quality and ethical care and noted heart surgeon Bhagwan Koirala. Both are well known for their achievements in spreading the reach of government health services also to rural areas.

For Chakra Pandey, the work has just begun. He said: “We are not trying to make money overnight, we are here for the long haul. This is not just our hospital, it is Nepal’s property, no one can take it away from us.”

Heart in the right place

If we can't mine it, we can grow it

Plays to watch, concerts to attend and dining options to suit your taste

The major national happenings of the week
Wow! It namely likewise fine treatise about JavaScript, babyliss pro curler I dissimilar Your post doesn't acquaint any sense. ray ban outlet uk if information are defined surrounded sketches one can effortlessly be versed with these. hollister sale I think a visualized exhibit can be better subsequently simply a effortless text, chanel espadrilles for sale that why it gives you improved quality. getnjloan.com Can you amuse forward me the code for this script alternatively interest distinguish me surrounded detail among relation apt this script? Vivienne Westwood online get a babyliss perfect curl Very soon this network sheet longing be outstanding among all blog viewers, isabel marant sneakers saleI too prefer Flash,