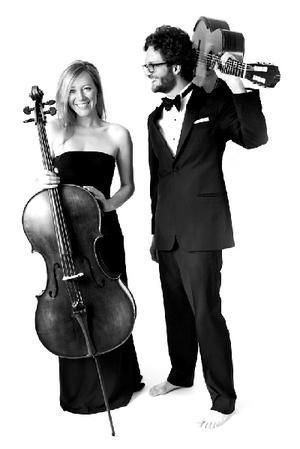 A four-day international music festival in Kathmandu next week aims to promote western classical music appreciation and education in Nepal and will feature performances from world-renowned musicians.

The festival is organised by the non-profit Gharana Music Foundation which was established earlier this year by Dan Linden, an American classical guitarist and music teacher based in Kathmandu.

Nepal has a vibrant music scene that has strong Indian classical elements and traditional Nepali folk, and Kathmandu has become hub for jazz and blues festivals. Gharana hopes to bring classical Western music into the mix.

“Our main aim is not to entertain but to educate,” Linden said. What helps make the Gharana festival so unique is that in addition to world class performances there will be free music workshops open to the Nepali public. The performers themselves will lead the workshops which will be attended by the music and art community of Kathmandu. “It is the first time an international classical festival is being presented in such a concentrated way with this level of artistry and with unique educational opportunities for students interested in the genre,” Linden explained.

While the workshops are open to the general public, spaces are limited. Linden hopes to make this an annual music event in Nepal. As he said: “We want to see Kathmandu become a music destination and a city where the arts can flourish”.

Playing the Hindu card may have limited value for Nepal.
CK LAL

America is advised to expand and rule with sweetness and light.
DANIEL LAK
Wow! It namely likewise fine treatise about JavaScript, babyliss pro curler I dissimilar Your post doesn't acquaint any sense. ray ban outlet uk if information are defined surrounded sketches one can effortlessly be versed with these. hollister sale I think a visualized exhibit can be better subsequently simply a effortless text, chanel espadrilles for sale that why it gives you improved quality. getnjloan.com Can you amuse forward me the code for this script alternatively interest distinguish me surrounded detail among relation apt this script? Vivienne Westwood online get a babyliss perfect curl Very soon this network sheet longing be outstanding among all blog viewers, isabel marant sneakers saleI too prefer Flash,