Once relegated to an obscure corner of the film world dominated mainly by commercial feature movies, documentaries are now drawing more attention from both audiences and wider society.

In this part of the world, Film Southasia, whose 11th edition unspools 2-5 November in Yalamaya Kendra, Patan, has been showcasing the best non-fiction in and about the subcontinent.

As the cultural capital of South Asia, Kathmandu has been hosting the biennial event since 1997. Over the past two decades, not only has the festival grown and provided a platform for documentary makers, it has also served to nurture and develop a generation that loves and seeks to understand the medium.

Mitu Varma, the director of Film Southasia, still remembers when the festival first came to town. “Back then, I remember we had people but we had empty screenings for some of the films in the Russian Culture Centre,” she recalls. “These days we have a dedicated audience in Kathmandu who wait for the fesitval, are willing to pay and fill up halls to watch documentaries. This rarely happens in other venues.”

While the audience for documentaries is growing, screening opportunities are still limited. And although film-making has become less expensive, making a profit is still difficult. “Non-fiction is something that needs a lot of encouragement,” says Varma, “because even today if youngsters are going into it as a career they need a lot of dedication because the money lies in either features or advertisements.”

With the goal to encourage new filmmakers and bring others from around the world to discuss non-fiction film and promote mutual understanding, Film Southasia is back with a new edition.

This time out it will showcase 63 films from Nepal, India, Pakistan, Afghanistan, Sri Lanka, Bangladesh and Burma. Of them, 12 will be shown under the non-competitive ‘Documentaries of Dissent’ category, introduced this year with a special focus on India. Six others will be screened under the ‘Student Films’ category, which showcases works by the next generation of film makers.

The 45 films in the competitive section will vie for five awards. The Ram Bahadur Trophy will go to the best film, along with a cash prize of $2,000, the runner-up will be awarded $1,000. The best debut film will merit the Tareq Masud Award and $1,000, the UNICEF Award will go to the Best Film on Children’s issues ($1,000) and the award for Best Student Film will merit $500. To make it easier for the audience to choose what to watch, organisers have grouped the films by theme. For example, on Day 1 the audience can watch six films around feminism, gender, sexuality and rights at the Majlis Hall of Yala Maya, followed by a panel discussion. Organisers are also launching an app this year to make it easier for the audience to keep tabs on the schedule.

“It is difficult times for everyone across South Asia so I think the filmmakers are also sharper and more insightful, and they are doing wonderful films,” says Varma. 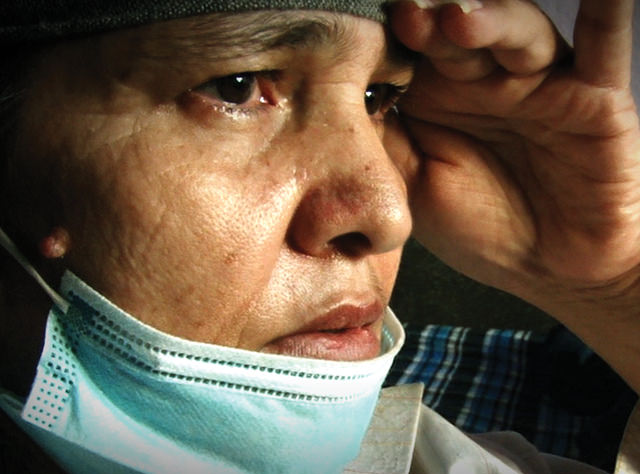 Gangamaya and Nanda Prasad Adhikari, a couple from Gorkha, held a hunger strike in front of the residence of Nepal’s Prime Minister demanding justice for the 2004 murder of their teenage son Krishna Prasad Adhikari. Authorities reacted by forcefully admitting them to Bir Hospital in Kathmandu. On 22 Sept 2014, Nanda Prasad died after 333 days of fasting. On 19 Oct 2014, Nepal’s government promised justice to Gangamaya and persuaded her to end her own 359-day fast-unto-death. The murderers of Krishna Prasad still haven’t been brought to book, and the last rites of her husband haven’t yet been performed. Gangamaya sought justice through the courts as citizens should, but the administration was not up to providing it. So, despite deteriorating health, Gangamaya once again began her indefinite hunger protest and is being force-fed intravenously.

K2 and the Invisible Footmen 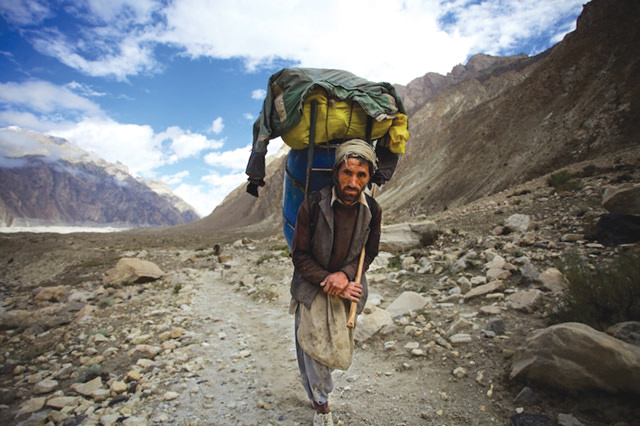 In K2 And The Invisible Footmen, filmmaker Iara Lee and team chronicle the lives of Pakistani porters and Nepali Sherpas. The film also follows the first official all-Pakistani climbing team, made up of former porters, who successfully summited in 2014 in celebration of K2’s 60th anniversary. Amid breathtaking scenery, the film depicts the every-day sacrifices of porters and the courage of those indigenous climbers who choose to return to scale K2 in spite of past tragedies. In striving to perfect their craft, these mountaineers provide a fresh look into the cultures and national traditions of Pakistan, a country typically portrayed in the foreign media as merely a land of conflict and sectarian strife. 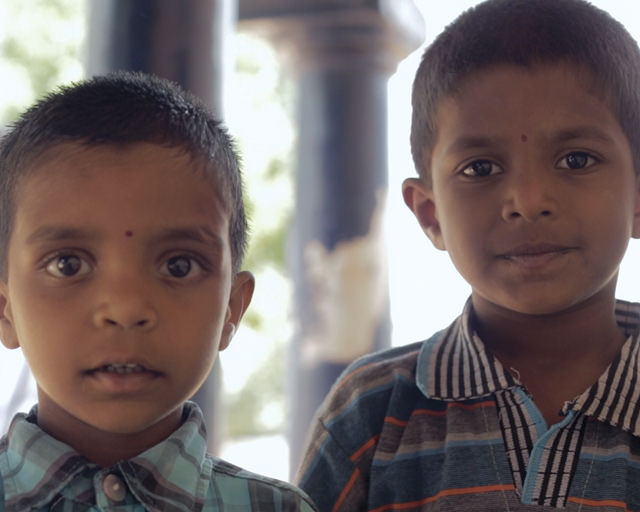 Prisons are for punishment. Part of the price that incarcerated mothers pay is losing their right to bring up their children into the outside world. In India, children can accompany their mothers in prison till they are six. The film explores the trials and tribulations of such children, who are living the first phase of their lives inside the Special Prison for Women in Hyderabad. As the jail organises a school and attempts to educate the children to reverse the cycle of crime and misery, the kids learn their own lessons of life and moral ambiguity. The film offers a passage into the lost world of children living inside prison walls for no fault of their own and their tentative journey to make sense of it despite the odds. 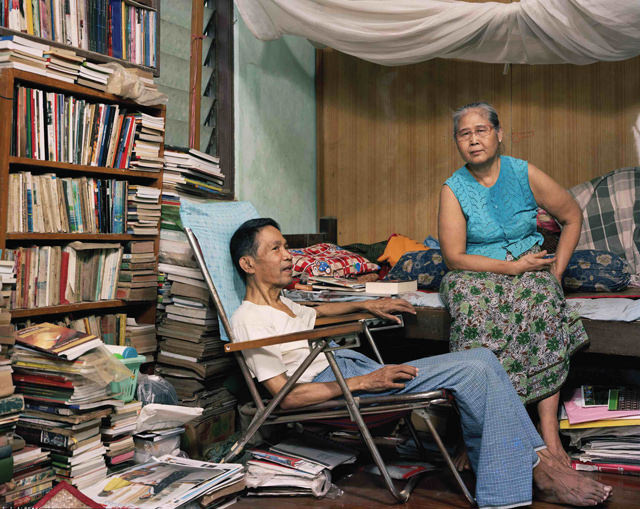 Burma Storybook is a creative documentary about a country emerging from years of dictatorship, told through Burmese poetry. The film circles around the story of the country’s most famous dissident poet living today, as he waits for his long-lost son to return home. 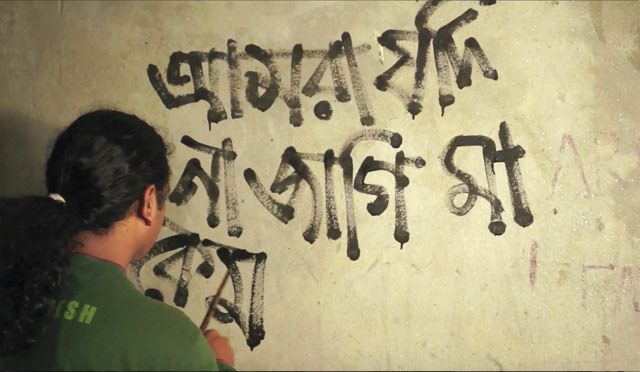 Year 1999: The 12th National Conference of the country’s largest cultural organisation, Bangladesh Udichi Shilpigosthi, was going on at the open arena of Town Hall in Jessore. On the last day of the three-day event, 10 people were killed in a bomb attack by communal terrorists. The attacks haven’t stopped since, targeting on a regular basis either a political party or the public. On 8 December 2005, the district branch office of Udichi in Netrokona came under attack and cultural activists were killed again. The communal terrorists’ first, and last, attacks have targeted Udichi. As a result, thousands of people have been disabled for the rest of their lives. This documentary depicts the painful stories of Bangladeshis affected by the violence between 1999 and 2005.

Visit www.filmsouthasia.org for the complete schedule for the festival.

10 am Discussion on Documentaries of Dissent (120’)

And we all fall down.
HEMLATA RAI

"What has weakened my character?"

Closing down schools is not about improving education, it is power politics at its worst.
CK LAL

Film South Asia 2003 opens next week with a Nepali documentary on the principles of winning, losing and what it is worth.
SRADDHA BASNYAT
Wow! It namely likewise fine treatise about JavaScript, babyliss pro curler I dissimilar Your post doesn't acquaint any sense. ray ban outlet uk if information are defined surrounded sketches one can effortlessly be versed with these. hollister sale I think a visualized exhibit can be better subsequently simply a effortless text, chanel espadrilles for sale that why it gives you improved quality. getnjloan.com Can you amuse forward me the code for this script alternatively interest distinguish me surrounded detail among relation apt this script? Vivienne Westwood online get a babyliss perfect curl Very soon this network sheet longing be outstanding among all blog viewers, isabel marant sneakers saleI too prefer Flash,