His ideas changed the way agriculture scientists had been working in Nepal, inspiring a whole new generation to involve farmers in their research 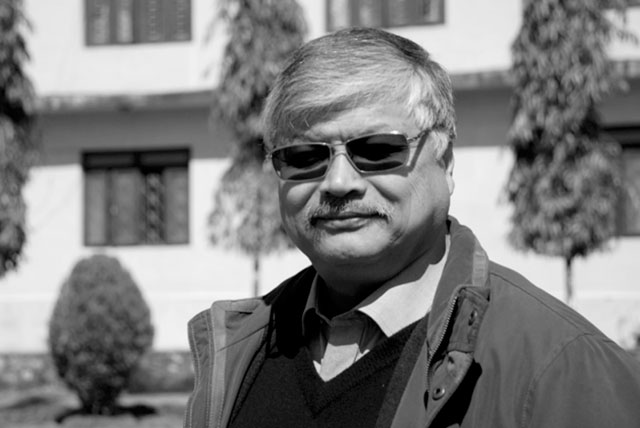 Bhuwon Ratna Sthapit did not believe in telling farmers what to do with their seeds: his laboratory was the terrace farmland around Pokhara where he let the local villagers guide him.

Sthapit’s ideas changed the way agriculture scientists had been working in Nepal, inspiring a whole new generation to involve farmers in their research.

“Farmers possess valuable knowledge, and agriculture scientists can benefit a lot from it,” he told me last year. Sthapit’s participatory agriculture research and in-situ and on-farm conservation of agriculture biodiversity are now internationally recognised. The rice biodiversity that he helped conserve and develop are not just popular in Nepal’s mid-hills, but in many countries around the world.

Sthapit started out at the Agriculture Research Centre in Lumle of Kaski district, which the British set up to inspire Gurkha veterans to return to their land after World War II. But the soldiers had lost interest in farming, and were happy living off their pensions.

In Chomrong, Sthapit got to know the wide variety of indigenous seeds adapted to the micro-climate and soil of the mountains, and he learnt from farmers about the characteristics of each of them. At altitudes of 1,600-2,600m, he discovered a nutrients-rich breed of rice that resisted extreme cold and diseases. He named this breed after the village: Chomrong.

The seed’s popularity transcended Nepal’s mid-hills, and reached Bhutan, Bangladesh and Africa as well. But it found no takers in and around the village where it was discovered because it was reddish, and Nepalis were more used to polished white rice by then.

So Sthapit crossed Chomrong with a Japanese breed, and developed Machhapuchre 3 and 9, which looked white, but were as nutrient-rich as Chomrong. Beside these two, IR 36 and Lumle 2 developed by him are also popular.

In 1996, the British government handed over the Lumle to the Nepal Government, which could not retain bright and committed scientists like Sthapit. Many of them left the country for greener pastures, but Sthapit stayed in his beloved Nepal and founded Li-Bird, the pioneering Pokhara-based agricultural research centre.

In the 20 years since its foundation, Li-Bird has developed 15 new varieties of rice, more than the number developed by the state-owned NARC. It has done more for agriculture in Nepal than the Government ever did.

Sthapit passed away last month in a US hospital, where he had been admitted for the treatment of tongue cancer. He was just 63.