Girls can excel at anything. Like boys, they just need the opportunities.
Sue Carpenter 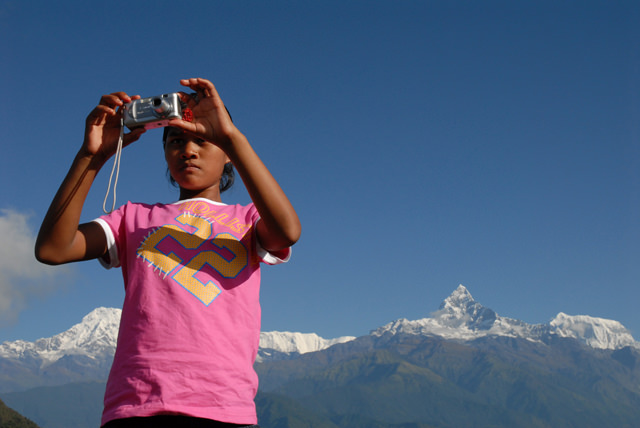 All pics: Sue Carpenter
Belmaya Nepali in Pokhara in 2006 using a camera to record her life.

Ten years ago, I was living in Pokhara teaching photography to give girls a voice. Their photos showed such vibrancy and talent that the British Council hosted two exhibitions of their work in Kathmandu. Looking back at an article I wrote in Nepali Times then, one girl stood out: Belmaya Nepali.

At 14, she was a natural feminist from an under-served community who had struggled in Nepal’s patriarchal society. Fast forward to 2014, and Belmaya had fallen back into a life of poverty and hardship. She got married at 19, had a baby daughter and moved to her husband’s Tarai village. Now they were back in Pokhara, living in a tiny, windowless room. Sitting on the concrete rooftop, she told me of the troubles she had endured. “I’ve never seen happiness in my life, she said, “and I don’t think I’ll ever find it.” 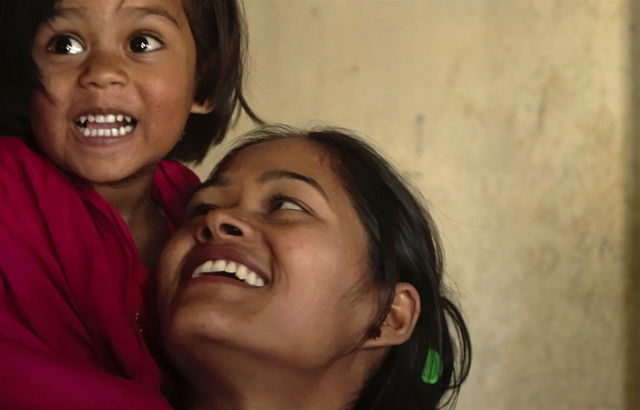 Belmaya and daughter Bipana in film Educate Our Daughters

Belmaya was orphaned at the age of nine, and had to cut grass and collect firewood before school. Her teacher mocked her for having “a brain filled with cow dung”, and Belmaya was so hurt she dropped out. “If I could have continued my studies, I could have found a better job. I wouldn’t have to ask my brothers for help. I wouldn’t have to be dependent on my husband,’ she said.

Her life was about to change, however. Belmaya grasped the opportunity to learn filmmaking skills to continue her love of photography. It put not just the camera but its power into her hands, to tell stories from her perspective. Since 2014, I have been following her journey into filmmaking for a feature documentary, I Am Belmaya. With the forces of family and society against her and a lifetime of disappointments, Belmaya could so easily have dropped out. But she not only stuck with the training, she used what she had learnt to transform her domestic life. 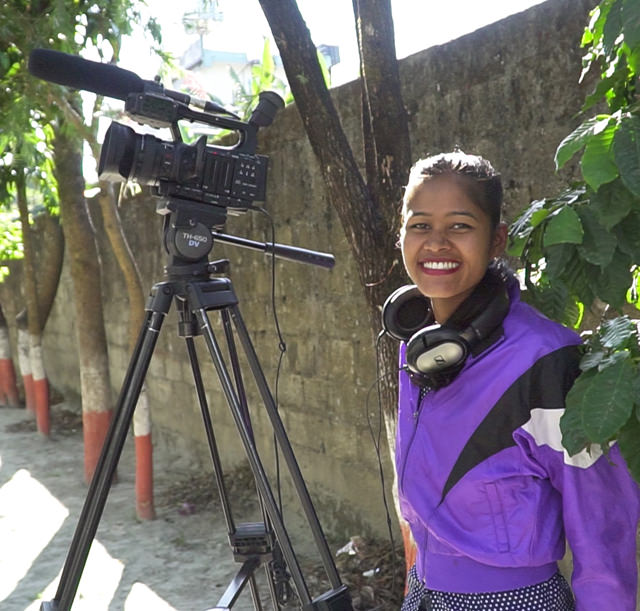 Belmaya in 2016 filming Educate Our Daughters

Last year Belmaya made her graduation film, Educate Our Daughters — a personal, short documentary about the importance of education for girls, through the prism of her own lost childhood and her hopes for her daughter, now a sparky five-year-old. Towards the end of the film, in an unconscious echo of her 14-year-old self, Belmaya states, “I want to go back to my village and show them what a girl can do.” 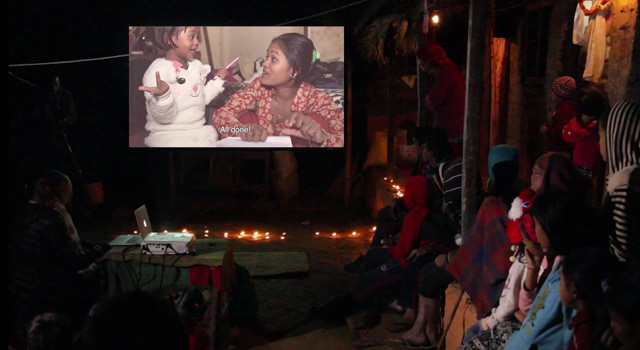 Screening of Belmaya in village near Pokhara

She did just that, creating a pop-up cinema to screen her film to family and neighbours. It was a magical evening, with her community finally understanding and celebrating her mission to tell powerful stories that challenge the status quo. There followed her first professional commission from Thomson Reuters Foundation, Rowing Against the Flow, about boatwomen struggling to compete in a man’s world, and she is now planning a film about female foeticide in Nepal. Now, both her films have been selected for the Kathmandu International Mountain Film Festival next week.

Ten years after her photos were exhibited in the capital, Belmaya has come full circle in showing what a girl can do. Girls can excel at anything. Like boys, they just need the opportunities.

Belmaya will present her films at KIMFF at 3.30pm on Sunday 17 December.

Sue Carpenter is a British photojournalist and filmmaker

Youre wrong if you think electric vehicles can only be tempos or very old Chinese trolley buses.

The city of good deeds

There is a charming story about the Bagh Bhairav temple raised in the sixteenth century, which has a shepherd boy making a tiger of clay.

From one Alpha Male to another

The development business is murky, opaque and oversensitive to criticism.
DANIEL LAK
Wow! It namely likewise fine treatise about JavaScript, babyliss pro curler I dissimilar Your post doesn't acquaint any sense. ray ban outlet uk if information are defined surrounded sketches one can effortlessly be versed with these. hollister sale I think a visualized exhibit can be better subsequently simply a effortless text, chanel espadrilles for sale that why it gives you improved quality. getnjloan.com Can you amuse forward me the code for this script alternatively interest distinguish me surrounded detail among relation apt this script? Vivienne Westwood online get a babyliss perfect curl Very soon this network sheet longing be outstanding among all blog viewers, isabel marant sneakers saleI too prefer Flash,