Bell’s palsy affects one in 65 people at some point in their lives
Dhanvantari by Buddha Basnyat, MD 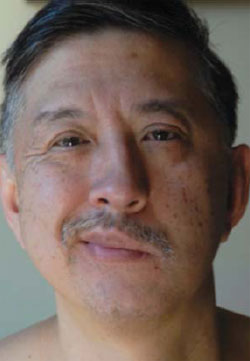 Ram Bahadur was diagnosed with Bell’s palsy. The doctor noted that Ram’s eyebrows remained asymmetrical even when he tried to raise them as there were no creases on the left side of his forehead. Although he could not close his left eye his vision was intact. The problem was strictly limited to his face.

Ram started on a tapering course of corticosteroids but went on to try several other alternative treatment modalities. After two months of medication, Ram recovered fully, but the crease on his forehead remained.

Bell’s palsy is a common temporary paralysis brought on by the inflammation of the seventh cranial nerve (there are 12 pairs of cranial nerves which originate from either hemisphere of the brain) that activates the many facial muscles in our face. It was first described by Scottish physician and theologian, Charles Bell, in the nineteenth century. Bell’s palsy is not a serious ailment even though the condition often frightens people into thinking that they are having a stroke.

What causes Bell’s palsy remains unknown and hence there is no specific course of treatment. In Nepal we often see the condition among high altitude trekkers. Whether high altitude and the cold help bring on this palsy is hard to tell because the problem is quite common even at sea level. But one theory posits that as the brain of every person going to high altitude swells to a certain extent, the brain swelling may cause the seventh cranial nerve to compromise its function as it courses through the narrow crevices in the brain before it exists to activate the muscles of the face. Many are also unaware that Bell’s palsy affects one in 65 people at some point in their lives.

Most people who suffer from Bell’s palsy recover within three weeks, even without any treatment. Some 15 per cent require three to six months for recovery. Treatment with steroids may hasten this recovery period. The major complications that arise due to this palsy are ageusia (a chronic loss of taste), synkinesis which is brought about by the regrowth of the seventh cranial nerve in a faulty and confused manner (for example, when the person closes the eye, the same side of the mouth may also lift involuntarily) and eye infection (when the affected eye is not taped shut at night as the eye may not close voluntarily for the first couple of weeks).

The take-home message is that in most instances- Bell’s palsy is a common but benign neurological illness. The one thing it may compromise is your smile. If you suffer from Bell’s palsy, you just have to tell your friends that your smile will return soon.

Paper, paper on the table

"Donors can only support the parties"

Sanghu, 2 April
Wow! It namely likewise fine treatise about JavaScript, babyliss pro curler I dissimilar Your post doesn't acquaint any sense. ray ban outlet uk if information are defined surrounded sketches one can effortlessly be versed with these. hollister sale I think a visualized exhibit can be better subsequently simply a effortless text, chanel espadrilles for sale that why it gives you improved quality. getnjloan.com Can you amuse forward me the code for this script alternatively interest distinguish me surrounded detail among relation apt this script? Vivienne Westwood online get a babyliss perfect curl Very soon this network sheet longing be outstanding among all blog viewers, isabel marant sneakers saleI too prefer Flash,