For 40 years, a British couple in Kathmandu have been raising abandoned animals in their backyard
Ziyu Lin 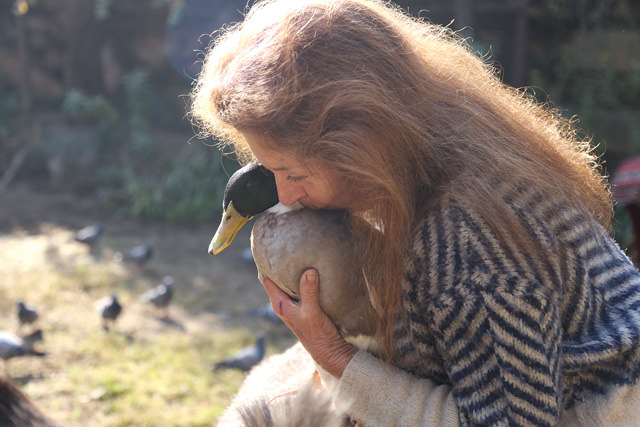 All pics: Ziyu Lin
DOGS, DUCKS AND DONKEYS: Wendy with a duck named Dick which she rescued from a butcher just before his head was sliced off.

Wendy and Robin Marston were away from their Sanepa home two weeks ago when they got a frantic call. Their house was on fire. They rushed back to see smoke rising and lots of ash from the burnt grass and hay in the backyard.

The Marston’s store of straw and hay had caught fire, and their pet donkey Puja had brayed loudly until people working inside rushed out to extinguish the flames. 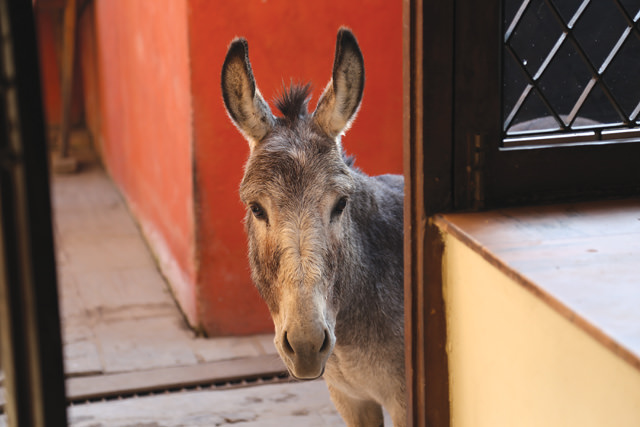 Puja the donkey was born and raised in the Marston home in Sanepa, and recently saved the house from being burnt down.

“Puja is our heroine. She is intelligent and smart and very inquisitive: she likes to walk around to see what is going on,” says Wendy, who with her husband Robin have lived in Nepal for 40 years, rescuing and caring for four generations of abandoned and sick animals.

The British couple currently has two donkeys, two ducks, four cats, four dogs and a sheep in their backyard.

First thing every morning, Wendy feeds her 13 animals, then heads out on her rounds of Patan to take care of street dogs, most of whom she knows by name. The dogs are so used to her, they wait for Wendy every morning.

“When I saw them hungry, I knew I should do something,” says Wendy, who started to feed street dogs 20 years ago, and brought home the ones that needed care. She also raises money for children burn victims at government hospitals in Kathmandu, and does other charity work.

There are an estimated 22,500 dogs on the streets of Kathmandu, and many suffer from under-nutrition, infections, mange and other injuries and illnesses. But the work of animal rights activists has reduced the number of strays.

“There are a lot fewer street dogs who are looking very sick and hungry these days,” says Robin, a trekking entrepreneur. 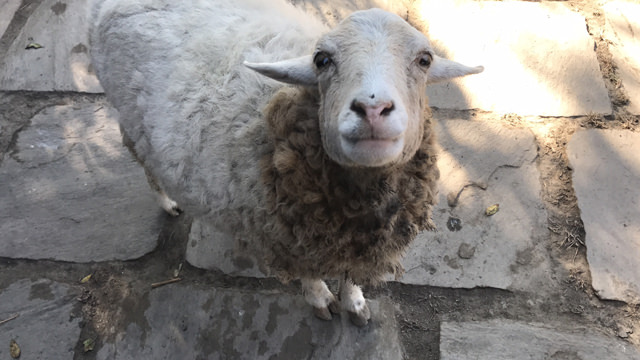 Shobhaa has never known other sheep, and has grown up with her dog, donkey and duck friends.

Robin rescued Puja’s mother from a brick factory near Chobhar nine years ago, taking her home in the back of his car. After three months, the Marstons got the rescued donkey examined for a possible hernia. It turned out that she was pregnant, and Puja was born. Her mother died soon after, and the Marstons got Puja a sheep named Shobhaa (after Shobhaa De, the Indian writer) for company.

The other donkey, Jasmine, was an orphan when she was rescued from a brick factory a year after Puja was born. “They are like sisters, but sometimes they are difficult and sulky to each other,” Wendy explains. 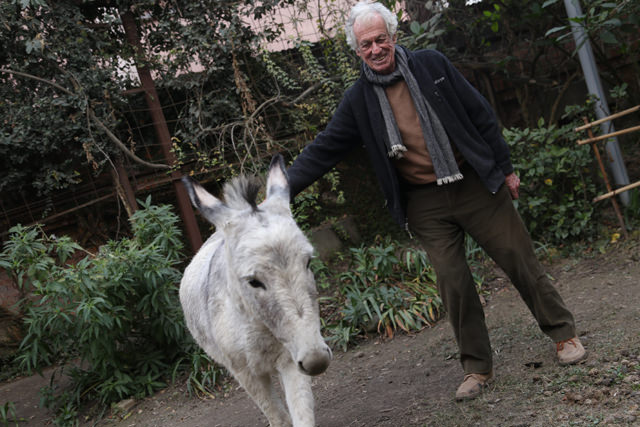 Robin with Jasmine who was rescued as an orphan seven years ago.

The 13 animals are taken together for walks around the Sanepa neighbourhood every morning and evening. This includes Dick and Daisy, two ducks saved by Wendy from the butcher’s knife in the nick of time.

For 40 years, there have been animals in the Marston yard. Says Wendy: “We didn’t look for them, they came looking for us. They allow us to live with them.”

From Bow to Wow, Paavan Mathema

Time for PKD to say what he means and take responsibility
CK LAL
Wow! It namely likewise fine treatise about JavaScript, babyliss pro curler I dissimilar Your post doesn't acquaint any sense. ray ban outlet uk if information are defined surrounded sketches one can effortlessly be versed with these. hollister sale I think a visualized exhibit can be better subsequently simply a effortless text, chanel espadrilles for sale that why it gives you improved quality. getnjloan.com Can you amuse forward me the code for this script alternatively interest distinguish me surrounded detail among relation apt this script? Vivienne Westwood online get a babyliss perfect curl Very soon this network sheet longing be outstanding among all blog viewers, isabel marant sneakers saleI too prefer Flash,