Shailee on top of the world again

The Nepali ex-journalist has climbed Mt Everest, and here in Manhattan she is on top of the world again.
Bhrikuti Rai in New York 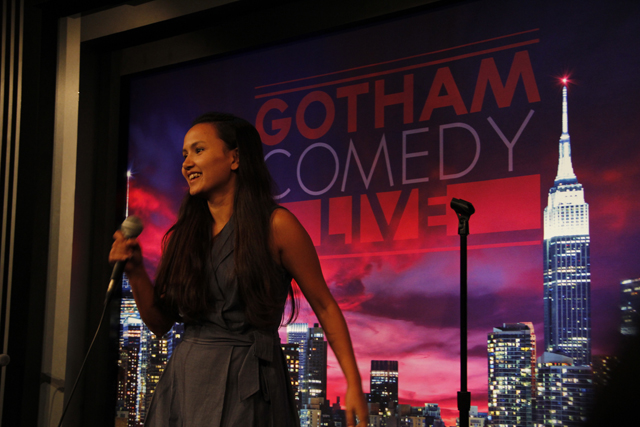 “Hello, I am short.” Shailee Basnet adjusts the microphone to suit her height as she begins her stand-up comedy routine at the Gotham Comedy Club in New York on Wednesday night. Even before she starts her act, the audience is in stitches.

Poking self-deprecating fun at her diminutive stature goes down well: after that the audience is eating out of Basnet's hands. The Nepali ex-journalist has climbed Mt Everest and the highest mountains on four continents, and here in Manhattan she is on top of the world again. 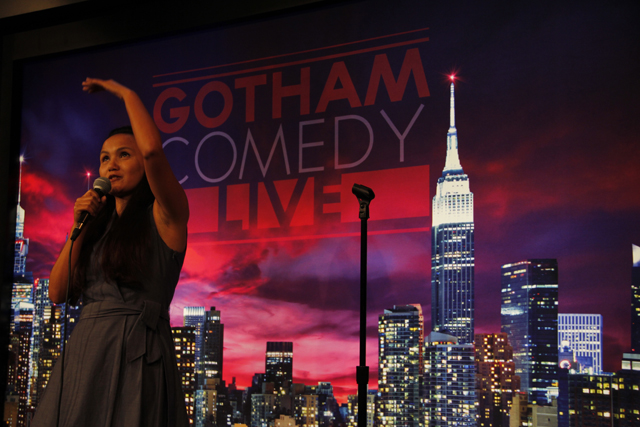 This is her second show in New York this month and she is a lot more confident delivering punchlines about Trump, Kim Jong Un and the cross-cultural travails of being married to a white guy (avid mountain biker and water conservationist Tyler McMohan).

Basnet has been doing the rounds of the comedy circuit here with shows at venues including the Broadway Comedy Club and here at the Gotham Comedy Club, which has hosted celebrities like Jerry Seinfeld and Chris Rock. The 34-year-old is used to the limelight: she was a reporter at Himal Khabarpatrika and Nepali Times when she joined an all-women Nepali expedition that climbed Mt Everest in 2008. 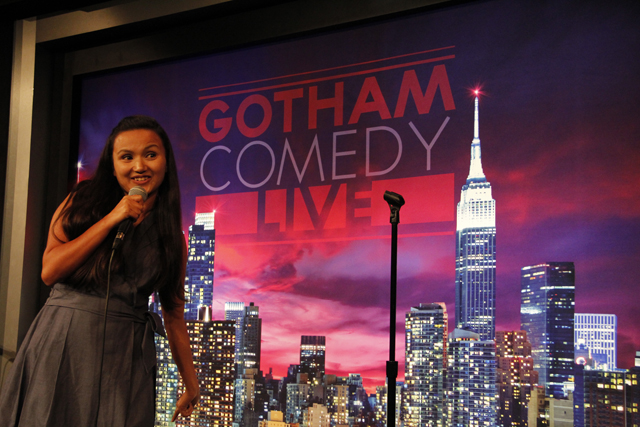 “I couldn’t sleep the night before we set out, all I could think was about finally seizing the opportunity to explore the outdoors,” she remembers.

But the 'seven sisters' didn’t stop at Everest, they formed the Everest Women Seven Summit team to climb the highest mountains on all seven continents. Their last stop was Mount Vinson in Antartica in December 2014. Since then, the team has been training young women survivors of trafficking to earn livings as trekking guides.

Basnet grew up in Kathmandu enjoying slapstick Bollywood comedy and doing caricatures, but never knew about stand-up as an art form. 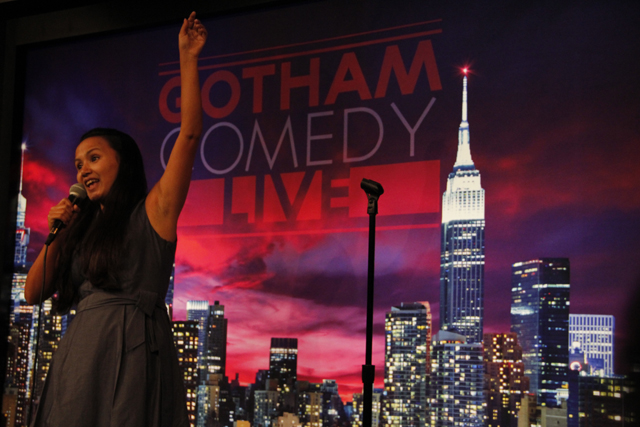 “After watching [Jerry] Seinfeld, Ellen [DeGeneres], Louis CK and Russell Peters on YouTube, I became fascinated and wanted to try stand-up too,” she recalls. She organised several shows in Kathmandu, including one with Manoj Gajurel. This experience paid off when she started performing in the US for the first time a few years ago.

It is a challenge performing in a place with a different sense of humour, Basnet has found. Jokes that work in Nepal fall flat here. Her satire on political corruption in the US and Nepal doesn't get the same laughs here.

“Maybe the cultural translation doesn’t come across, so I stick to what has worked in New York so far,” she said, testing Trump and China jokes with friends before the show.

One thing is the same in Kathmandu or Manhattan: pre-performance jitters. “I can't sleep the night before and these under-eye circles become even more pronounced,” she says, dabbing concealer. "Scaling mountains made me stronger physically and mentally, conquering the anxiety of a stage performance takes a different kind of courage altogether."

Basnet explains: “Every step of the way to the summit is calculated: you have to prepare for the worst, but in comedy you have no control over how people will react.

Tonight it worked brilliantly. After her set, Basnet is ambushed by a group of cheering women as she makes her way back to the dressing room.

One of them is Megha Lama, a student in New York: "Being on stage in front of such a diverse audience is not easy, so watching a Nepali woman on stage in Gotham is absolutely inspiring," she says.

Basnet herself is ecstatic. “This is amazing,” she says. "No wonder getting up there on stage is so addictive.”

What's next? She is hoping to work on a movie script, and is returning to Nepal later this month to do more shows, for which she hopes to be paid: “After New York, it's about time they did, right?”

No refuge when refugees leave

Bhampa Rai was a royal physician before being driven out of Bhutan. Unlike most refugees, he doesn't want to be resettled in America or Europe.
GOPAL GARTAULA in JHAPA
Wow! It namely likewise fine treatise about JavaScript, babyliss pro curler I dissimilar Your post doesn't acquaint any sense. ray ban outlet uk if information are defined surrounded sketches one can effortlessly be versed with these. hollister sale I think a visualized exhibit can be better subsequently simply a effortless text, chanel espadrilles for sale that why it gives you improved quality. getnjloan.com Can you amuse forward me the code for this script alternatively interest distinguish me surrounded detail among relation apt this script? Vivienne Westwood online get a babyliss perfect curl Very soon this network sheet longing be outstanding among all blog viewers, isabel marant sneakers saleI too prefer Flash,