Racing through the Himal

Around 40 athletes will race 1,400 km through the entire Nepali Himalaya 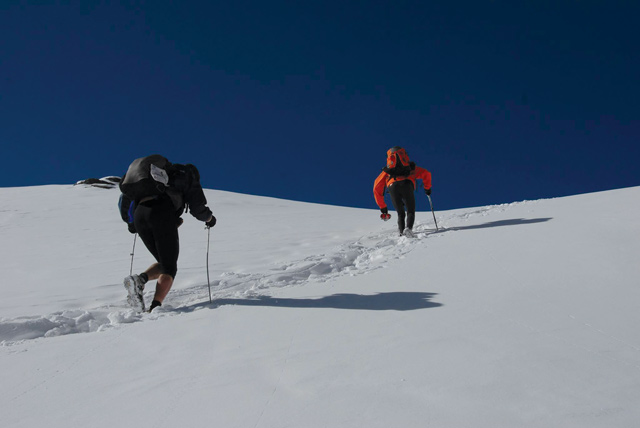 As you read this, more than three dozen athletes have begun a more than 1,400km race through the Nepalese Himalaya, from East to West. Starting near Kanchenjunga Base Camp in Taplejung (5,140m), on 6 April, they will follow the Great Himalayan Trail, winding through Langtang, Ganesh Himal, Manaslu, Mustang, Dolpa and Humla Valley, before ending at Hilsa at Nepal’s border with Tibet. At their highest point, the racers will reach an altitude of 5,800m.

One of the longest foot races on earth, through the world’s greatest mountain range, people also refer to the Great Himal Race as “the race you can see from the moon”. This year, participants will traverse the entire Nepalese Himalaya for the first time. In 2016, the race also started in Taplejung, but ended in Kathmandu.

The Great Himal Race was organised by Bruno Poirier, who himself ran across Nepal in 1994, along with the French running collective. Apart from many French and other international runners, eight Nepalis will also participate. Runners have chosen to run solo or in a team of two or three. They will receive assistance every five-seven days.