The energy to do it ourselves

A wonderful testimony of an extraordinary life of Odd Hoftun, the pioneer of hydropower industry in Nepal
Bhola Shrestha

Power for Nepal describes the pioneering work by a Norwegian missionary engineer in launching the hydropower industry in Nepal since the 1960s. The translation of a biography tells the inspiring story of an idealistic visionary who felt a compelling desire to raise living standards in a faraway land, and was probably way ahead of his time.

The young Odd Hoftun found himself in a character in an Ibsen play who felt he had ‘God’s seal on his forehead’. He felt it was his destiny and let his missionary zeal take him to Nepal, which at that time was a remote Himalayan kingdom just opening up to the outside world. 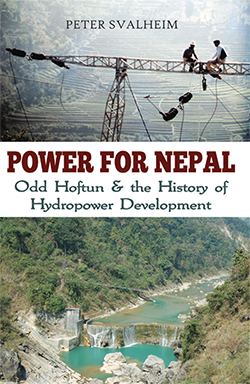 Odd Hoftun & the History of Hydropower Development by Peter Svalheim, translated by

The author points out that the ‘combination of place, culture and time constituted the background for Hoftun’s extraordinary life’. Born to an engineer father in 1927 in rural Norway, where his home was a centre for progress, the young Hoftun was inculcated early on in caring for the underprivileged.

Aged 31, Hoftun left his comfortable career as electrical engineer in Norway in 1958 and with his wife Tullis came to Nepal to help build Tansen Mission Hospital. After it was built, he stayed on in Nepal for another five decades establishing over a dozen institutions and companies from scratch, like Butwal Technical Institute (1964), Tinau Hydropower (1966), Butwal Power Company (1965), Development and Consulting Services (1972), Gobar Gas Company (1978), Andhikhola Hydropower and Rural Electrification (1982), Himal Hydro (1978), Jhimruk Hydropower (1992), Hydro Lab, Himal Power (1992).

Hoftun was building capacity long before that became a development buzzword, and put Nepal on track towards energy self-reliance. With his north European Christian work ethic, and people-centred decentralised approach which empowered citizens and the state to be less dependent on the outside. Hoftun’s mantra of self-reliance is more relevant today than ever before.

It appears that Hoftun’s pioneering work in creating a hydropower industry for energy self-sufficiency was far too visionary to draw the attention of Nepal’s policy-makers and planners which was locked in an aid-seeking development model. Reading Power for Nepal during the Indian blockade was a poignant reminder to work towards energy self-sufficiency. Still, it is because of Hoftun that Nepal has developed the capability to design and construct hydropower projects and manufacture some of the electro-mechanical and hydro mechanical components to world standard.

Butwal Technical Institute should have been a model for vocational training in Nepal, imparting practical skills for young Nepalis so they wouldn’t have to migrate for work, and even if they did, could earn more. 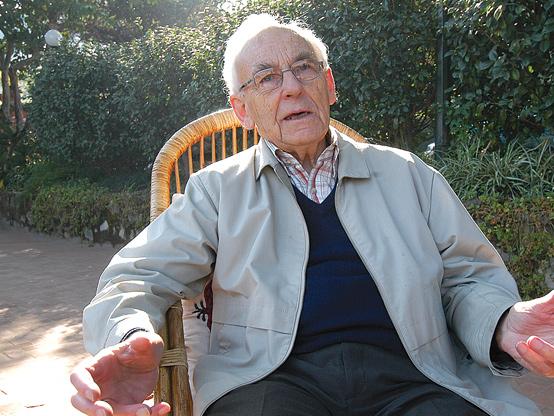 Hoftun was a pioneer and overcame many obstacles: his own colleagues had a different development philosophy, Nepali trainees misunderstood him, there were many technical challenges in building the first hydropower tunnel in Nepal, and the chronic lack of funds. The Hoftuns also raised a family without the facilities and comforts of home. Their second child Martin, was born in Tansen and after a complication in delivery later developed a physical disability. Martin died in 1992 in a plane crash while flying into Kathmandu, and it is fitting that his father’s book is published by a thinktank that bears his name, Martin Chautari.

The elder Hoftun was able to overcome obstacles and thrived in meeting challenges possibly with inspiration and guidance he found in his strong Christian faith. The central motivation for Hoftun in his lifetime in Nepal was a kind of ‘society construction’ to build up proficiencies and attitudes, which led to the creation of a vibrant hydropower industry in Nepal. The book is a wonderful testimony of an extraordinary life of Odd Hoftun, the pioneer of hydropower industry in Nepal. If only we had built on what he build.

Bhola Shrestha is a mechanical engineer who has managed energy projects in Nepal and Africa as an independent consultant.