Philip’s photography depicts the silent and the invisible, he is an ardent believer in the unfiltered projection of truth.
Hannan Lewsley

Philip Blenkinsop first came to Nepal in 2001 drawn by the then-elusive Maoist guerrillas in a war that the rest of the world didn’t know was happening in the Himalaya.

But that year in June, Nepal did suddenly hit the international headlines. The royal massacre took place, and the Thailand-based Australian photographer found himself in the thick of the dramatic events in Kathmandu. Since then, Blenkinsop has kept coming back to Nepal. He is here again this week to exhibit his hitherto unpublished photographs, In the Shadow of Hope, at Photo Kathmandu. 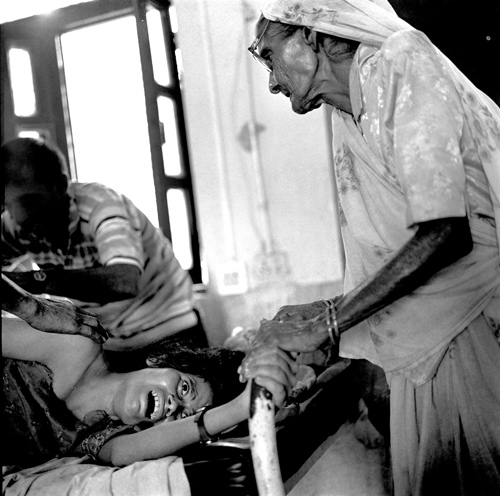 “I knew after that first trip that I would be coming back,” he says while setting up his exhibit at the Old Courthouse in Patan. “I have an immediate sense of responsibility to the people of Nepal.”

Philip’s photography depicts the silent and the invisible, he is an ardent believer in the unfiltered projection of truth. His work is often shocking, but he uses this emotion as a tool in communicating what he terms “a catalyst for change”.

The projection of overlooked injustices is a relevant concept in contemporary Nepal, but Blenkinsop’s images always evoke a sense of struggle and hope. The simplicity of sparingly hung, large format black and white photographs that line the crumbling walls of the Old Courthouse In the Shadow of Hope contrast heavily with the vivid scenes they depict. Blenkinsop strives to make his exhibition interactive. He says: “A good photograph is one that doesn’t necessarily give answers but it asks questions of the viewer.” 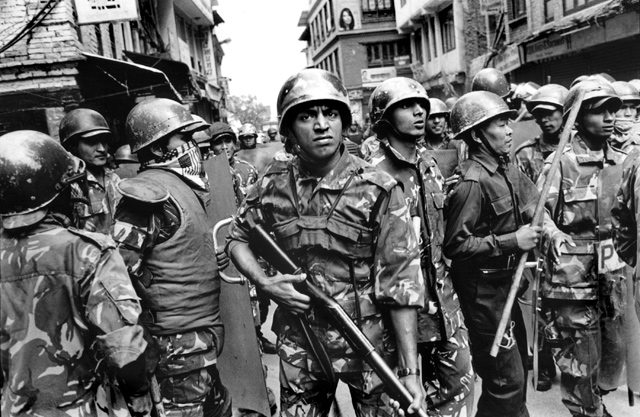 Blenkinsop’s passion is evident in his work, and he says the photographs are not just for the viewer but for the subject as well: usually they are families of the mistreated, exploited or killed. “I can’t tolerate injustice,” he says, “the whole fuel and direction of my journey for the past 25 years has been against injustice. I interpret scenes as honestly as I can to show where I’ve been and what I’ve seen.” These are real lives of real people, caught in a transient moment and shown to the world so that people may know, and so that people may change.

Asked to summarise his main message in the exhibition, Blenkinsop has a simple answer: “Come and look at the show, and make up your mind.” 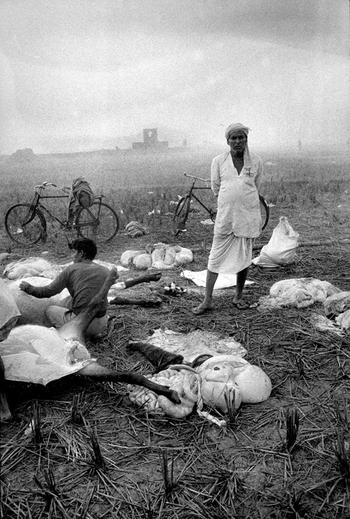 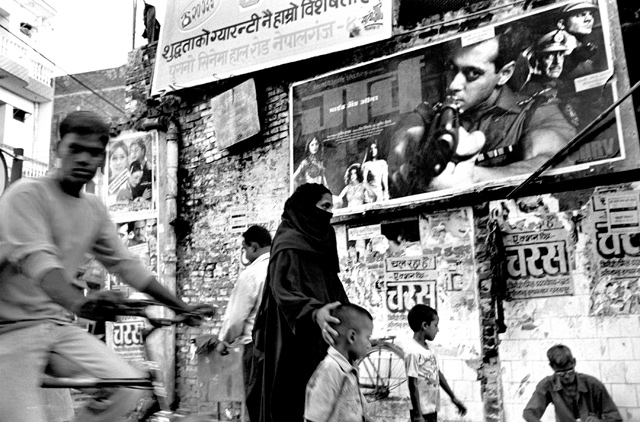 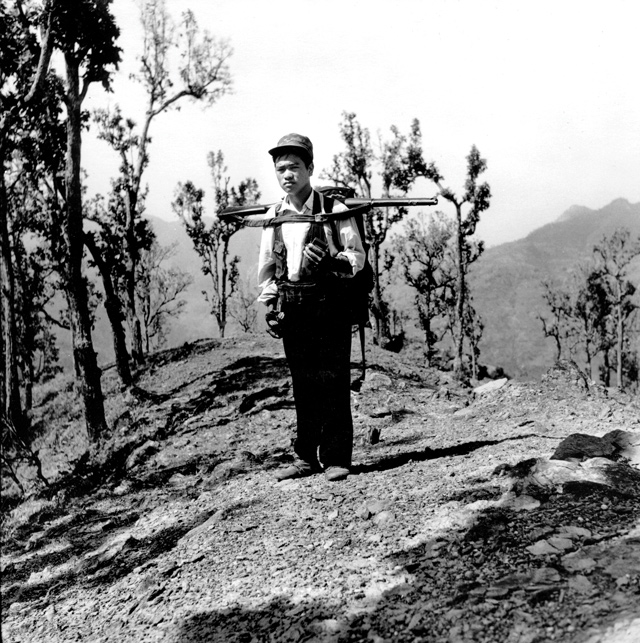 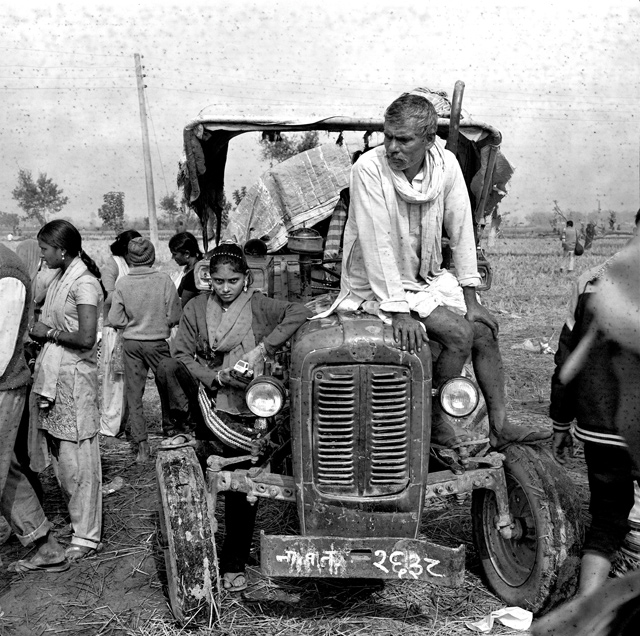 In the Shadow of Hope 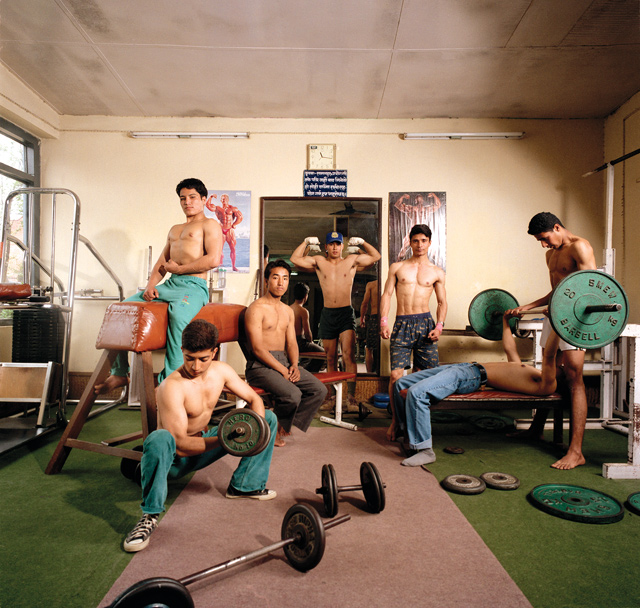 Finnish photographer Tuomo Manninen first visited Nepal in 1995 with the aim to see the side of the country not portrayed in international media. Twenty years later, he returns with We, a collection of photos taken during his one-year stay in Nepal.The exhibition is part of the ongoing photography festival, Photo Kathmandu.

Manninen’s images –all structured group portraits– lie within the blurred lines that divide art and photojournalism. The artistic nature of his work allows a visual portrayal of life in Nepal free from the constraints of objectivism.

He maintains a very dynamic perception of art. Asked where the boundary between art and photojournalism lies, he attributes the difference to purpose: “It is art, if that is what the creator intended,” he says.

Fourteen out of the 30 images that comprise Manninen’s collection from Nepal line the stone walls of the historic entrance of Mulchowk, within the grounds of Patan museum. The photographer is thrilled at the opportunity to show his work to the people who made it possible.

With subjects such as the staff of the Nepal Stock Exchange Limited; a Nepali wedding band; and farmers posing in front of a timid elephant, We succeeds in capturing life in Nepal, rarely seen outside the country. Captured on film, and exhibited as an integral part of Photo Kathmandu, Manninen’s exhibition offers a genuine insight into everyday Nepali life, twenty years ago.

A problem with no name

In an effort to seek a 'win-win' arrangement, let's not settle for something that will make us all losers
ANURAG ACHARYA

The corner people of Olangchungola

A village in the remote mountains of north-eastern Nepal makes a distress call
KRISHNA SINJALI in TAPLEJUNG
Wow! It namely likewise fine treatise about JavaScript, babyliss pro curler I dissimilar Your post doesn't acquaint any sense. ray ban outlet uk if information are defined surrounded sketches one can effortlessly be versed with these. hollister sale I think a visualized exhibit can be better subsequently simply a effortless text, chanel espadrilles for sale that why it gives you improved quality. getnjloan.com Can you amuse forward me the code for this script alternatively interest distinguish me surrounded detail among relation apt this script? Vivienne Westwood online get a babyliss perfect curl Very soon this network sheet longing be outstanding among all blog viewers, isabel marant sneakers saleI too prefer Flash,