Nepalis just celebrated their biggest festival, Dasain. As they wait for Tihar, they can revel in the annual jazz festival, Surya Nepal Jazzmandu, an event that has put Kathmandu on the international jazz map.

Since the first jazz festival in 2002, the event has redefined Nepal’s local music scene and fostered artistic encounters between international bands and homegrown artists. Jazzmandu will take over the city from 12 to 18 October, marking its 15th birthday. 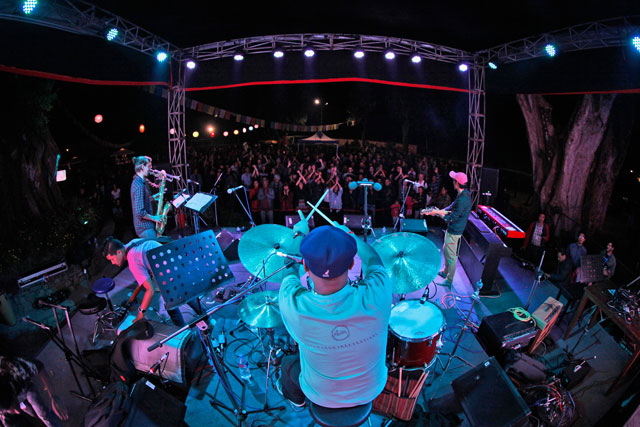 The festival’s Samir Chettri says Jazzmandu’s recipe for success is simple: “We try to bring the best international artists to perform in the festival every year, where they get to collaborate with fantastic local talent.”

The festival will start with a special ‘Concert for School Students’ at Alliance Française de Katmandou (AFK) in Jhamsikhel and end with artists bringing all their energy to a single stage on 18 October (See box).

Jazzmandu first-timer Alan Gemberling, of Palouse Jazz Project, says he’s excited to be included among such a diverse group of musicians. “This is an opportunity to learn more about the culture in Nepal,” he adds.

AFK has been supporting the festival for many years, and this year is bringing in a band, ElektriP, for the first time. “Not only does the festival bring international artists to Kathmandu, it also nurtures and encourages young Nepali musicians in their careers,” says AFK Director Véronique Becchia.

“We are looking forward to sharing an energetic performance and a great time with the audience discovering French fusion and grooving jazz,” she adds.

Thailand’s Teerapoj Plitakul performed at Jazzmandu in 2012 with his popular project Rootman and returns this year with his new line-up, Teerapoj Plitakul Trio. He told Nepali Times: “I fell in love with Nepal when I performed here in 2012. Jazzmandu is one of the greatest festivals in Asia where people can listen to real music.” 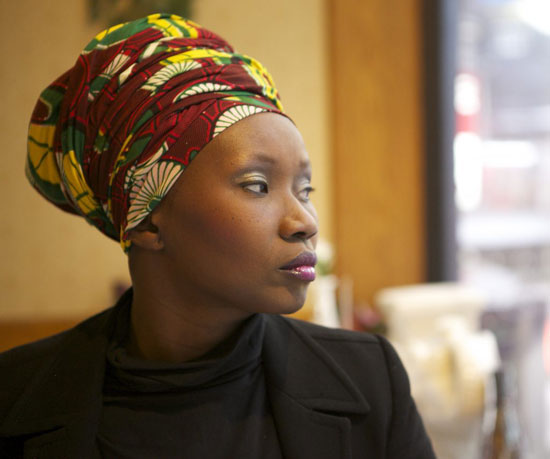 This band is a rare combination of talents on the Thai jazz scene. All three members, pianist Teerapoj Plitakul, US-born drummer David Parente and bassist Nutchapon Choossakul are renowned in Asia, and beyond. Plitakul's style has been honed through collaborations with an array of Thai and international artists, and his leadership of the groove and funk ensemble Rootman. 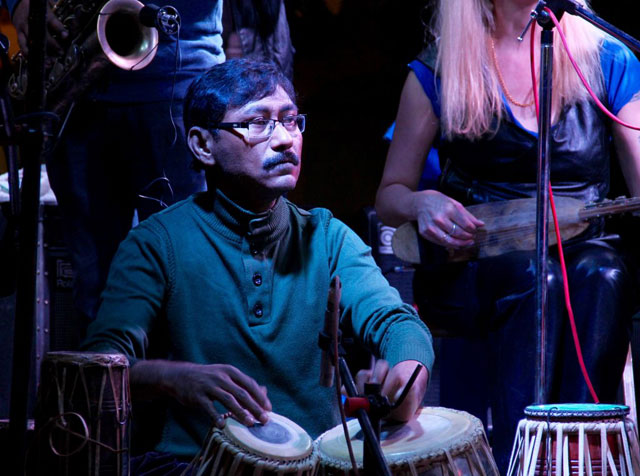 Tabala maestro Rabin Lal Shrestha has teamed up with Ishwor Joshi and Jonisha Paudel to mesmerise the stages this year. Shrestha has played with world-renowned flautist Pt. Hariprasad Chaurasia, and has released four albums since 2012. 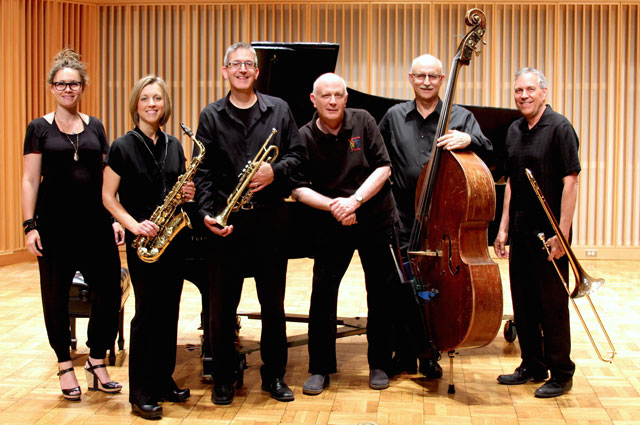 This dynamic sextet, established in 2006, performs mainly around north-western United States. Comprised of musicians who have studied with some of the top names in American jazz, the band plays both jazz standards and a variety of original numbers. It recently released an album of its own arrangements.

All five musicians of Toy Story are adept at combining the improvisational freedom of jazz, the grooves of hip-hop, the intimacy of chamber music and aesthetics from a range of musical cultures to create a sound that defies categorisation. 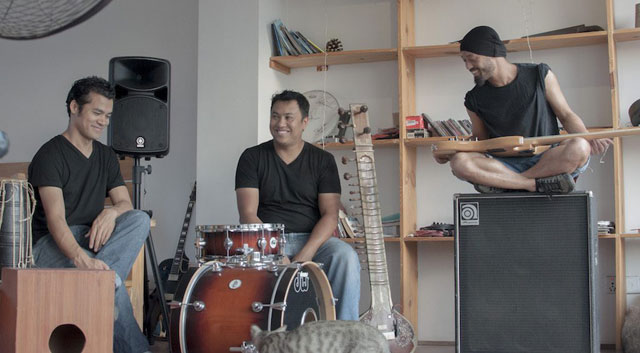 This power trio from Kathmandu combines sitar, bass and percussion to create a unique fusion of traditional melodies. KANTA dAb dAb blends Eastern classical forms and rhythms from Kathmandu and various Western influences to create a contemporary sound. The trio has toured Europe and performed at numerous venues in Nepal, where members have worked with many of the country's best-known musicians. 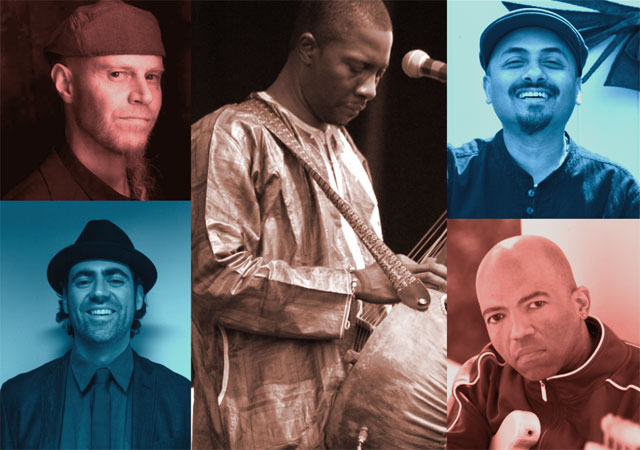 New York-based, Swiss pianist and composer Manu Koch started Filtron M in 2012, as a project to combine the genres he encountered in his music career. NepaMali, a distinct incarnation of Filtron M, brings Manu together with several of his friends and collaborators from over the years. 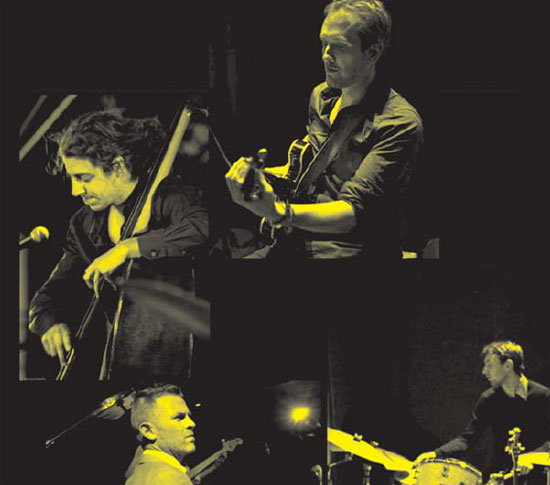 The members of ElektriP have played on many of Europe’s most prominent stages. The bold quartet, rooted in jazz fusion, was formed in 2015 to play original compositions by guitarist Benjamin Guimbert, and also covers tunes by pioneers such as Billy Cobham and Mike Stern. 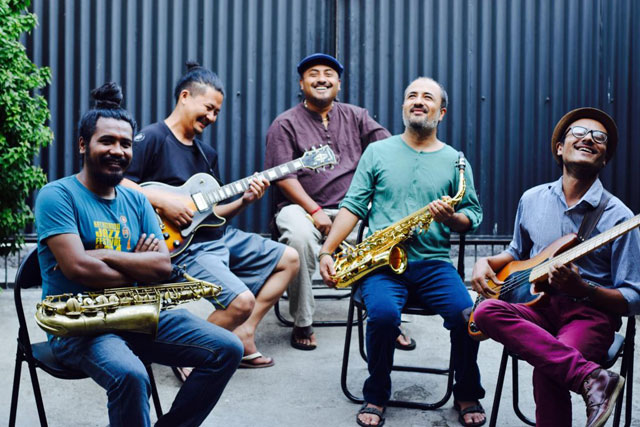 As the first Nepali jazz band, the members of Cadenza Collective combine jazz, Afro-funk and Nepali folk music into an irresistible blend pleasing to both body and mind. Led by drummer and composer Navin Chettri, the group has already released five albums of original music, claimed prizes at Nepal’s leading music awards and performed in Australia, India and Europe. 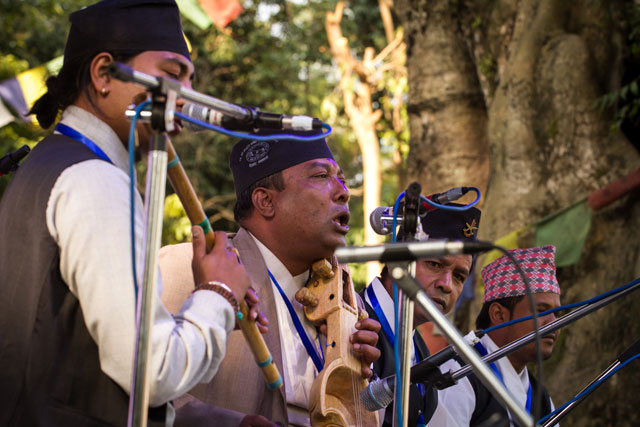 The Gandharvas represent a long tradition of travelling folk musicians who once roamed widely among Nepal’s villages bringing music and entertainment. This group will deliver a medley of Nepali folk songs, accompanied by sarangi and traditional percussion instruments. Led by Sanu Kancha Gandharva, the band focuses on keeping Gandharva music and culture alive in Nepal.

WHO, WHAT, WHERE, WHEN

This is a Jazzmandu tradition of promoting music education and cross-cultural understanding. Jazzmandu artists continue the legacy by playing great music for young minds.

The first jazz band of Nepal, Cadenza Collective gathers new and old friends for an explosive jam at Nepal’s most storied jazz club.

Tickets: Rs600 (Tickets available at the door only)

Jazzmandu takes over the city as various artists play their sets at intimate venues across Kathmandu Valley. Jazz fans can take their pick from among various venues at a location convenient to them.

In the music marathon the entire festival line-up takes turns on stage before jamming together in the jungle under the stars at Gokarna, Kathmandu's primeval forest and former royal hunting reserve.

A special session where music students and enthusiasts can learn techniques and receive tips and career advice from international musicians.

Jazz at the Temple House

Cadenza Collective once again joins Nepali classical musicians and a selection of international artists for an evening of fusion in a gorgeous courtyard venue.

Jazzmandu Artists bring all their energy to a single stage to light up the festivities in a climactic Grande Finale.

Jazz it up in Mandu, Sahina Shrestha

On the eighth note, Paavan Mathema

What they can do in Jazzmandu, Cadenza and Friends

The still-life of red-light kids

Looking back with fondness

The author smothers readers with her own zing and zest.
CK LAL

Its time to re-plan tennis in Nepal, for our kids sake
SUJAY LAMA
Wow! It namely likewise fine treatise about JavaScript, babyliss pro curler I dissimilar Your post doesn't acquaint any sense. ray ban outlet uk if information are defined surrounded sketches one can effortlessly be versed with these. hollister sale I think a visualized exhibit can be better subsequently simply a effortless text, chanel espadrilles for sale that why it gives you improved quality. getnjloan.com Can you amuse forward me the code for this script alternatively interest distinguish me surrounded detail among relation apt this script? Vivienne Westwood online get a babyliss perfect curl Very soon this network sheet longing be outstanding among all blog viewers, isabel marant sneakers saleI too prefer Flash,