In the name of the destroyer

Devotees prepare yourselves for yet another kooky Shivaratri celebrations 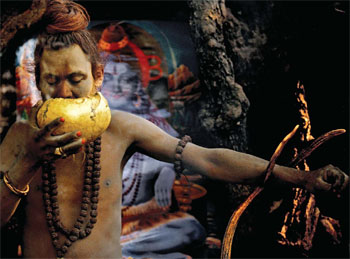 Shivaratri is upon us and so are hundreds of bearded, naked, marijuana-smoking incredible feat-performing ascetics. Shiva: creator, destroyer, Lord of all Lords, and patron saint of all stoners.

Every year, on the 14th day of the Krishna Paksha in the month of Falgun, thousands of devotees flock to Pashupatinath. Most go to pay their respects, but there are those who are lured more by the offer of Shiva’s prasad, ganja and bhang, than by devotion.

No one is entirely sure why we celebrate Shivaratri: it is Shiva’s honeymoon, the night he performed the tandava, or dance of destruction, or the day he drank the churned out poison from the ocean of the gods, thus gaining his distinctive blue throat, or neela kantha.

But a better and less often heard story is about how Shiva came to be the main man of the trinity. It all started when Shiva was asked to arbitrate a dispute between Brahma and Vishnu about who was stronger. Our hero transformed himself into a gigantic linga and posed the fighting parties a challenge: to find its beginning and his end. They didn’t figure it out, of course, and in the end the massive column slit open, revealing Shiva reclining inside. A little strange and certainly anatomically impossible, but he did strike awe-and modesty-into the hearts of the other two and they gave up their little discussion. And this, readers, is why the various babas who congregate around Pashupati do the things they do. And why Shiva is regarded as the perfect husband. 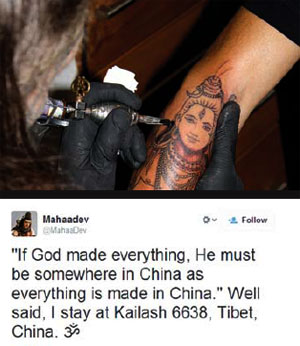 Come Thursday, things are likely to get a little kooky around Pashupatinath. The sadhus with the huge tika, tridents, and orange-red robes are to scare the children with. The heavy duty ones are the ash-covered, bearded, dreadlocked, naked babas. The chillum is a standard accompaniment, but the other odours and the greasy, sinister black tika on the forehead make them even more forbidding.

If you come across a group of nanga babas chanting, getting high, or wielding their weapons, stand back. Unsuspecting and overly curious onlookers have been known to be cursed heartily.

From the cement we use to build our homes to the dhoops we light for aartis, Shiva is an omnipresent force in the subcontinent. Half our family and friends are named after him. Now this fiery-eyed destroyer of worlds is becoming something of an international cult figure as well. 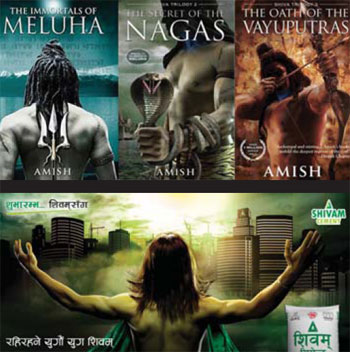 He was on the cover of Newsweek magazine as US President Barack Obama in 2010. His inked avatars adorn countless bodies and he spawns several parody accounts on social media. And with the help of Indian writer Amish Tripathi’s best-selling Shiva Trilogy the dance loving, ganja smoking, bhang consuming, moody Hindu deity is boosting his global cool and mesmerising a new generation of bhaktas.