Don't forget those who were wounded 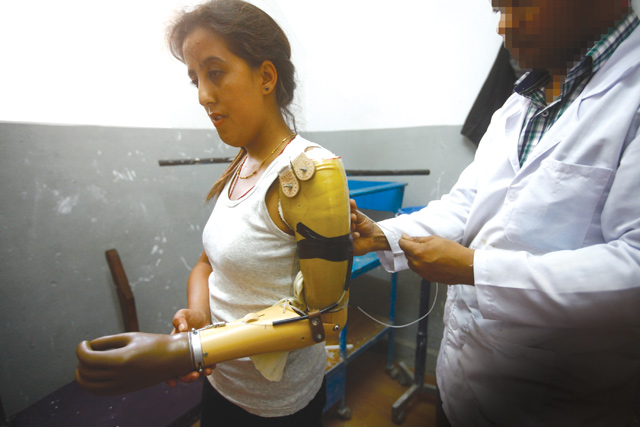 Promising tomorrow: Divya Shrestha (22) gets her prosthetic arm fitted at the National Disabled Fund in Kathmandu this week. She hopes her life will now change for the better.

For 22-year-old Divya Shrestha events of that day last year are seared in her memory. As her house in Sindhupalchok started collapsing, she started running out, but was trapped underneath the stairs. She was buried under the rubble for five hours until a Nepal Army rescue unit dug her out.

“I thought that was the end, that I was going to die,” recalled Shrestha, who lost her left arm and sustained grievous injuries. But she was lucky, ten others in the house were killed.

Shrestha is among the estimated 5,000 among many more wounded who have been permanently disabled by the earthquake. A year on, they are trying to heal their physical and emotional scars, and get back on their feet and live independent lives.

Amputees and the paralysed are getting help from organisations like the National Disabled Fund (NDF) and Handicap International (HI) who are fitting them with prosthetics and providing wheelchairs free of cost.

“I had lost all hope, but now I feel everything will fall into place if I get a good job,” says Shrestha, who would have completed her Bachelors in Commerce this year. She now wears a locally manufactured prosthetic arm below her elbow which, with practice, will give her limited mobility.

In addition to prosthetics, NDF also provides its 40 patients with physio- and occupational therapy. “When they come here, they see that there are many others like them and they are reassured,” explained the NDF’s Shriram Panta. 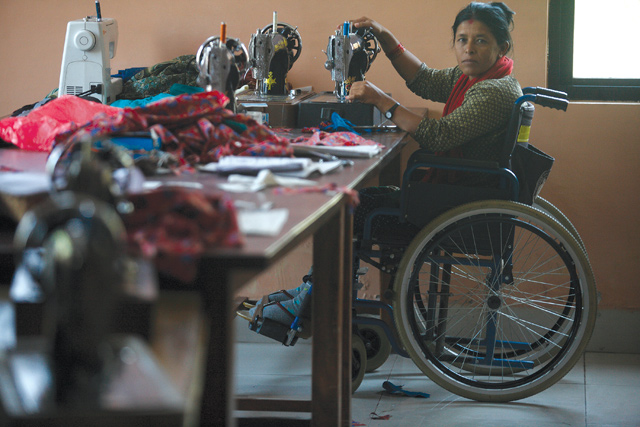 Pics: Gopen Rai
Yamuna Gautam paralysed after last year's earthquake, learns how to sew at SIRC in Sanga. She hopes to make a living from this new skill once she is discharged.

In Sanga, the Spinal Injury Rehabilitation Centre (SIRC) has helped earthquake survivors who have backbone injuries with rehabilitation as well as vocational training and counselling. One of the patients therein Yamuna Gautam, 37, from Sindhupalchok who was buried with her son under her home on 25 April last year. She is paralysed from the waist down and is still getting physiotherapy.

“We can’t just sit and say we can’t do it,” Gautam said, “they taught me how to sew, and I think I could make a living with that skill. And maybe I can walk again someday.”

Amar Budathoki from Dang was working at a construction site in Thamel when the building went down, injuring him. Now paralysed, he is worried about supporting his wife, two daughters and two sons. “I just want to know when I can start walking again so I can go back to work,” he said as his wife, Gita, looks after him at SIRC. She added: “He cannot take care of himself, if only the government would help us with our children’s education it would be a great relief.”

Lekhnath Paudel of SIRC, which has so far treated 150 patients with spinal injuries from the earthquake, says what is more important than physical treatment or surgery is rehabilitation, therapy and the emotion support.

Families of the dead got compensation from the government, those whose houses were destroyed have started getting help, but the wounded and permanently handicapped have fallen between the cracks. Although medical expenses of disabled survivors is supposed to be free, Sudarshan Subedi of National Federation of the Disabled, Nepal said: “There are no concrete plans regarding employment, handicapped-friendly infrastructure, treatment, education or skills-training.”

Sandesh Basnet, 15, lost both his feet in the earthquake and says it was difficult for him to go to school. He has now got prosthetic feet from the NDF and can finally go to school. He said: “I had dreams of joining the army, but now maybe I could help those like me.” 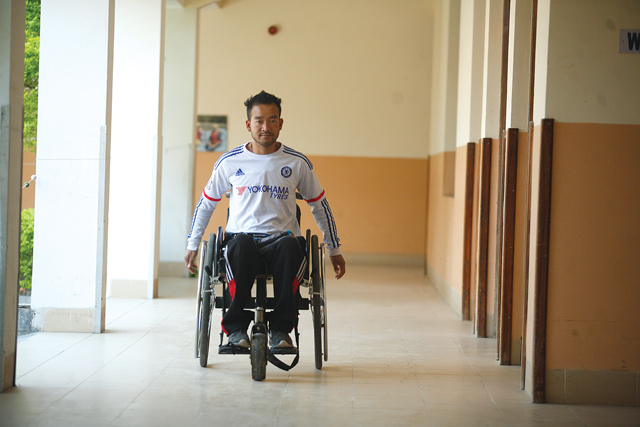 Kesh Bahadur Gurung was on a tractor with relief materials in Laprak when a strong aftershock sent rocks raining down on him. Now paralysed waist-down he moves around in a wheel chair in the Spinal Injury Rehabilitation Centre (SIRC) where he received treatment for five months and is now a peer counsellor.

“The first question every patient asks me is when they will be able to walk,” said the 27-year-old. “I know how it feels because for me it was very hard to deal with my situation initially so I break the news to them gradually.”

Encouraging patients to focus their attention on other qualities like singing and writing, Tamang hopes to inculcate the self-confidence and emotional strength which helped him during his own difficult times at the centre.

He added: “I am very happy where I am now, helping those like me.”

Our reason for bean

Wherever the aromatic beverage has tickled a nose, there is a frenzy for that perfect cup of steamy brew-now, right here in Kathmandu.
SRADDHA BASNYAT

Sixteen opinions on the state of the nation

As State of Nepal goes into its third reprint less than a year after its release, Mark Turin reviews the book that has become essential reading for everyone interested and involved in Nepal.
MARK TURIN

Sancharika Lekhamala in Aparanha, 14 November
Wow! It namely likewise fine treatise about JavaScript, babyliss pro curler I dissimilar Your post doesn't acquaint any sense. ray ban outlet uk if information are defined surrounded sketches one can effortlessly be versed with these. hollister sale I think a visualized exhibit can be better subsequently simply a effortless text, chanel espadrilles for sale that why it gives you improved quality. getnjloan.com Can you amuse forward me the code for this script alternatively interest distinguish me surrounded detail among relation apt this script? Vivienne Westwood online get a babyliss perfect curl Very soon this network sheet longing be outstanding among all blog viewers, isabel marant sneakers saleI too prefer Flash,