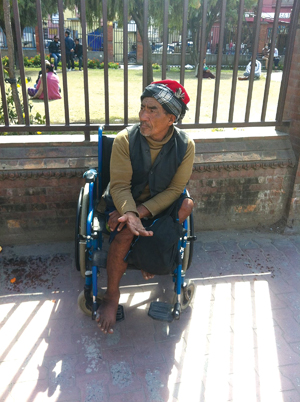 WESINGFORNEPAL.BLOGSPOT.COM
When we were in medical school, life expectancy, infant mortality rate, standardised mortality ratios etc were used to assess the general health of a population. In the last decade, however, the World Health Organisation has come up with more comprehensive measures to determine the burden of disease in a country.

Known as disability-adjusted life years (DALYs), this method takes into account both absolute years of life lost due to disease (premature death) as well as productive years lost because of disability. DALYs reflect the effects of disease within a population more accurately because individuals who fall ill cannot contribute fully to society.

Interestingly when DALYs are used as the main measure to indicate the burden of disease in a community, depression (unipolar depressive disorder) accounts for the greatest burden in high-income countries. Depression by this measure even supersedes ischemic heart disease (heart attacks), cerebrovascular disease (strokes), Alzheimer’s, and disorders related to alcohol abuse.

Although depression is quite common in developed countries, death rate is low and is mainly reflected in suicides. So it creates disability and loss in productivity without any significant impact on years of life lost. Depression often develops at young age and persists or recurs throughout an individual’s lifetime, leading to significant morbidity over time. However, ischemic heart disease still continues to be the main cause of death in the West.

In fact, lower respiratory tract infections (such as tuberculosis and obstructive lung disease) not only account for the highest number of DALYs in low income nations, but are also the main cause of death. Though both infections are easily preventable, they kill thousands every year in Nepal and leave hundreds more disabled. Therefore to boost the country’s productivity, the state has to give greater priority to the prevention of these diseases.

Comes around, goes around

Interview with NC(D) member of parliament from Humla, Jiwan Shahi in the Prakop Chakra program on Radio Sagarmatha 102FM, 4 December

Most bloggers this week sympathise with the king
MALLIKA ARYAL
Wow! It namely likewise fine treatise about JavaScript, babyliss pro curler I dissimilar Your post doesn't acquaint any sense. ray ban outlet uk if information are defined surrounded sketches one can effortlessly be versed with these. hollister sale I think a visualized exhibit can be better subsequently simply a effortless text, chanel espadrilles for sale that why it gives you improved quality. getnjloan.com Can you amuse forward me the code for this script alternatively interest distinguish me surrounded detail among relation apt this script? Vivienne Westwood online get a babyliss perfect curl Very soon this network sheet longing be outstanding among all blog viewers, isabel marant sneakers saleI too prefer Flash,