The freedom to be free 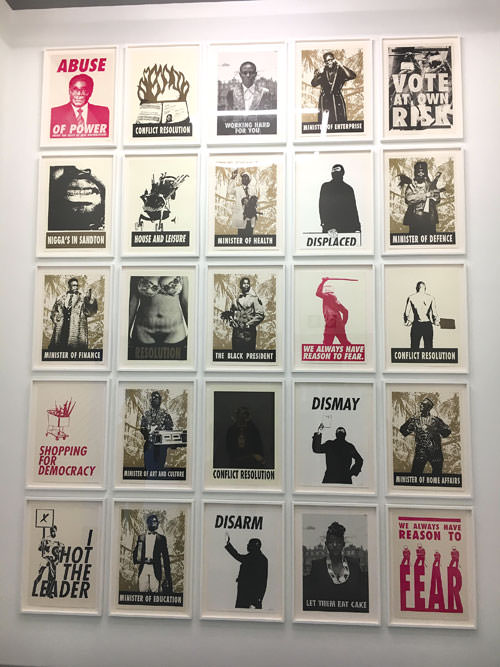 ‘We need to put the country before party.’

‘… the judiciary and Parliament should be put beyond the reach of party hacks.’

‘When the Truth and Reconciliation Commission offered blanket amnesty to anyone who had committed grave violations of human rights… half the Cabinet was pardoned.’

‘The state-owned petroleum company has a habit of wildly shoveling money in the direction of power brokers, so Parliament has to be ultimately responsible for oversight.’

These and other sentences from the opinion pages of newspapers are not from the Nepali press, but from last week’s South African newspapers. They indicate identical political trajectories in the two countries, a similar frittering away of hard-won freedoms and a familiar stench of democratic decay.

President Jacob Zuma spent years in prison with Nelson Mandela on Robben Island, but is now neck-deep in allegations of nepotism and corruption. His son, Duduzame, has his hands in the honey pot, and #GuptaLeaks emails prove just how close the Indian Gupta brothers got to state capture.

‘Perhaps the greatest wound that Zuma has inflicted upon our republic is that he has buried decency and accountability under rubbish heaps of sleaze and corruption,’ concludes investigative journalist Jacques Pauw in his explosive new book, The President’s Keepers: Those Keeping Zuma in Power and Out of Prison. An international conference of investigative journalists in Johannesburg last week denounced the South African government’s attempt to censor Pauw’s book.

An even sharper critic of Zuma is his former intelligence chief, Ronnie Kasrils, whose book A Simple Man: Kasrils and the Zuma Enigma portrays the president as a dangerous demagogue. “He is sly, cunning, deceitful and manipulative. Any opposition or criticism to his looting of the state, he eliminates, no matter the opposition,” Kasrils said at a recent book launch.

All this sounds very familiar to recent exposes in the Nepali press pointing to outright plunder of state coffers by politicians, taking kickbacks on large projects, infiltration of Parliament by vested interest groups, and the activities of the medical education mafia. As in South Africa, these crimes are being committed by former freedom fighters.

The so-called Third Wave of democracy that swept the world 30 years ago saw the fall of the Iron Curtain, beginning of the dismantling of apartheid in South Africa and in Asia, the demise of dictatorships. That global surge of freedom three decades ago, which also brought changes to Nepal in 1990, has given way to disillusionment and cynicism. 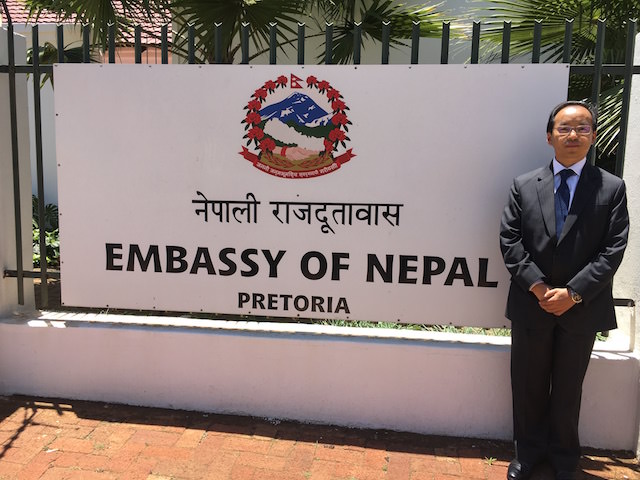 There are parallels in both countries of former revolutionaries who squandered the people’s sacrifices to go on to become as venal and ruthless as the rulers they replaced. Both failed to reap the democratic dividend, and continue to bleed their countries dry. Relatives of victims await truth, justice and closure in both countries as apartheid era crimes in South Africa and human rights violations in Nepal are brushed under the carpet.

Nepal’s Ambassador to South Africa, Amrit Rai, told Nepali Times that both Nepal and South Africa have seen historical political transformations and can learn from each other’s experiences how they can better serve their peoples. He adds: “We are facing similar challenges in building enduring governance institutions, making rule of law work effectively and efficiently and bringing the economic dividend to the people. We also face challenges of meeting the high aspirations of our people in the democratic environment.”

Politicians flirt with tribalism and stoke ethnic tensions for political gain in both places. Just as here the white supremacist AfriForum tries to revive Afrikaan nationalism, in Nepal Hindu monarchists are trying to roll back history. The plan to turn Mandela’s residence in Alexandra township into a tourist attraction is just as neglected as the BP Museum in Sundarijal.

“In South Africa today race divisions are transferring into class divisions,” explains journalist Ida Jooste, “but opposition to Zuma is now across the racial divide.” Her list of the state institutions co-opted by the President and his cronies sounds uncannily like Nepal: the prosecuting agencies, judiciary, anti-corruption bureau, state security and intelligence agencies. Watching the overthrow of Robert Mugabe in neighbouring Zimbabwe, analysts here warn that Zuma may suffer the same fate.

And just like in Nepal, the media is one of the few institutions still relatively independent. A recent attempt by the establishment to turn the South Africa Broadcasting Corporation into a platform for government propaganda was resisted by eight courageous journalists called the ‘SABC8’.

The sense of having dreams shattered is starkest at the Apartheid Museum here, which has Mandela’s famous quote on its wall: ‘The truth is that we are not yet free, we have merely achieved the freedom to be free, the right not to be oppressed.’

Backlash against the backlash, Sonia Awale

Why some doctors stay and others go away

"Nationalism is not an excuse for self-indulgence", Kantipur

Baburam Bhattarai, 12 August
Wow! It namely likewise fine treatise about JavaScript, babyliss pro curler I dissimilar Your post doesn't acquaint any sense. ray ban outlet uk if information are defined surrounded sketches one can effortlessly be versed with these. hollister sale I think a visualized exhibit can be better subsequently simply a effortless text, chanel espadrilles for sale that why it gives you improved quality. getnjloan.com Can you amuse forward me the code for this script alternatively interest distinguish me surrounded detail among relation apt this script? Vivienne Westwood online get a babyliss perfect curl Very soon this network sheet longing be outstanding among all blog viewers, isabel marant sneakers saleI too prefer Flash,