Departure of a South Asian 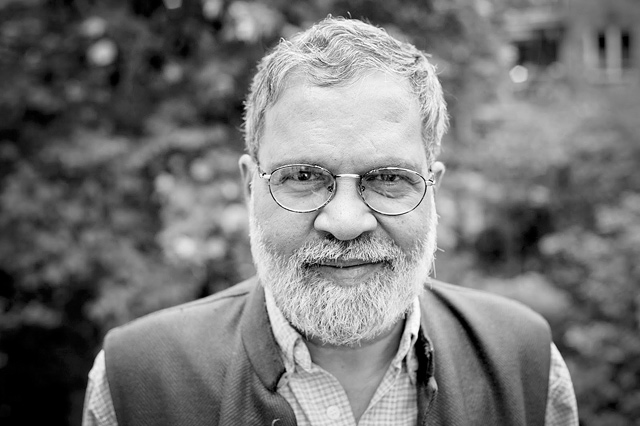 ‘The funeral for Praful Bidwai is scheduled for the 27th June 2015.’ That blunt email announcement on 25 June came as a shock.

How does one come to grips with the fact that this low-key but vital journalist, scholar and activist, one of India’s finest writers and columnists, a true humanist, secularist, and peacenik, is no more? Perhaps by remembering that the only thing certain in life is death. Bidwai had worked with the Times of India where he was a Senior Assistant Editor before embarking on a prolific freelance career with a long association with the wire service Inter Press Service (IPS).

Besides being a journalist, Bidwai was a scholar with solid academic credentials. He was a Professorial Fellow at the Centre for Social Development, New Delhi, and a Senior Fellow at the Nehru Memorial Museum and Library. He had served as a member of the Indian Council for Social Science Research, the Central Advisory Board on Education, and the National Book Trust.

His books included An India That Can Say Yes: A Climate-Responsible Development Agenda for Copenhagen and Beyond (Heinrich Boell Foundation, New Delhi, 2009) and the critically acclaimed New Nukes – India, Pakistan and Global Nuclear Disarmament, co-authored with Achin Vanaik (Interlink, 1999). In 2000, the International Peace Bureau awarded Bidwai and Vanaik the Sean McBride International Peace Prize in recognition of their work opposing nuclear weapons development in South Asia.

Bidwai was busy writer in the causes he took up. His syndicated columns were published in over 20 news outlets around the globe. The subjects he took up ranged from climate change, to nuclear (non) proliferation, and human rights issues such as discrimination against Muslims and Dalits in India.

In a recent piece, he invoked the civil liberties movement of the United States that as he pointed out ‘had to wage a prolonged and bitter struggle to achieve de-segregation’. Along the same lines, he argued for an anti-discrimination law to stop the ghettoisation and the growing Hindu-Muslim segregation in Indian cities. He urged the launch of a special initiative by civil liberties groups, and conscientious citizens ‘cutting across religion, to file criminal complaints’ against companies that openly discriminated.

They should also, he argued, ‘petition the Supreme Court to seek clarification that the spirit of the Constitution’s anti-discrimination and equal-treatment-of-citizens articles applies to non-state institutions too. That will help prepare the ground for the legislation India sorely needs’.

There is little doubt that he would have been at the forefront of such a movement, supporting it through his talks and writings and providing guidance where needed. His advice would also benefit activists in other South Asian countries, including Pakistan, where discrimination against one or other community regularly takes place.

Karachi-based activist Karamat Ali who travelled to Delhi for Praful’s memorial remembrance held on 8 July says: “We must remember him for his tremendous contributions towards peace and friendship between India and Pakistan and the people of South Asia.”

A true nationalist — not the flag-waving kind but someone who sincerely loved India and wanted to see her people prosper and be treated with respect and justice — Praful Bidwai was a flag-bearer of the anti-nuclear and anti-communal, leftist movements at home and abroad. He stood for human rights for all, regardless of nationality, gender, religion, caste or sect. Praful Bidwai’s departure is not just India’s loss, but a loss for secularists and humanists everywhere.

(A version of this article first appeared in The News on Sunday, Lahore.)

To extend or not to extend, Nepal

Editorial, 18 May
Wow! It namely likewise fine treatise about JavaScript, babyliss pro curler I dissimilar Your post doesn't acquaint any sense. ray ban outlet uk if information are defined surrounded sketches one can effortlessly be versed with these. hollister sale I think a visualized exhibit can be better subsequently simply a effortless text, chanel espadrilles for sale that why it gives you improved quality. getnjloan.com Can you amuse forward me the code for this script alternatively interest distinguish me surrounded detail among relation apt this script? Vivienne Westwood online get a babyliss perfect curl Very soon this network sheet longing be outstanding among all blog viewers, isabel marant sneakers saleI too prefer Flash,