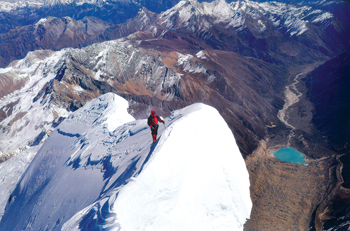 Nepal’s remote western region has always had an image problem. The trans-Karnali has suffered neglect from a succession of rulers in the capital and centuries of exclusion have left the region behind. A lack of priority and investment from Kathmandu for the western and far-western regions is one of the problems. But even elected legislators and senior ministers and prime ministers from the region largely abandoned their constituents when they got to Kathmandu. The west’s potential for harnessing natural resources to lift its living standards was therefore scandalously squandered.

Journalists, artists, and professionals from western Nepal have been trying to change the perception in Kathmandu of their region being ‘backward’. One of the latest is Bharat Bandhu Thapa who has brought out a photographic coffee table book, Wild-West Nepal: A Pictorial Journey.

The book doesn’t just illustrate through some stunning images the potential for tourism of Khaptad, Rara, Bardiya, and Sukla Phanta National Parks, but also give us a glimpse of the region’s rich cultural heritage. It is all the more ironical that western Nepal should be neglected because this is where the ancestors of the Brahmin and Chhetris of Nepal first settled before they started migrating eastwards.

Thapa has spent eight years crisscrossing western Nepal from the Tarai, the Inner Tarai Valleys and the remote and rugged mountains near Kanjiroba, Api, and Saipal and beyond into the trans-Himalayan Valleys of Limi in Humla. Thapa takes us from the summits of Saipal to the meadows of Khaptad and down to the wildlife safaris of Sukla Phanta.

This is a living album that introduces the far-west to Kathmandu and the rest of the world and illustrates the cruel paradox that people living in a land of such stupendous beauty should be so poor. But Thapa shows us through images what a great potential the ‘wild west’ of Nepal has to prosper. The author’s conclusion is convincing: Nepal’s west has the potential of not just improving the living standards of its long-suffering citizens, but also for pushing the whole country towards development. 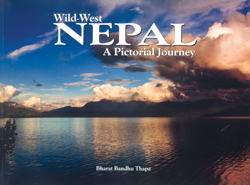 A climber approaches the summit of Mt Saipal on the northwestern corner of Nepal.

23 January
Wow! It namely likewise fine treatise about JavaScript, babyliss pro curler I dissimilar Your post doesn't acquaint any sense. ray ban outlet uk if information are defined surrounded sketches one can effortlessly be versed with these. hollister sale I think a visualized exhibit can be better subsequently simply a effortless text, chanel espadrilles for sale that why it gives you improved quality. getnjloan.com Can you amuse forward me the code for this script alternatively interest distinguish me surrounded detail among relation apt this script? Vivienne Westwood online get a babyliss perfect curl Very soon this network sheet longing be outstanding among all blog viewers, isabel marant sneakers saleI too prefer Flash,