India and China at tri-junctures

The Doklam standoff has driven a wedge between India and Bhutan 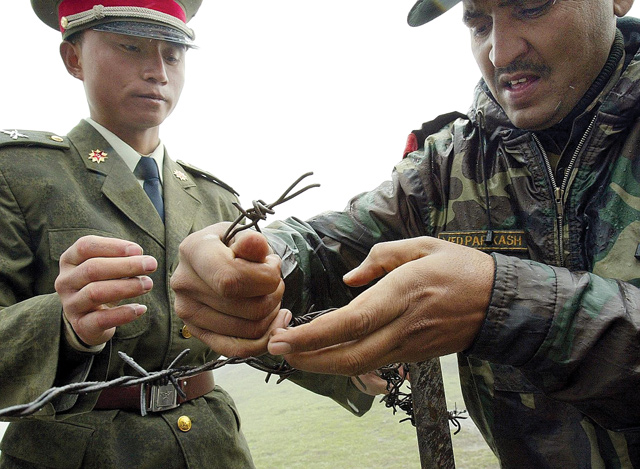 NEW DELHI — Nearly two months after it flared up, the standoff between China and India in the Doklam region of Bhutan is showing no sign of resolution. For New Delhi, the best possible scenario would be a mutual troop withdrawal by both armies and a return to the pre-16 June status quo near the strategic point where the borders of India, China and Bhutan meet.

But India’s offer last week for a mutual 250m withdrawal from the border has been already rejected by the Chinese, who instead claim that since India is in a third country’s territory, there is little to negotiate about unless Indian soldiers withdraw unilaterally first.

India, on the other hand, has maintained an unusual silence over the matter. External Affairs Minister Sushma Swaraj did speak in Parliament, stating that the problem could be resolved only through dialogue. But there has been only one MEA statement, on 30 June, which said that the construction of a new road by China was a violation of the 1988 and 1998 agreements between Bhutan and China. It added that this had serious security implications for India.

There is speculation that the two governments are in touch, but what, if any, progress has been made is unknown. India’s national security adviser, Ajit Doval, took up Indian concerns with the Chinese during his visit to China last month. But nothing public was said and in fact, China since then has stepped up criticism of India through its media. 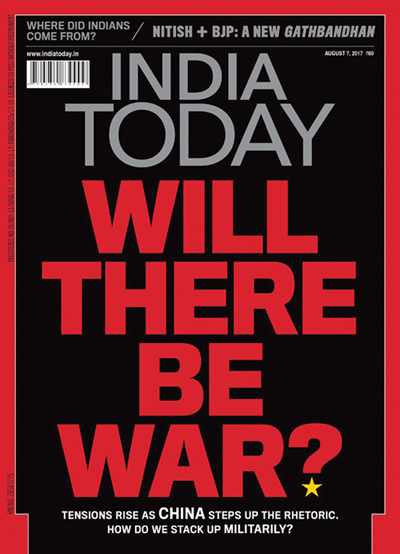 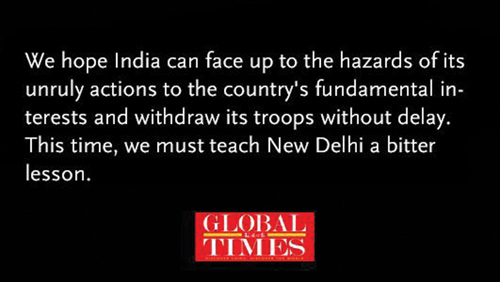 What complicates things is that India and Bhutan do not seem to be on the same page over the crisis. Some Indian security experts say India unilaterally sent additional troops to the Bhutan-China border without Bhutan’s consent. It has emerged that Thimphu has long desired to end its border dispute with China. In 2002 and 2012 China-Bhutan talks, Beijing is said to have wanted to swap territory in north-western Bhutan with a region along the central border as a package deal. India opposed this as it would have weakened its own border talks with the Chinese.

For the first time, Bhutanese academics and journalists have been openly critical of India, and some young Bhutanese have expressed strong anti-Indian positions in their blogs and on social networking sites. The standoff, therefore, has driven a wedge between India and Bhutan.

Given the rigid positions of India and China there are indications the crisis may drag on till winter. Neither nuclear power may want to risk a full-fledged war, but the dispute has opened some important facets. First, it has exposed the possibility of future flare-ups along other disputed parts of the Himalayan border. There have been standoffs before, notably in Depsang in Ladakh four years ago, which took three weeks to resolve. This time, the Chinese want Indian troops to withdraw even before any dialogue can take place.

Second, China is openly challenging India’s traditional space in South Asia. Besides its all-weather friendship with Pakistan, China is competing with India for influence in Nepal and Sri Lanka, and now with India’s closest ally Bhutan. All this is a reflection of China’s increasing international clout at a time when the United States appears to be taking a back seat.

Third, China appears to be sensitive to Indian efforts to seek strategic partnerships with the US and Japan – especially because of their joint naval exercises in the Indian Ocean.

South Asia’s smaller countries, like Nepal and Bhutan, need to urge their giant neighbours to strive for greater strategic maturity. Nepal Foreign Minister Krishna Bahadur Mahara rightly stated this week that Nepal will not take sides in the current dispute, an important position statement just before Prime Minister Deuba arrives here next week for his first visit after taking office.

Deuba needs to tread carefully since Nepal has a similar tri-junction border dispute in Lipu Lekh, and Chinese officials have hinted that the Sino-Indian understanding of it (which left out Nepal) could be raised. Nepal’s interest was dented when India and China were friends, but it will be much more damaging for us if the India and China dispute intensifies.

Squeezed in the Himalya, Sean Shoemaker