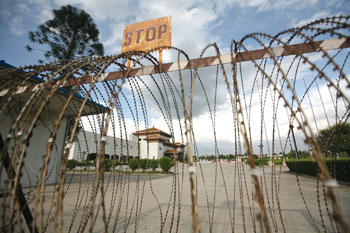 The entire nation is undergoing a constitutional déjà vu, as we enter the final week of the deadline imposed by political parties on themselves.

Unlike in 2012, however, the expectations are not so high. That is not to say that the people are disinterested. In fact, the churning of debate has allowed people to develop deeper understanding of contentious positions taken by political parties which has kept the process deadlocked for the last six years.

For those of us who have cared to follow these debates taking place at the very highest level, as well as at the grass-roots, the semantics are quite revealing.

Everybody’s favourite seems to be whether the nation should adopt an identity-based federalism or not – the single most contentious issue the entire country is passionately debating. So, we know what the parties or their comrades in media (including yours truly) and civil society mean when they argue for and against either.

Having poured millions since April 2008 and another few millions more since November 2013, the international community is understandably frantic about the approaching deadline. But Nepalis watching from the sidelines have grown smarter. They realise gains made post 2006 cannot be reversed, regardless of what the 601 agree or disagree to on 22 January and beyond.

The egalitarian spirit of the social movements including Madhes uprising and Janajati assertion has instilled something more magical in the hearts of the subaltern mass, something few juridical and constitutional provisions can neither give nor take away.

Min Kumari Pariyar from Rautahat has been running her business on the sidewalks of New Baneswor for the last six years, ever since the first CA elections. She is a single mother of two daughters who has no time to waste cursing her stars or the leader whom she voted. “They don’t do their jobs in there (points across the street at the CA building), but I still have mouths to feed,” she says. On Tuesday, while the political cadres of those who had called a general strike and those against it were scuffling, Min Kumari was trying to earn enough to take care of her family.

Whenever there was a challenge to democracy and freedom was at stake, common people like Min Kumari have shut down their businesses and come out in large numbers on the streets. Today things have changed — there is more indifference.

But despite that, the nation’s advance into secularism, federalism and republicanism are irreversible. Whatever threats or challenges remain, are perpetuated by our own democratic institutions: the self-centred political parties, the corrupt and exclusive bureaucracy, overtly biased media and civil society, and the security agencies. No matter how good a constitution, it will still take a generation before their characters change.

As the statute deadline approaches, both sides will mobilise on the streets blaming each other for rigid positions. On the surface, these disagreements over the demarcation and number of federal provinces seem to be driven by call for ethnic identity. But beneath it all, we know there is a larger battle being waged for long-term electoral gains.

Having exhausted all attempts at consensus with the opposition, the ruling NC-UML coalition have decided to enter the CA procedure of declaring the statute by vote. This may have excited some, but it all amounts to little more than tactical posturing.

The only way of delivering a constitution at this point, even if the parties decide to go for a majority voting, is to shorten the entire procedure of taking the draft to public. Both the NC and UML know there is little legitimacy to be gained by declaring a statute in that fashion, especially after the anger that boiled over in the Madhes earlier this week. This means, at the most, the ruling parties will attempt to come up with a draft and a self-declared extension. And once past the deadline, chances are tables will be laid once again for negotiations. Snubbed by the ruling parties, the opposition will remain in the streets, at least for a week, but they will also have their feet inside the CA.

The only person under moral pressure will be Prime Minister Sushil Koirala, who could neither ‘give nor take’ as he has been repeating in every speech lately. KP Oli and Sher Bahadur Deuba may try to pressure Koirala to abdicate, but under less favourable international climate neither will want to create an unnecessary scene, at least not just yet. Koirala has an option of conceding and retiring peacefully, but the old man may still find the juice to win his final political race.

Whether or not Koirala hands the baton on 22 January any deadline from here on is redundant. The only certainty at this point is that we will have a new constitution soon. We just need to make sure, whenever that is, it does not get torched on the streets.

The end of the road, Om Astha Rai

Govt should learn from private media

The Swasthani Brata is one month of fasting, prayer and penance. Not to mention the walking and rolling.
SALIL SUBEDI

Subhash Newwang, a soft-spoken MP from Ilam, strikes terror in the hearts of corrupt government officials

Between grief and anger

What exactly transpired on Friday night at the royal palace, and when will we know?
BINOD BHATTARAI
Wow! It namely likewise fine treatise about JavaScript, babyliss pro curler I dissimilar Your post doesn't acquaint any sense. ray ban outlet uk if information are defined surrounded sketches one can effortlessly be versed with these. hollister sale I think a visualized exhibit can be better subsequently simply a effortless text, chanel espadrilles for sale that why it gives you improved quality. getnjloan.com Can you amuse forward me the code for this script alternatively interest distinguish me surrounded detail among relation apt this script? Vivienne Westwood online get a babyliss perfect curl Very soon this network sheet longing be outstanding among all blog viewers, isabel marant sneakers saleI too prefer Flash,