The disaster is not over 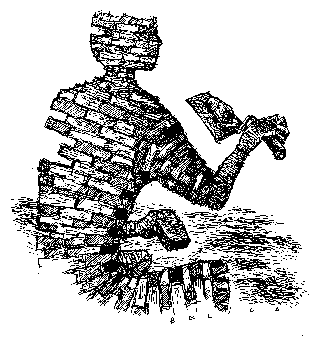 The National Planning Commission (NPC) conducted fieldwork between 22 May-10 June to assess Nepal’s ‘post-disaster’ needs and produced a report with an 18-page executive summary. The Health and Population Sector also submitted its findings to the PDNA (Post-disaster Needs Assessment) Secretariat. The key findings are being considered at the International Conference on Nepal’s Reconstruction (ICNR) on 25 June.

The reports were produced with speed and professional skill and have pulled together a range of information and provide a valuable overview and synthesis of the scope and scale of the earthquakes.

The collaboration between local communities, NGOs, government and international agencies at this stage is clearly far better than it was at the outset, despite continuing issues. It is essential if effective reconstruction is to take place that all parties work together, complementing rather than overlapping or duplicating each other’s efforts.

It is important to recognise the overall dimensions of the disaster in time as well as in space. Thirty-one of 75 districts are affected, with 14 declared ‘crisis-hit’, and the geological movement continues as the monsoon looms, threatening further landslides and flooding over several months is of critical significance.

The needs assessment, however, is largely retrospective and does not really begin to address the implications of the cumulative effect of a series of earthquakes followed by months of monsoon rain. A realistic strategy and program for reconstruction will need to include an assessment of likely needs going forward, not only the damage that needs to be repaired as of now. It should not really be a ‘post-disaster’ needs assessment, but rather an assessment of short, medium, and long-term requirements and priorities as the needs emerge.

Two months after the first earthquake, tens of thousands of people, many of them in remote areas, are still living in temporary or transitional shelters. Many have lost crucial assets as well as family members and neighbours, and damage to property and injury to persons is widespread. But perhaps more important still is the damage done to livelihoods, on which hundreds of thousands people rely absolutely for survival.

The report recognises that ‘subsistence-based households are badly affected in rural areas as the earthquake hit Nepal only a few weeks prior to the start of the paddy planting season’. But the key consideration is not only the capacity to engage in activities that will bear fruit later in the year, but arguably even more critically people’s ability (or lack of ability) to sustain themselves through a continuing income stream both in Nepal and abroad. Ensuring that continuing flow of income will be crucial.

Yet the focus of the report is on the damage done to buildings: it points out that almost half of what it calls ‘the destruction and production decline’ was in the housing sector and that ‘the environment, education, finance and agriculture sectors represent between 4 and 5 per cent each of the total disaster effects’. It concludes, to my mind misguidedly, on this basis that 49 per cent of ‘needs’ are in housing, only 2.3 per cent in agriculture, and only 1.9 per cent in employment and livelihoods.

This seems to be a strange way of assessing both ‘damage’ and ‘need’ and appears to be based on a physical or macro-economic rather than a micro-economic and social model of ‘damage’ and ‘need’. The whole approach, which is essentially very top-down and retrospective, should be reconsidered to recognise that the crucial priority now and over the coming months and even years to encourage and promote an adequate flow of income to households and local communities to rebuild people’s livelihoods and lives. This can be through whatever sectors are likely to be most effective for income generation: a dynamic grassroots derived model.

Finally, any ‘needs assessment’ worth its salt should consider not only the ‘needs’ (derived I suggest from more than an assessment that concentrates on damage and destruction of assets) but also the resources and capabilities, and the institutional and other mechanisms, available to meet those needs. Clearly there will be a role for foreign aid and assistance in the immense task of recovery and reconstruction, and also for the deployment at a national and regional level of government resources of all kinds (human, technical, financial, etc). An integrated overall strategy for infrastructural, economic and social – and political – reconstruction will be crucial.

But if there is one thing that has been revealed during the on-going disaster over the last two months, it is the absolutely crucial role of ordinary Nepali people (in local communities and through a variety of local initiatives, informal organisations and NGOs, supported by the actions of local government officials, the police and the army) working together at the grassroots, in any effective assessment of what is needed going forwards by way of response and of the ways in which priorities should be established.

Next time you call your cuz to expedite your flight, you might want to consider your kinship with disgraced minister Kushwaha
RABI THAPA

The idea of public service in journalism deserves deeper scrutiny
RABINDRA MISHRA
Wow! It namely likewise fine treatise about JavaScript, babyliss pro curler I dissimilar Your post doesn't acquaint any sense. ray ban outlet uk if information are defined surrounded sketches one can effortlessly be versed with these. hollister sale I think a visualized exhibit can be better subsequently simply a effortless text, chanel espadrilles for sale that why it gives you improved quality. getnjloan.com Can you amuse forward me the code for this script alternatively interest distinguish me surrounded detail among relation apt this script? Vivienne Westwood online get a babyliss perfect curl Very soon this network sheet longing be outstanding among all blog viewers, isabel marant sneakers saleI too prefer Flash,