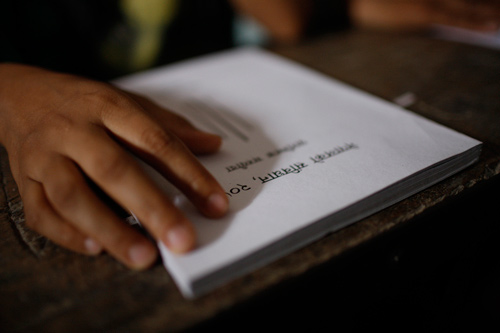 A long time ago in what seems like a far-off galaxy the warring parties came together and signed a Comprehensive Peace Agreementt. Then, despite difficulties and disagreements, they managed to establish an interim government and draw up an Interim Constitution that was reasonably progressive, and to organise elections for a Constituent Assembly that were judged reasonably free and fair, and on a basis of mixed forms of representation that resulted in the most inclusive representative body ever formed in Nepal.

It was agreed that Nepal should be a republic and that there should be a ‘restructuring of the state’ which, unfortunately, involved some form of federalisation. There were high hopes for a new Constitution, based on the deliberations of the elected Constituent Assembly, followed by elections to a national and to local assemblies (the first for more than a decade in the case of the latter) giving birth to a ‘New Nepal’ that was democratic and fully inclusive in a political sense.

That process began nearly a decade ago. Since then, there has been failure after failure to progress towards those hoped-for goals. Gradually, the so-called leaders of three main parties – the NC, the UML and the UCPN(M) - came to dominate the debate and decide the future of the Nepali people. As time wore on, their priorities appeared increasingly to be determined more by party priorities and personal position and status than by any vision of a democratic future. The drafting of the Constitution proved impossible, and the first Constituent Assembly was dissolved. The struggle for political supremacy among the few replaced the struggle to transform the state to ensure greater democracy at the local level and to invigorate a stagnant and failing economy.

Rightly angered at their effective marginalisation from the process of decision-making, other political forces representing a variety of interests (but couching their dissatisfaction and dissent in terms of the misguided and misleading mantra of ‘social inclusion’ along regional, ethnic, caste and gender lines, and adopting the disastrous and divisive notion of federalism and autonomous states or provinces) railed against the political dictators.

Rarely was there mention of exploitation, oppression, social discrimination and inequality, lack of social justice and lack of democracy, except in terms of the very partial and essentially divisive notion of ‘social inclusion’. There was no mention of class as the basis for the profound divisions of Nepali economy and society, not even from the Maoist party that had led the ‘People’s War’ as part of the class struggle.

For years now, Nepali politics has been embroiled in a futile and entirely unnecessary debate not about ‘federalism’ as opposed to other forms of decentralisation that might provide a better framework for a more active and effective democracy. The debate is simply about what form of federalism, how many autonomous states and what boundaries between them.

Meanwhile, the leaders of the three dominant parties have increasingly dictated ‘the direction of travel’ -- continuing to marginalise all other political forces, including those outside the formal political arena in the wider civil society. They imposed their priorities on the second, less representative Constituent Assembly and now, it seems whipping their party members on the Assembly to do their bidding in the final stages of this farce of ‘constitution drafting’.

Readers of this column may not be familiar with ‘The Mountain in Labour’ – one of Aesop’s Fables. The earliest surviving version of the tale is in the first two and a half lines of a four-line Latin poem by Phaedrus: ‘A mountain had gone into labour, and was groaning terribly. Such rumours excited great expectations all over the country. In the end, however, the mountain gave birth to a mouse.’

In this case, that of the new Constitution of Nepal, it seems that the mountain is about to give birth to a flea-bitten, emaciated, disease-ridden but hungry rat which will plague it for years to come.

The extra-ordinary in the ordinary

It's a miracle the Golden Mahseer still swims free in our rivers
ARUN RANA
Wow! It namely likewise fine treatise about JavaScript, babyliss pro curler I dissimilar Your post doesn't acquaint any sense. ray ban outlet uk if information are defined surrounded sketches one can effortlessly be versed with these. hollister sale I think a visualized exhibit can be better subsequently simply a effortless text, chanel espadrilles for sale that why it gives you improved quality. getnjloan.com Can you amuse forward me the code for this script alternatively interest distinguish me surrounded detail among relation apt this script? Vivienne Westwood online get a babyliss perfect curl Very soon this network sheet longing be outstanding among all blog viewers, isabel marant sneakers saleI too prefer Flash,