Depends on how much fire he still has in his belly 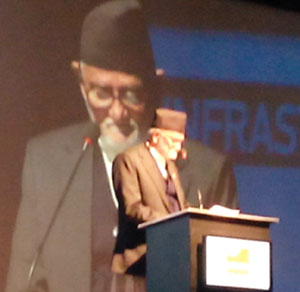 KUNDA DIXIT
A lot has been made of Prime Minister Sushil Koirala’s austerity and simple way of life. All true, and laudable. In a country where most politicians are seen as corrupt, selfish and hypocritical, this tendency to embrace an exception is understandable.

But unqualified admiration is damaging to the very person who needs to lead the country in these challenging times. It also smacks of deliberate amnesia on the part of Koirala’s legions of admirers across the country.

After all, Sushil Da was the star in the kitchen cabinet of his more illustrious cousin, Girija Prasad Koirala. Whether the senior Koirala was in or out of government, the current incumbent of Baluwatar was a permanent and, arguably the most important, lieutenant in GPK’s inner circle. The two plotted together to neutralise opponents, mostly within the Nepali Congress itself. Since GPK had been such a dominant figure in Nepal’s politics, Sushil Da was under the radar and went unnoticed.

This, however, is not about Koirala’s past actions. It’s about the present, about his style of functioning, and the delivery that has been sorely lacking. Four months since the Constituent Assembly election, not much has happened. And what do we mostly read, hear and see? How frugal Sushil Da is to have only three mobile phones.

Remember the fate of his last elected predecessor? The brouhaha over Baburam Bhattarai as Nepal’s first PhD PM was tiresome, more so because the prime minister added to the adulation with one gimmick after another: travelling economy, riding a Mustang, monthly sleep overs. He thoroughly enjoyed the uncritical admiration by the initially fawning media and public at large before both turned hostile against him.

Although not even close to matching Bhattarai’s PR acumen, Team Koirala did try to make most of his double-digit transit hours at Bangkok airport on his way to Rangoon last month. There are areas where one can look for symbolism and austerity in a leader, but wasting time in transit is not one of them. Koirala does deserve credit for keeping his Burma BIMSTEC team small, in sharp contrast to the previous prime ministers who indulged jumbo junketeers.

The number of tasks that the government should have completed by now is growing. Vacant positions at the Supreme Court need to be filled immediately. There was already a massive backlog of cases even when the top court was in full strength. Now with 10 positions vacant, the people’s agonising wait for justice has been further prolonged.

The National Human Rights Commission is headless. Appointments at the CIAA, Public Service Commission and ambassadorships are overdue. Most important is the sense that the government is not in control and cannot deliver.

PM Koirala must be aware of this. He cannot cite the excuse of unresolved peace process and compulsions of coalition politics. He chose to be prime minister knowing all this. Unless Koirala suddenly displays great leadership – and that would be quite dramatic given his nature – he will join the list of prime ministers since 2008 Constituent Assembly election who started with a bang but went out with a whimper.

His tasks are cut out: ensuring minimum basic governance and service delivery, coupled with Constitution writing and holding local body elections. The political parties opposing local elections on flimsiest of excuses need only to read the multiple-point commitment they signed while foisting the Chief Justice-led technocrat government in March last year, as well as their election manifestos.

Can Koirala deliver? Depends on how much fire he has left in his belly. But he is uniquely suited to accomplish where his predecessors failed. There’s no demonstrable ambition to accumulate wealth or compulsion to look the other way while the family plunders the state. He has tantalising promise, having already succeeded in curbing the ambition of his own clan. He now needs to show the steel that he occasionally demonstrates.

But stop giving him an easy pass. It will only divert attention from his serious lapses, and ultimately damage him.