When you have to battle cancer at the age of 32, what do you do? Talk about it. 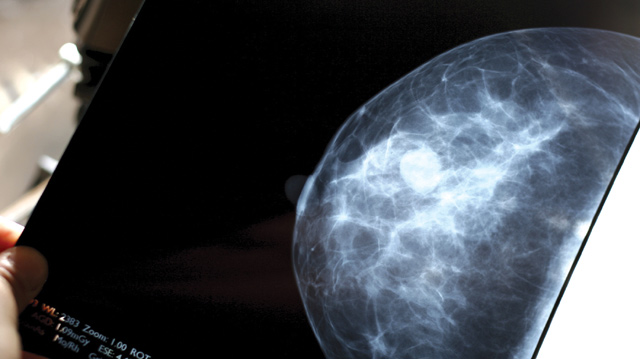 As a teenager, my mother told me about two things: one was about my periods and the other was about growing breasts. The only other information I received about reproductive health was about sanitary pads and sports bras.

Since then, every so often, if my dress was too low she would give me that stare. My father, like most fathers in Nepal, never acknowledged my growing womanhood and left the responsibility to my mother.

We are told not to speak openly about our breasts or our reproductive organs. Our culture celebrates women as goddesses, but also puts women behind bars in chhaupadi. Some argue that it’s our culture, but this means internalising the taboos.

Women feel forced into unsafe abortions. They contract STDs and are too embarrassed or too afraid of judgment to seek help. Parents don’t feel comfortable to discuss these issues and few schools include them as part of their curriculum. After having gone through treatment for breast cancer I realised that breaking taboos is the first step to saving lives. It is as important as medical treatment.

I was living a perfectly healthy life: doing regular yoga for over three years, eating mostly organic, and had a balanced life in general. I didn’t smoke, I was a social drinker – just an average girl.

That morning in May, before going for a shower, my gut said something was not right when I looked at myself in the mirror. My doctor confirmed there were no visible lumps, no discoloration, no discharge, no inversion of the nipples. I didn’t want to leave it at that, and insisted on seeing a specialist. I got an inconclusive ultrasound that led to a biopsy, which then confirmed invasive carcinoma, Stage 2.

Fast forward through all the emotional turmoil and the most daunting part: The Treatment. That I had cancer was an inescapable fact. A year on, the doctors are saying I’ve made an extremely fast recovery. I speak about it openly with my friends and families. I am writing this piece.

I’ve had people tell me that this happened to me because I’ve eaten meat, or because I have bad karma hangover from my previous life. I just remind them that 1 in every 10 women has cancer, so let’s hope you also don’t have a nasty karma.

What do you do when you don’t have any of the obvious symptoms? My lump was too small to feel from the outside. My husband, though ever so supportive and positive, also thought I was being paranoid. But I know my own body better than anyone else, I was taught not to be ashamed of it, and had good reason to feel that something was not right.

Look at your body, familiarise yourself with your skin pigmentation, colour, shape and size. It’s also good for families to talk rationally about cancer (and other diseases that are becoming more common). Rationally because it is common for people to get overly sensitive and emotional about cancer. The more I speak about it, the more I find out about a friend’s father, a distant relative, my best friend’s aunt, a neighbour’s baby or a colleague who has cancer.

Breast cancer is the second most common cancer in the world and the most frequent in women. Developing countries like Nepal also have a rising number of young women diagnosed with breast cancer (see article, above). Lack of awareness of the condition, its risk factors, symptoms and curability are some of the challenges.

You should be doing a self-examination every month. The world does it on the 1st of every month and so should you. When something goes wrong, your body will give you signs that you should not ignore. Girls as young as 19 can develop breast cancer: it can happen to anyone.

We are eating more processed food than ever: it contains chemicals. We have no idea where it is coming from and we believe that imported food is better. It is not. We think cancer is a disease of the western world, but denial doesn’t help. A small percentage of us will still get the disease, and this number is increasing.

A tumor is not a disease in itself, rather a product of something that is malfunctioning in our bodies. Until research can pinpoint the cause, we must take care of our minds, bodies and surroundings.

This is not only a problem in a culture that doesn’t talk about reproduction openly. The main issue is self-awareness and public awareness. Let’s be brave. Let’s talk about tits.

Suvekchya Ghimire is a Senior Partnership and Resource Consultant in the UK.

"Get on the next flight to Jomsom"

All the President’s men

Kathmandu prepares to host the first international football tournament of the year
ABHA ELI PHOBOO
Wow! It namely likewise fine treatise about JavaScript, babyliss pro curler I dissimilar Your post doesn't acquaint any sense. ray ban outlet uk if information are defined surrounded sketches one can effortlessly be versed with these. hollister sale I think a visualized exhibit can be better subsequently simply a effortless text, chanel espadrilles for sale that why it gives you improved quality. getnjloan.com Can you amuse forward me the code for this script alternatively interest distinguish me surrounded detail among relation apt this script? Vivienne Westwood online get a babyliss perfect curl Very soon this network sheet longing be outstanding among all blog viewers, isabel marant sneakers saleI too prefer Flash,