Edmund Hillary passed away 10 years ago, but the legacy of his work in Nepal lives on 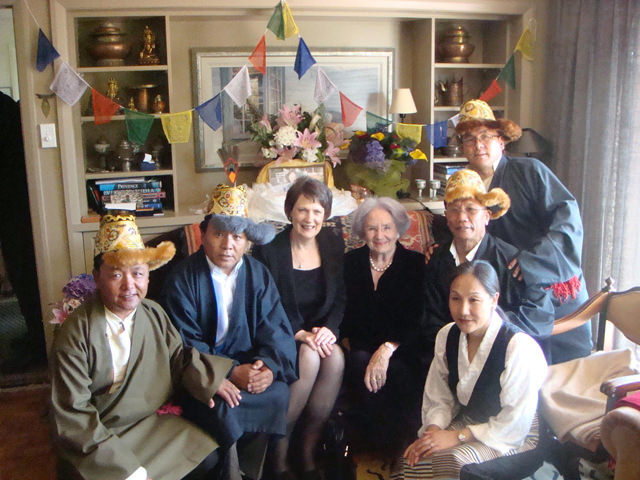 The call from Lady June Hillary came early one opaque Kathmandu morning. “Lisa, sorry to wake you but I promised to let you know – Ed just left us. Please come.” It was 11 January 2008, almost ten years ago.

Life throughout New Zealand paused as the loss was digested. The day had arrived, the lanky hero was gone, his craggy face familiar from the country’s five dollar bills. Sir Edmund Percival Hillary KG ONZ KBE was not only Everest’s conqueror but a statesmen, ambassador and knight of the garter. Television presenter Mark Sainsbury, on the road to Wellington, screeched to a halt and headed his aging white Jaguar back to Auckland. The news reverberated around the world. In later years Ed delighted in meeting people who told him: “I thought you’d been dead for ages!” Now he was.

June was pausing at the traffic lights on her way to the hospital when Sir Ed succumbed to heart failure. Ironically it was the day he was due to be discharged - registered as “Vincent Stardust” to mislead the media.

Everyone wanted to be part of the burra sahib’s departure.A state funeral in Auckland cathedral had always been on the cards, a rare honour and New Zealand’s first for many years. Whilst family and friends mourned, the government rallied, the services cranked into gear, and the clergy dusted off their ceremonial vestments. Holy Trinity was made ready for the lying in state, and the adjacent St Mary’s Church cleaned and wired for sound and screen. Expanses of carpets were laid, pews scrubbed and flowers arranged. The organ was tuned, choirs rehearsed and chosen soloists practiced – Dame Malvina Major, a Tongan tenor and a violinist friend.

The Prime Minister’s office led the funeral preparations. The wake would be hosted by the Governor-General in the sylvan gardens of Government House and friends invited to dinner afterwards, catered in a white marquee at Sir Ed’s home. Tributes poured in, invitation lists were assembled and a national holiday declared. Mark Sainsbury would commentate the worldwide TVNZ coverage, and on the night of the funeral Tom Scott’s documentary Remembering Ed would be broadcast - we had helped him shoot it in Nepal.

Five of Ed’s Khumbu Sherpa friends and Elizabeth Hawley were government guests, and I flew with them from Kathmandu to New Zealand helping with the hiccups – a ticket did not match the passport name and a suitcase went missing. In Auckland we were welcomed at the aircraft door by a tall official in a pinstriped suit with a military bearing and distracted demeanour. “I’m Elizabeth Hawley, not you!” Andrew Beattie reeled at the fierce little lady in a wheelchair berating us for losing her luggage, but I was used to it – the bag had been left behind in her bedroom. He helped us whizz through immigration and handed me the keys to a large gold Toyota sedan before hurrying off to another appointment. Once we were settled in the guesthouse opposite Ed’s house in Remuera, the Sherpas lined up to practise laying khatas on the luggage rack while I helped Elizabeth replenish her wardrobe, then we walked across the road to June.

The house was full of flowers and family, and the doorbell and telephone never stopped ringing with more condoling friends and overseas guests, the great and good of mountaineering and polar exploration. June was dazed but doing well. The Herald of Arms, a sympathetic dapper chap with thick white hair came to collect Ed’s medals, which after a panic were eventually found safe in the sock drawer. NorbuTenzing Sherpa, Tenzing Norgay’s distinguished son, was gentle and supportive. Jan Morris popped in, dishevelled from her London flight, and George Lowe, already confused and forgetful with his final illness. Prime Minister Helen Clark kicked off her shoes and relaxed on the sofa as she discussed arrangements with June whilst chatting Himalayan Trust with Ang Rita and Nepali politics with Elizabeth. I helped the generously bearded Jim Wilson nervously rehearse his best friend’s eulogy. We dispensed endless cups of tea and a thoughtful convent had sent a huge cold ham - meals, friends and family came and went around the kitchen table.

One afternoon, I slipped away with June’s daughter Sue and grandson Sam to the undertakers where Ed’s coffin was open for the family – he looked peaceful enough, but I wished I had not gone.

A complete version of Lisa Choegyal’s account of Edmund Hillary’s funeral ten years ago will appear in Nepali Times print edition on 5 January.

"I am not corrupt"

Dying for a son