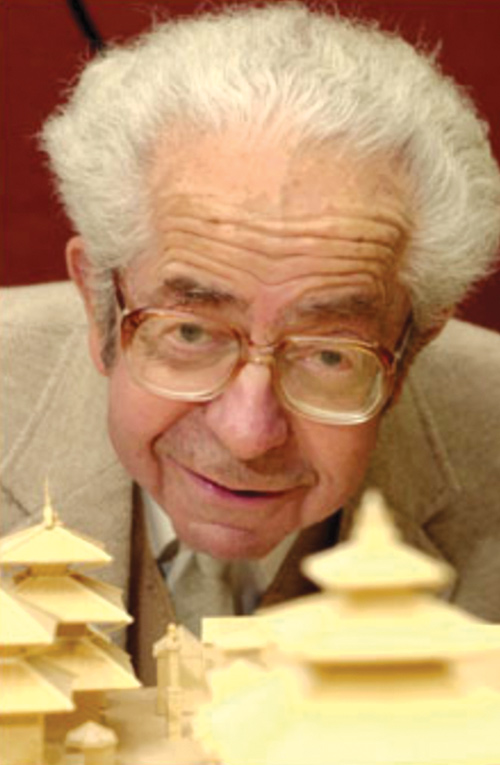 “Aren’t strawberries in the champagne a bit over the top?” barks Julia Chang Bloch, the petite American Ambassador to Nepal, whirling onto the balcony of her official residence in Kamaladi like a mini tornado. She is just back from the Embassy and the reception is due to start in 20 minutes.

“No, it’s so special,” says Erich Theophile. “I mean your commissary sparkling wine is such a treat, plus the new strawberries from Kakani. Besides, how pretty it looks!”

Erich leans forward better to convince Julia with his winning smile and floppy blond charm. Nodding, she hurries on to the next detail. “The displays look great but have we got plenty of information leaflets? There must be enough for every guest.” Erich and I soothe her volley of queries. We have long been working together on the Kathmandu Valley Preservation Trust (KVPT) launch to the wider Nepali community and rulers, making sure it goes without a hitch.

“So first I will say a few words of welcome and then Erich will explain Professor Sekler’s vision and the current restoration plans, right? I am determined that this American organisation will make a significant difference towards the protection and awareness of Nepal’s monuments.” Julia’s heels click commandingly on the marble floor and her words recede as she heads upstairs to change. “I suppose my husband is still playing golf...” The heat of the humid afternoon begins to dissipate. Lisa Choegyal, Eric Theophile and Eduard Sekler after the launch of the Kathmandu Valley Preservation Trust in 1992

With his endearing Viennese accent, Professor Sekler had asked me to be a founding director of the Trust, and to help Erich, his former student and KVPT’s American director, to establish a program of activities. Erich has assembled a talented Newari team and generated support from the community, Dr Shaphalya Amatya and His Majesty’s Department of Archaeology. Concentrating on Patan ‘the finest urban streetscape in the world’, the Mani Gufa is already restored, and work on Radha Krishna and Uma Maheswor temples is underway.

It is late May 1992, and the exhibition in the Ambassador’s garden presents the track record of KVPT’s first years to guests and media. Prime Minister Girija Prasad Koirala and his cabinet head the list of nearly 500 Nepali dignitaries, diplomats and donors who throng Julia’s lawn.

Erich and I planned the event whilst returning on his motorbike from a visit to our Namobuddha hilltop, a very small space but with a massive panoramic view of terraced fields, deforested hills and white mountains beyond. Bouncing down the bumpy track I cling on tight, shouting to be heard above the noise and dust until eventually we reach his medieval apartment on Bhaktapur Darbar Square. After climbing the narrow stairs, we sit uncomfortably cross-legged on the mud floor beneath the low ceiling, sipping sweet black tea and peering out through the carved windows across the clutter of temple roofs.

In between our excited KVPT discussions, I persuade Erich to design our new house on land Tenzin recently found in Budhanilkantha. The site overlooks the Valley, bordered by the source of the Vishnumati River lined with alders and bamboo, and huge rocks perforate the terraced fields.

Erich incorporates Rana, Malla and Newar themes into a design featuring terracotta floors, jingati roof tiles and traditional building methods. Styled after elements of Patan Museum and the British residence, Vishnumati House was eventually built with the help of Rohit Ranjitkar, KVPT’s lead architect. We all hoped it might influence the Valley’s plethora of modern concrete homes as an adaptation of Nepal’s unique architectural legacy.

Today’s KVPT has evolved from strength to strength, attaining accolades and acclaim under Rohit’s local leadership with teams of skilled artisans and a bevy of committed Nepali and international backers, successfully realising the original dream of the inspirational Professor Sekler. Guiding the earthquake rebuilding and still focussed on Patan, the KVPT remains enthusiastically supported by the American Embassy and its successive ambassadors.

Professor Eduard Sekler died on 1 May 2017 in Cambridge, Massachusetts.

The marriage of Ram Kumar’s son-Part I

The imperatives for peace are pressing.
PUSKAR BHUSAL

Look at the Congress history to understand its identity crises.
PUSKAR BHUSAL
Wow! It namely likewise fine treatise about JavaScript, babyliss pro curler I dissimilar Your post doesn't acquaint any sense. ray ban outlet uk if information are defined surrounded sketches one can effortlessly be versed with these. hollister sale I think a visualized exhibit can be better subsequently simply a effortless text, chanel espadrilles for sale that why it gives you improved quality. getnjloan.com Can you amuse forward me the code for this script alternatively interest distinguish me surrounded detail among relation apt this script? Vivienne Westwood online get a babyliss perfect curl Very soon this network sheet longing be outstanding among all blog viewers, isabel marant sneakers saleI too prefer Flash,