Those wonderful Pilatus Porter pilots and their flying machines 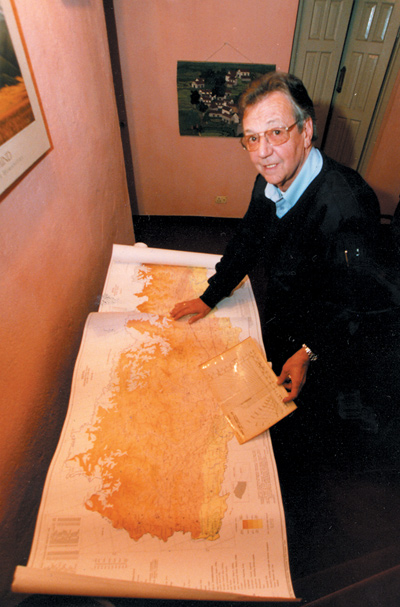 The crags and rocks were perilously close to the wing tips as our Pilatus Porter aircraft spiralled downwards towards the tiny landing strip clinging to the remote Himalayan hillside. I could see our shadow on the side of the valley, insignificant in the vast towering landscape. The single propeller blurred in front of us as we swerved and dived, then shuddered to an impressive stop on the grass strip.

I knew better than to speak to the slender and short-tempered pilot by my side, dressed in short-sleeved white shirt uniform with epaulettes and fashionably-flared pale blue trousers that matched the tail of the UNDP plane. Captain Hardy Fuerer (with the aeronautical chart of Nepal and in cockpit of a Pilatus Porter of the United Nations, above) had already made it clear I was privileged to join him on this run to drop supplies for a UN sheep project to boost livelihoods in distant Jumla in northwestern Nepal. He was right. It was a rare opportunity to see this seldom visited and remarkable corner of the country, and the only time I ever flew with him. 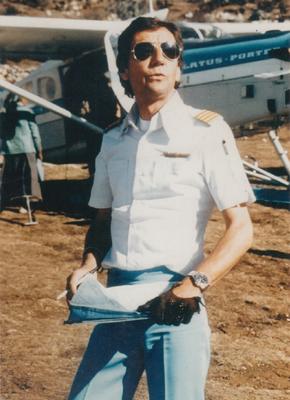 Given the tortuous terrain, air transport was crucial to Nepal’s early development and tourism. Horses or mules and even elephants were options in some parts of the country, but walking was the norm. Only in 1956 did the Tribhuvan Rajpath link Kathmandu with the outside world. The few vehicles in Kathmandu Valley before that were carried in an epic effort by porters along the historic trade route over the Chandragiri Pass to Thankot. The rugged topography hindered the road network, resulting in anomalies such as Pokhara becoming accessible by air years before it could be reached by road.

The Royal Nepal Airlines Corporation was founded in 1958 (interestingly, about the same time as Singapore Airlines) but it was not until the mid 1960s that regular flights linked outlying parts of the country with the capital. Twin Otters from Canada and Swiss Pilatus Porters were the aircraft of choice, and Hardy flew both. Nepal still presents some of the world’s most challenging conditions. “Never fly into clouds in the Himalaya, some of them have rocks in them,” he said.

Nepal’s most notable aviation pioneers were two long-term resident Swiss captains, the UN’s Hardy Fuerer and RNAC’s amiable and more rotund Emil Wick. The first Pilatus Porter in Nepal was nicknamed “Yeti” and flown by Emil. He set the world record for the highest-ever landing by a fixed-wing aircraft at 5,700m, ferrying mountaineering supplies from Pokhara to the Dhaulagiri massif for a 1960 expedition. That record still stands, and the aircraft is also still there, marooned on a glacier having crashed while trying to take off in high winds on Emil’s 17th shuttle flight. 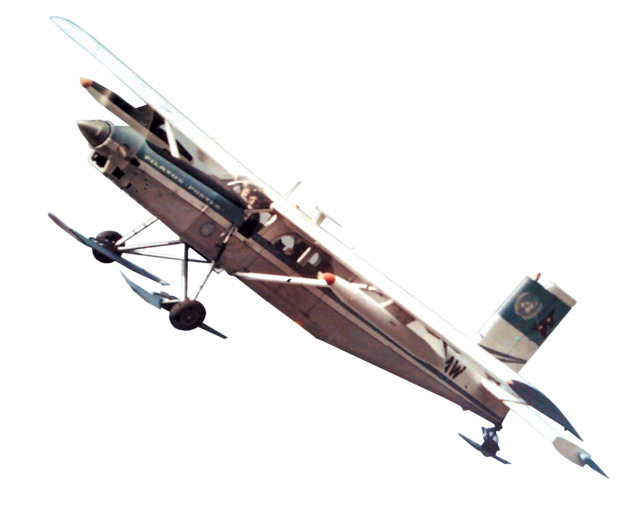 Hardy and Emil both trained the first Nepali pilots, and Hardy helped develop some 40 STOL airfields over the 20 years that he flew in Nepal from the mid-1960s. He was my neighbour in Sanepa, drove a stylish concave-roofed Mercedes sports car, and despite his troubled soul and irascible nature I adored him. He used to say, in a strong Swiss German accent, that he preferred flying cargo because it “didn’t ask bloody stupid questions”.

Hardy did not return my passion, but tolerated me around his blazing central fireplace, usually with a drink and cigarette in hand, and classical music blasting. I worried he was so skinny – he weighed 59 kg – and one evening I hugged him too hard, breaking one of his ribs. Hardy’s love was reserved for music, opera and art. He selected flying over a career as a tenor, and of course for Nepal and his beloved mountains. He told me stories of amazed Nepali villagers in remote regions leaving hay under the nose of the aircraft in case it got hungry overnight, and closely inspecting the wings for feathers.

Both pilots were proud of their Swiss aircraft and enjoyed demonstrating its limits. When told by the control tower that the wind was too strong, Hardy once landed his Pilatus sideways across the runway at Kathmandu airport. Emil landed on Tundikhel, just to prove it was possible. After the tragic crash that killed Louise Hillary, Sir Edmund’s first wife, Emil showed it was possible to take off and land even with jammed wing flaps. It was Emil who flew me back from the Meghauli airstrip after the Twin Otter I was in had “landed badly” in 1978, almost killing us all. But that is another story.