Who will lead the charge? 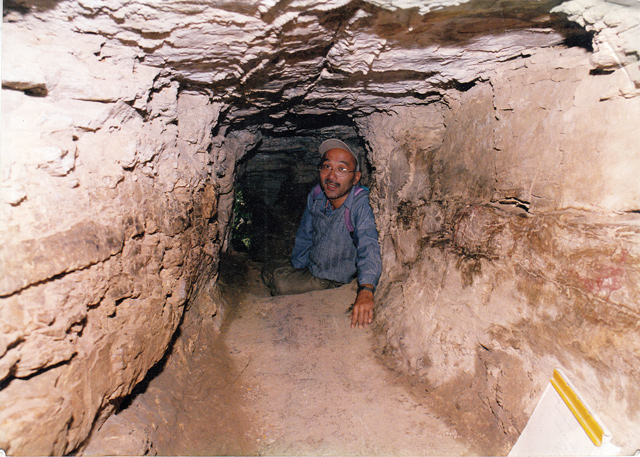 Sukra Sagar Shrestha was a wise man who spoke little but carried a large heart, and the archaeologist’s zeal. He was a cultural activist who prized rigour. His ancestral home was Kirtipur, but he would be found in far corners of the Valley’s cultural sites, photographing temple eaves, discussing inscriptions and providing sage advice on restoration, particulary after the 2015 earthquake.

Sukra Sagar was the key person to consult in the as-yet-unresolved debate over whether the Department of Archaeology should allow modern methods and material in the reconstruction of earthquake-devastated temples and other structures. He is gone before the DOA has come up with the required courage to take a position.

We have lost a critically important person in the effort to revive and energise the cultural life-force of ‘Nepal Valley’, which has been impacted by modernisation, urbanisation and the earthquake.

On a rainy August morning two years ago, we were all gathered for the chhyama puja (forgiveness ritual) at the Bhaidegah Temple, at the point where Patan Darbar Square meets Mangal Bazar. The three-tiered temple was built by the Patan ‘prime minister’ Bhagirath Bhaiyan to provide an alternative lingam after Kashi Vishwanath was sacked by Aurangazaeb in 1669.

The temple was destroyed in the 1934 earthquake and while all the other structures of the Darbar Square were rebuilt, Bhaidegah was left with a single-story stucco sanctum in ‘Mughal style’. The ritual was meant to seek forgiveness of the deity while we started the job of giving the temple its pre-1934 original size and shape.

But for some of us working in cultural restoration and rejuvenation of heritage (‘tangible’ and ‘intangible’, in UNESCO terminology), that morning was significant for another reason. That was when, avoiding the rain under umbrellas, we convinced Sukra Sagar Ji to head the campaign for the return of stolen idols of Nepal found in collections around the world.

The campaign is needed for the resuscitation of Kathmandu Valley’s Newar culture, through a methodological program to bring back gods and goddesses to the bahas and bahis, plinths and pedestals.

When Kathmandu Valley was ‘discovered’ in the 1950s by the West, the art connoisseurs were enthralled by the architecture of this medieval urbanscape that seemed frozen in time over centuries – and enraptured by the statuary that openly adorned public places. The idols, in stone, bronze and terracota, were loosely attached to the base, for who would steal a god? 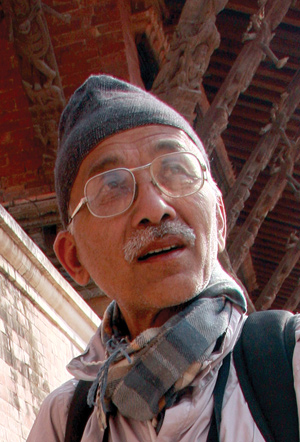 But they would, because the ‘international art market’ was on the lookout for new pastures. The theft began right away, involving a network that included the overseas museums and international collectors to middlemen in Delhi, Bangkok and Hongkong – to international art scholars, diplomats, Valley elites and down to the local thug who did the actual lifting.

Before long, free-standing statues were mostly gone, and those that survived the loot were locked away behind welded cages.

The theft peaked in the 1980s and early 1990s, and waned mainly because what could be easily stolen had already been lifted. A living culture had been robbed, somewhat different from the theft of mummies or the transport of the Parthenon friezes.

It was natural that a need would be felt for a campaign for the return of stolen statuary, because the rationale was so clear – the deities were receiving puja and offerings till the moment they were stolen. When the collectors and curators realised that these were not ‘artefacts’ but representations of a living culture, many were mortified. Some willingly returned the gods without anyone even asking.

A campaign was important, so that the return of the stolen objects could be conducted in an organised manner on a worldwide scale, with documentation, forensic investigation, public information and communication.

It was important to make the point that any person or entity that held a statue of Nepal provenance should know that she/he/it was holding stolen property – unless proven otherwise. These gods and goddesses were inhabiting public places, and their transfer would not have been authorised by anyone. The ideal would be to place the gods and goddesses in their original pedestals or cubicles, back once again to receiving offerings of abir, flowers and water.

The logic of the statue return campaign is clear and humanistic: give back the gods to the communities for worship. For this, we have to be able to provide security when the objects are brought back.

Therefore, it is perhaps not necessary to immediately demand return of every statue that is out there, because Nepal has to be capable of handling the returning objects – they should not be subject to further threat of theft, nor should they necessarily be locked up in the storage space of the National Museum at Chhauni.

Hence, the proposal that the initial task be to identify the pieces in the collections around the globe and to inform the current ‘owners’ that they hold the objects as a naso on behalf of Nepal’s people, in trust until such time that it is possible for them to return home in full security.

Sukra Sagar Shrestha was the perfect person to lead the campaign for return, with his mild personality backed by tenacious spirit. He never flaunted his knowledge, but knew the underlying culture and archaeology of Nepal, from the Brahmi script on the Ashok Pillar to the prehistoric caves of Mustang, and the history of his beloved Kirtipur.

There was no one better to recognise statuary, plead for their return, keep a smile while remaining unrelenting on the principle of restitution. He had agreed to lead the campaign. The only thing we can do now is to continue the effort, with his memory and wisdom to guide us as we seek to bring the deities back to the communities.

In an ailing state, New!

If this is the state of city hospitals, imagine what it is like in rural areas
ANURAG ACHARYA
Wow! It namely likewise fine treatise about JavaScript, babyliss pro curler I dissimilar Your post doesn't acquaint any sense. ray ban outlet uk if information are defined surrounded sketches one can effortlessly be versed with these. hollister sale I think a visualized exhibit can be better subsequently simply a effortless text, chanel espadrilles for sale that why it gives you improved quality. getnjloan.com Can you amuse forward me the code for this script alternatively interest distinguish me surrounded detail among relation apt this script? Vivienne Westwood online get a babyliss perfect curl Very soon this network sheet longing be outstanding among all blog viewers, isabel marant sneakers saleI too prefer Flash,