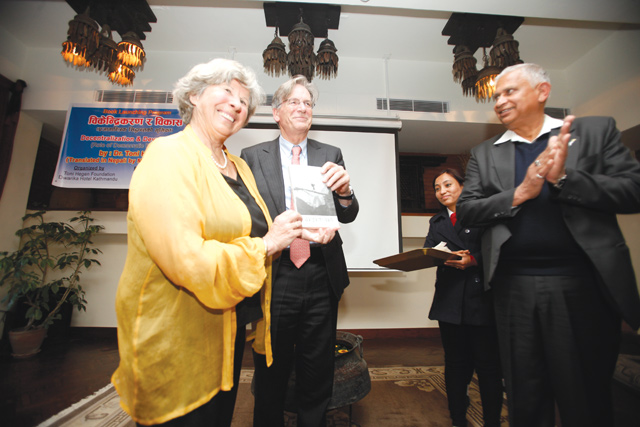 Swiss Ambassador Jörg Frieden, launching the Nepali translation of Toni Hagen’s work Decentralisation and Development (Bikendrikaran ra Bikas, Himal Books, BS 2073) on Tuesday (see photo), remarked that international donors had lately lost leverage and influence in Nepal. He ascribed this to the reduction of donor budgets and the rise in remittances from migrant labour.

Indeed, the waning influence of the Western donors in Nepal is noticeable, and it is not only because of the reduced kitty, which itself has been the result of a string of factors including the rise of the xenophobic right-wing in the metropolitan North, allocations for West Asian refugees, and sheer donor fatigue. One can expect that Donald Trump’s ‘hard power budget’, which proposes nearly 30 percent cuts in UN and USAID spending, will drastically reduce US relevance in a country where it has been ‘doing development’ since the 1950s.

The donors have brought the escalating irrelevance upon themselves. For long, the aid organisations have stood as imperious citadels of dollar/euro disbursement, with Nepal’s politicians, bureaucrats and civil society scampering about like chicken before the farmer scattering grain.

It is the rare donor who has not succumbed to the obsequiousness of the Nepali ‘counterparts’, or the ability to play politics. A Danish diplomat told a friend in Africa a few years ago that he was seeking a posting in Nepal, “because you can be politically engaged there like nowhere else”. The Danish embassy having closed down, the gentleman is unlikely to find another country to fulfil his activist streak.

Ultimately, the interventionist anthropology-backed social engineering projects during the decade of state restructuring and constitution writing had donors acting like weighty bulls in a china shop. The newfound deference of Western donors and diplomats to India when it comes to Nepal affairs, evidently due to Asian geopolitics in relation to China, has also contributed to reduced influence in Kathmandu corridors. 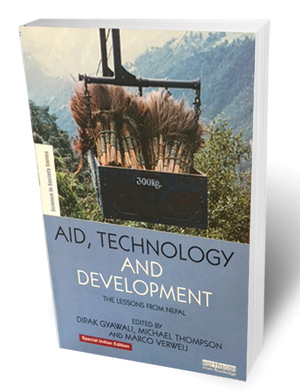 The donor pullback, interestingly, comes at a time when ‘development’ as a term and an activity is itself losing traction after half a century at centre stage, as we reorient towards self-generated ‘progress’. This theme is picked up well in another new book, Aid, Technology and Development: The Lessons from Nepal (Dipak Gyawali et al editors, Earthscan/Routeledge, 2017)

At the heart of the weakness of international aid is Kathmandu’s inability to pick between projects. The rot set in towards the end of the Panchayat era when the then His Majesty’s Government started taking anything and everything on offer. Donor influence soared from the 1970s through the 2000s, but we now seem to be approaching the end of a cycle.

We must also consider donor money in relation to the huge amount that the Nepal Government itself spends through the regular and development budget with a significant portion allocated to local government bodies. The problem is that much remains unspent due to political skulduggery and various inefficiencies, while huge amounts are siphoned off through patronage networks.

Where the dip in donor funding is hurting the most is the arena of social and cultural activism, and academia. The related NGOs rely overwhelmingly on donor funding because no private or government sources are forthcoming, with cash philanthropy yet to strike root in the society.

There have been two major failings of donors over the years: a) pushing developmental fads on an unsuspecting land, where government departments tend to slavishly follow whatever is introduced; b) the high-and-mighty approach of donor agency staffers, especially the heads, who are not in Nepal long enough to understand the society, and who enjoy clout without accountability.

One could of course defend the donor industry from various standpoints, eg. how it got socio-political ‘inclusion’ into the agenda of the Nepali state. Over the decades, certainly, there have been instances of success, from rural roads and suspension bridges to community forestry, but the question is whether there has been bang for the buck. And whether the indigenous can-do attitude of our communities was compromised.

Donor involvement during the post-conflict transition and constitution-writing was, on the whole, a negative – exemplified by the high salaries and perks provided to grey eminences and self-serving obstructionists masquerading as peace and democracy activists. Then there is the donor agency head who had the temerity to publicly announce that food aid support after the April 2015 earthquake could be diverted to Yemen or Syria if Nepalis did not like what they got. 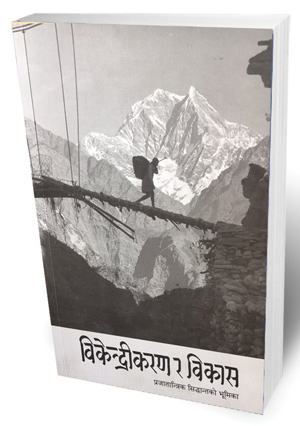 The education sector has for decades been controlled by multiple donors through a ‘basket fund’ that directs the Ministry of Education on a project-by-project basis, which has kept the bureaucracy from ownership and from developing programmatic continuity. And yet, there is not a whiff of recrimination or accountability among the donor agencies for the disaster of public education we have on our hands.

Toni Hagen’s book on decentralisation, development and democratic practice could not have come at a better time. As local government elections become a certainty we seem to have finally got over our fear of the populism that had condemned ‘decentralisation’ to the doghouse.

The populist propaganda had it that decentralisation would undercut ‘federalism’, and civil society and donor organisations all ran for cover. You even had the International Crisis Group last year recommending to development partners: “refuse support for local elections if a roadmap agreed with agitating groups is not in place.” But, finally, it seems once again kosher to defend ‘decentralisation’ and speak up for local government elections.

The Kathmandu intelligentsia may be steeped in self-destructive cynicism, the donors may be bewildered at their reduced role, but as the decades of ‘development’ come to a close, we will hopefully move towards a true era of ‘progress’.

There is much remaining to be done to end exclusion, and place egalitarianism and equity at the soul of the democratic republic. And the energy will come from within, because the people at large have not lost heart.

As global oil prices rise where does Nepal stand?

Ganga Bahadur Thapa in Dishanirdesh, 21 August
Wow! It namely likewise fine treatise about JavaScript, babyliss pro curler I dissimilar Your post doesn't acquaint any sense. ray ban outlet uk if information are defined surrounded sketches one can effortlessly be versed with these. hollister sale I think a visualized exhibit can be better subsequently simply a effortless text, chanel espadrilles for sale that why it gives you improved quality. getnjloan.com Can you amuse forward me the code for this script alternatively interest distinguish me surrounded detail among relation apt this script? Vivienne Westwood online get a babyliss perfect curl Very soon this network sheet longing be outstanding among all blog viewers, isabel marant sneakers saleI too prefer Flash,