Sushila Karki is forced out of the Supreme Court, not in disgrace but in a blaze of glory 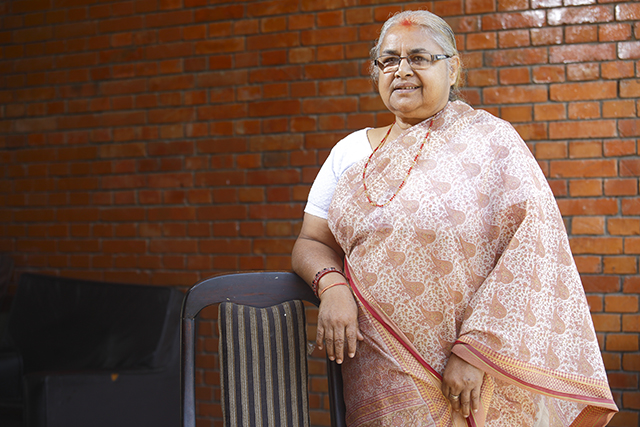 For weighing the value of one lone woman to the Nepali nation, you just have to reach back half a year ago, when the national prospects looked so bleak. Lokman Singh Karki had managed to cow down the political class, compromise the national police, and create a parallel state structure that was all set to sabotage the constitutional process and grab the Kathmandu crown with the help of quislings and opportunists. It required Sushila Karki to block him, with the politicians hiding behind her judicial robe. And as is their wont, the ingrate politicians have paid her back with an impeachment motion.

Nepal’s judiciary has had great moments of jurisprudential exposition. There were fine judgements even during the autocratic Panchayat era and against King Gyanendra’s power grab in 2005, but the overall politicisation of appointment of judges has weakened the judiciary.

Both the bar and the bench have gone into corrupt embrace, justice is compromised and delayed. The public suffers in grim fatalism. The politicisation of the judiciary was further exacerbated when the Maoists entered the state structure as part of the peace process, and the lack of dignity and circumspection displayed by the present (Maoist) attorney general is a case in point.

The result of the overall atmosphere has been the ‘setting’ of court procedure, with collusion in the assignment of judges to particular cases. While individual judges sought to fight the tide, the courts lost their lustre to such an extent that the Nepal Police would not act on Supreme Court directives, as shown in its refusal to arrest the murder convict (Maoist) Bal Krishna Dhungel.

It required the advocate-turned-judge Sushila Karki, following up on her predecessor Kalyan Shrestha as chief justice, to try to jump start the judiciary again through activism within the year that she had before retirement. She despatched CIAA chief Lokman Singh Karki, declaring his 2013 appointment null and void when even the politicians who had appointed him didn’t dare to impeach him. Now, it is the same politicians who are trying to impeach her.

Chief Justice Karki had just a month more to go before retirement, but the Maoist and Nepali Congress leaders wanted to publicly prove that they were far above the law. Indeed, having ruled for a decade of the peace process under the faux democracy defined by ‘consensus politics’ these leaders had developed a sense of invincibility. They saw Chief Justice’s personal austerity and public probity as a threat. By compromising the Supreme Court through such intemperate action, they also hoped to get the entire state super structure, including important constitutional commissions, to submit to their diktat.

A whole array of people were unhappy with the Chief Justice, including those enmeshed in long-pending corruption cases that she was committed to bringing up for decision. Congress Chair Deuba, of course, wanted his choice of police chief put in place, and was enraged that she stood in the way. Prime Minister Pushpa Kamal Dahal would have wanted to punish the Chief Justice for ordering the arrest of the murder convict Dhungel.

Chief Justice Karki was simply trying to leave the judiciary in a better state than she found it at her oath-taking. The edifice of justice had to be reconstructed brick-by-brick, but she had too little time, which is why she may have seemed to some to be an activist judge in a hurry.

Sushila Karki has not been disgraced by the impeachment motion, it is the political class led by Deuba and Dahal that is emitting bad odour, even as the country goes into local elections. They have created conditions where Chief Justice Karki will have retired while still in suspension, before the impeachment motion fails in Parliament, as it will. The impeachment motion is proof of the contempt the top political leadership has for representative politics, constitutionalism and separation of powers.

Indeed, not since the fall of King Gyanendra has there been such a unified voice across the spectrum of civil society, from radical progressives to liberals and the royalist right, all expressing outrage at the impeachment motion. The Acting Chief Justice Gopal Parajuli himself told the Nagarik newspaper the impeachment process was unfortunate, and a whole slew of former chief justices, judges and civil society leaders have condemned the procedure.

Some may have expected a modest people’s movement to protest the impeachment action, but the public is focussed on ensuring that local government elections are held after a hiatus of 19 years, knowing that many forces would want to scuttle the exercise. It would be good to see Chief Justice Karki back at the bench and retiring from the chair rather than while in suspension. But we know that Sushila Karki is not one to sit back and watch the judiciary degraded and compromised. Deuba and Dahal will live to rue the day they forced her out.