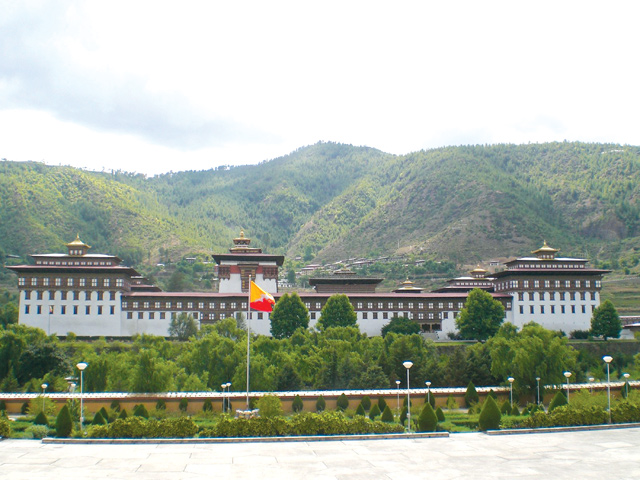 The Himalayan chain is on a geopolitical boil, with eruptions occurring in many places, and other parts ripe and ready. China and India are in confrontation on multiple fronts and levels, and the rancour is at a pitch not heard since the 1962 war.

Times have changed dramatically over the last half decade, with China’s pole-vaulting global ambitions hitting like waves on the northern flanks of the Himalayan chain. To the south, India is ruled by a prime minister who runs foreign affairs through a coterie rather than use the MEA superstructure, and whose Hindutva-laced ultra-nationalism seems to goad him further into the quicksand.

All of which is a recipe for instability and limited war, which will be disastrous for all who live to the north, south and within the Himalaya, be it the peoples of Tibet, the Ganga-Brahmaputra flats, or the mid-montane region from Baltistan to Arunachal, including Bhutan and Nepal.

As the two independent countries of the region, regardless of their differing size and orientations, it is in the interest of Bhutan and Nepal to be in minimal contact to find ways to reverse the escalating belligerence. But such bilateral collaboration faces three challenges:

While one cannot do much about the first and second points, on the last, the two capitals may want to patch-up after a quarter-century of chill. This need for rapproachment is necessitated by what is happening across the Himalayan arc, starting with the events on the Doklam plateau at the Bhutan-India-China trijunction. Beijing has also upped the ante on Arunachal even as New Delhi goes into overdrive on Indian suzerainty over the territory. In Ladakh’s Pangong Tso, India allows the prime minister of the Tibetan government-in-exile to fly his flag by the lakeside.

Darjeeling is burning yet again with reports of five protesters killed, and Sikkim is reeling under a plains blockade that has Pawan Chamling venting ire against Mamata Banerjee. Kashmir Valley is once again imploding, even as terrorists ambush and kill Amarnath pilgrims. Further north-by-northwest, New Delhi is incensed by the China-Pakistan Economic Corridor, which pushes through Pakistan Administered Kashmir claimed by India.

The war of words between Beijing and India has reached fever pitch, and as this is written the world waits to see who will blink first as the soldiers jostle at Doklam. Meanwhile, this tripartite faceoff is also of interest to Nepal because of the Kalapani sector and Lipu Lekh trijunction, both hanging fire all these years.

Amidst this frightening scenario, Thimphu and Kathmandu should be in deep consultation in order to protect their own interests and seek to avert conflict among the two Asian giants. And yet they have been apart since the early 1990s when the Thimphu government so cruelly and efficiently implemented its depopulation project, of ridding itself of a major slice of its Nepali-speaking Lhotshampa citizens.

Nepal was saddled with more than 100,000 refugees, and bilateral relations plummeted, with New Delhi (through act and omission) taking Bhutan’s side. The refugees thankfully were given protection by UNHCR, and so their status was preserved for a full decade-and-a-half in the hot and humid camps of Jhapa and Morang.

But donor fatigue was beginning to set in, and UNHCR itself was getting restive. After 9/11, the American refugee intake superstructure went dry and Washington DC went in search of a docile yet sizeable group of refugees to take in, which was when the Lhotshampa were discovered. The last decade has seen the steady emptying of the refugee camps in Nepal, with the bulk of the refugees (some enthusiastically, others in deep melancholy) now settled mostly in the US, with smaller numbers in Norway, Holland, Australia, Canada, UK, Denmark and New Zealand.

There are still around 10,000 refugees left in southeast Nepal, and while Thimphu seems to have weathered a crisis of its own making, the prolonged refugee problem will be forever a moral blot on the nation-state of Druk Yul.

The sticking point for now is Bhutan’s unwillingness to take back its citizens still remaining in the refugee camps, which it is morally bound to do. In the meantime, given the grave geopolitical issues arising, Kathmandu and Thimphu must agree to disagree on the origins and reality of the refugee issue and begin contact. Today, there is not even back-channel communication.

The initiative to revive bilateral relations should come from Kathmandu, whose political leaders seem to have forgotten that Bhutan exists. The same may be true for the political class of Thimphu. As they get in touch, at the very least, they could be exchanging perspectives even as the elephant gnashes teeth and the dragon breathes fire.

'Squeezed in the Himalaya', Sean Shoemaker

Doomed to repeat all our old mistakes.
DANIEL LAK
Wow! It namely likewise fine treatise about JavaScript, babyliss pro curler I dissimilar Your post doesn't acquaint any sense. ray ban outlet uk if information are defined surrounded sketches one can effortlessly be versed with these. hollister sale I think a visualized exhibit can be better subsequently simply a effortless text, chanel espadrilles for sale that why it gives you improved quality. getnjloan.com Can you amuse forward me the code for this script alternatively interest distinguish me surrounded detail among relation apt this script? Vivienne Westwood online get a babyliss perfect curl Very soon this network sheet longing be outstanding among all blog viewers, isabel marant sneakers saleI too prefer Flash,