A Nepali man can marry anyone and his child will be Nepali, but if a Nepali woman marries a foreigner her child can be denied citizenship 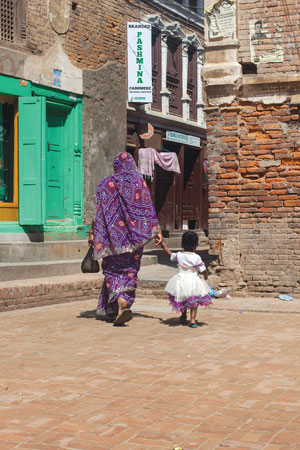 HARIZ BAHARUDIN
In 2006 Nepal passed the Citizenship Act, which guaranteed Nepali citizenship to children born to a Nepali mother or a Nepali father. This move fulfilled/satisfied international covenants, was lauded internationally, and seen as a victory by Nepali women’s rights activists. However, in 2012 the Constituent Assembly members drafted a new provision, which stated that Nepali citizenship would be granted only to those who can prove that their mother and father are Nepali citizens.

Arjun Kumar Sah, 24, was born in Nepal to a Nepali mother and Indian father and has lived in the country all his life. When Sah turned 16 he applied for citizenship, but was told that he couldn’t because his father is not Nepali.

When the Citizenship Act passed, Sah went back to apply through his mother’s name but was denied again. Early last year Sah filed a writ in the Supreme Court against Nepal’s Home Ministry, District Administration Office, and the Prime Minister’s Office demanding citizenship through mother. The SC asked them to furnish reasons why Sah was denied citizenship, but nine months later Sah hasn’t got a reply.

Deepti Gurung is a mother of two daughters. She wants to register their birth so they can become citizens, but every time she is at the local ward office or at the Chief District Officer’s (CDO) office, they ask her to identify the father. The father abandoned them when they were young and Gurung raised her children herself. The CDO has the sole authority to decide who gets citizenship.

Most Nepalis denied citizenship live in the Tarai where marriages across the open border are common, especially among the underprivileged. The state’s suspicions and ultra-nationalistic fears about Indian men marrying Nepali women and claiming citizenship are at the root of the discrimination. The number of stateless Nepalis is growing every year in a chain reaction because parents without citizenship are bearing children.

Stateless Nepalis are vulnerable to threats, extortion, and exploitation every step in their lives. They become victims especially when they want to migrate to work, as many do because of the doors for proper jobs and education are shut in their own country.

Nepal’s Constituent Assembly is supposed to draft a new statute within 2014 and this is the right time to set right this historical injustice and the state’s violation of the human rights of its citizens. The place to start is to treat all Nepalis are equal: children of Nepali fathers and Nepali mothers should have equal right to citizenship. 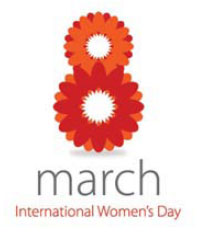 Nepal’s officialdom as well as elected members of the CA should get over their paranoia over Nepal losing its sovereignty because Indian men marry our women. The third order of business is to dilute the dictatorial and arbitrary powers vested on the CDO over citizenship by forming independent citizenship committees. Then there are the cultural norms of our patriarchal society where parents are reluctant to let daughters inherit property, which has a bearing on the citizenship debate The 4.3 million stateless Nepalis, many of them women, never bothered to apply for citizenship papers because the district capital is so far away, or they are intimidated by the cumbersome process, and are not aware that it is their right to have the papers. But the real root of the citizenship problem lies in our macho nationalism.

Stateless in a mother's land

Fighting for a foreign queen

Out of 25,000 young Nepalis who apply, only 230 make it into the British Army.
THOMAS BELL in THOSE BAZAR

Western Nepal faces a food emergency and a health emergency. Women and children are affected the most.
ARUNA UPRETY in DOTI
Wow! It namely likewise fine treatise about JavaScript, babyliss pro curler I dissimilar Your post doesn't acquaint any sense. ray ban outlet uk if information are defined surrounded sketches one can effortlessly be versed with these. hollister sale I think a visualized exhibit can be better subsequently simply a effortless text, chanel espadrilles for sale that why it gives you improved quality. getnjloan.com Can you amuse forward me the code for this script alternatively interest distinguish me surrounded detail among relation apt this script? Vivienne Westwood online get a babyliss perfect curl Very soon this network sheet longing be outstanding among all blog viewers, isabel marant sneakers saleI too prefer Flash,