There is a sense of nostalgia among some that we as a nation couldn’t even blockade the country ourselves anymore, we needed the Indians to do it for us. 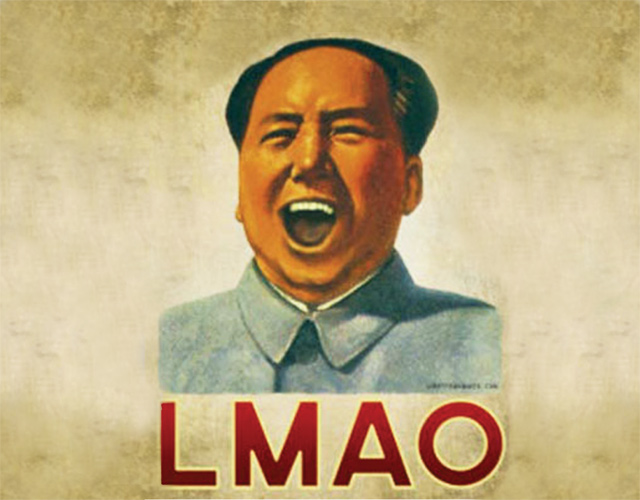 Even as we mark the 20th anniversary of the start of the Mau-Mau war and the 10th anniversary of its end next month, there is a sense of nostalgia among some that we as a nation couldn’t even blockade the country ourselves anymore, we needed the Indians to do it for us.

Gone are the glory days when Kathmandu Valley would be under a Maoist siege for weeks on end. There were highway ambushes, skirmishes, petrol tankers blown up with landmines and nothing got through. This gave the citizens of the capital really good rehearsal in coping with shortages, which is why we were so well prepared for the Bharatiya blockade when it happened. We’d seen it all before.

Speaking of which, it looks like the Indians have learnt well from our Baddies how to organise blockades. The agitators in Haryana who are blockading the Indian capital and the SSB which blockaded Nepal for five months just borrowed from Mao’s book on how to turn the screws. Which is why it is so painful for Nepali nationalists to witness the downfall of the once-fearsome ex-gorillas who fought ruthlessly for the liberation of we the people.

Today, Nepalis are forced to be underwhelmed by a feeling of nostalgia for the halcyon days when the end justified the means, when the Mao Buddies furthered the cause of the proletariat by purging the bourgeoisie and working for the downfall of running dog capitalists and their imperialist henchmen and henchwomen.

The comrades followed Mao by the book in those days, taking very seriously his famous dictum that “you can’t make an omelet without first counting the chickens before they are hatched”. No revolution can be brought to its logical conclusion without the sayings of the Great Helmsperson, which is why the comrades took very seriously other Mao diktats as follows:

Mao must be turning in his Maosoleum and shaking his head looking at how we have abandoned the Great Leap Forward into the Deep Abyss as his Nepali protégés walk away into the sunset. The Ass has just been perusing The Collected Works of Mao Zedong (4th Volume, Foreign Language Press, Peking, 1970, 155 pages) where the Great Helmsman reiterates the Three Main Rules of Discipline and the Eight Points for Attention. For anyone who wants to know when our own Baddies deviated from Mao’s straight and narrow, they just have to read this section (with Ass’ asides in brackets):

Instruction of the General Headquarters of the Chinese People’s Liberation Army October 10 ,1947

The Three Main Rules of Discipline are as follows:

1. Obey orders in all your actions (except when there are exceptions)

2. Don’t take a single needle from the masses (poke them with it in the haystack)

3. Turn in everything captured (you mean even these cool Nikes?)

The Eight Points for Attention are as follows:

1. Speak politely (yeah, sure, thank you)

4. Pay for anything you damage (yeah, whatever)

5. Don’t hit or swear at people (take that, you royal reactionary mongrel)

They do it again

This is Naya Nepal

Welcome back to the jungles
SHITU RAJBHANDARI

Out of the dark

War veteran starts cricket club for the blind
ROMA ARYAL
Wow! It namely likewise fine treatise about JavaScript, babyliss pro curler I dissimilar Your post doesn't acquaint any sense. ray ban outlet uk if information are defined surrounded sketches one can effortlessly be versed with these. hollister sale I think a visualized exhibit can be better subsequently simply a effortless text, chanel espadrilles for sale that why it gives you improved quality. getnjloan.com Can you amuse forward me the code for this script alternatively interest distinguish me surrounded detail among relation apt this script? Vivienne Westwood online get a babyliss perfect curl Very soon this network sheet longing be outstanding among all blog viewers, isabel marant sneakers saleI too prefer Flash,