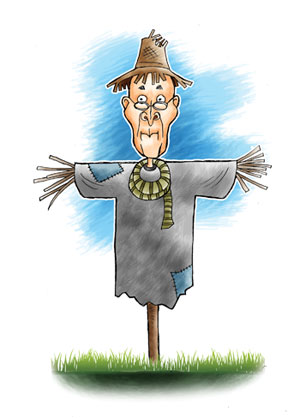 BILASH RAI
Imagine this scenario: the UCPN (Maoist), most Madhesi parties, and recent Janajati-centric political parties got 371 seats in the Constituent Assembly election (the combined strength of the Nepali Congress and UML and without including their share of the 26 nominees). It would be close to two-thirds majority in a 601-member assembly or even better than that.

Now imagine the thoroughly trounced NC and UML saying a) though we lost, our agendas have not been defeated, b) we will not accept a federalism model other than the one that we mentioned in our manifestos, c) we demand an amendment to the interim constitution to remove the option of taking decisions based on majority votes if the consensus fails and we will not recommend the names of our members under the proportional representation system unless our demands are met.

Let us not try to pretend anymore what the mandate means and what it does not. Nepali Times published multiple surveys since 2008 in which respondents across the country rejected the federal model proposed by the UCPN (M), the Madhesi parties, and later Janajati groups (the last of which actually split from their parties on the question of single ethnicity-based federation). Some political parties and pundits chose to ignore and dismiss those polls. Now that election results have backed the survey results, these very people are attempting to explain why they voted the way they did.

Basically, the NC and UML are being asked to disrespect the mandate and accept the demands of the parties that fared poorly and whose agenda has been rejected by a majority of the people. Both these parties have stood firm against any kind of arm-twisting. But if they resort to uncalled for compromises, there is no doubt they will get a severe drubbing in the next election.

Except for those who advise the disgruntled parties in private and write opinions in public, most see this as blatant blackmail by the losers. These parties should be mindful of the precedent they are setting: losers in elections can attempt to hold up the process of government formation.

The election could have been held earlier with the UCPN (M) taking credit for delivering the constitution and formally concluding the peace process. The last occasion for the UCPN (M) to redeem itself was in the final days of the previous CA in May 2012. When different models of federalism failed to break the deadlock in the CA (the last agreed was 11-state proposal to which even the Madhesi parties had agreed, but Pushpa Kamal Dahal and Baburam Bhattarai backed out of it the very next day), the NC and UML suggested two options.

Either incorporate all the agreements reached by then and pass the constitution as a work-in-progress or just pass the Preamble of the new constitution and preserve the parliament part of the CA to help conduct government business and hold the new election. Bhattarai who sensed a threat to his government with reports of Mohan Baidya, NC, and UML leaders discussing a no-confidence motion against him, refused both the options and dissolved the assembly half an hour before its extended deadline expired on the midnight of 28 May 2012.

The UCPN (M) missed the boat and it has paid the price. Now it is time to move forward. The work is cut out for the NC and UML to try and accommodate the concerns of the disgruntled parties. It would be generous to offer some government posts to the UCPN (M) and some others, but it’s not absolutely necessary.

The two largest parties ought to try for sincere consensus on accommodating the concerns of the Maoists, Madhesi, and Janajati parties on federalism. Since federalism turned out to be such an emotive issue during the last few weeks of the first CA, it requires sensitive handling. Those who want a real federal structure in the country will not settle for a cosmetic arrangement, whatever the new states are called. The more important point is whether there is genuine devolution of power, real decentralisation in terms of resource-mobilisation and sharing, and whether there is a mechanism to prevent the federal government from unnecessarily interfering in the affairs of the state.

All need to show responsibility, keep their partisan interests on hold, and for once think what is best for the country. The coming days will show us if the parties have learnt their lessons.