The government aims to spend a third of the annual budget, Rs 202 billion, on itself 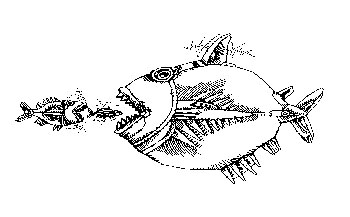 Two Sundays ago the government for the first time in the last three years unveiled a full-fledged national budget. With a total allocation of Rs 618 billion for the fiscal year 2014/15, the budget aimed to contribute to three broad development goals: economic growth, poverty alleviation and employment generation, and general socio-economic development.

Economic growth: Since May 2006, Nepal has spent much of its time sorting out internal housekeeping, which is yet to be finished. The main unfinished task is for the Constituent Assembly to write a new national Constitution. The time and the resources that this important but ultimately inward-facing work has consumed have started to have long-term consequences, one of which is that, in the face of general uncertainty, the average annual growth rate has been stuck at about four per cent for the last 10 years.

Buoyed by the rise of the NEPSE since the new government came to power and last year’s estimated growth of about 5.2 per cent, the Finance Minister wants to put in policies that help accelerate Nepal’s annual growth at a rate higher than eight per cent till 2022 – the year by which Nepal plans to graduate from its Least Developed Country status.

But as we have seen from the days of the Panchayat, economic growth, which now means rise in both the standard and the quality of life, is not a matter of mere technocratic goal-setting alone. It means consistently lowering political obstacles, removing policy barriers and reducing administrative hurdles that stand on the path to growth.

At a time when even the relatively straightforward task of running electrical transmission lines across vast swathes of unoccupied hills and the Tarai gets mired in quarrels along ethnic, political and geographical lines for many months – as is the case in Sindhuli the mere act of setting up the goal post for growth gets only the ambition right, but falls short of coming to grips with the tangle of underlying problems.

Poverty alleviation: Put simply, poverty alleviation programs have two goals: raising incomes and reducing vulnerabilities. At the risk of looking like a socialist plan, the budget has done a decent job in actively allocating funds to reduce the vulnerabilities of the marginalised ethnic and population groups such as the Chepangs, the Rautes and the elderly by providing cash transfers, subsidies and livelihood support. These policies are important for the poor to mitigate the shocks they routinely face.

But the budget seems to be unsure about how to raise the incomes of the poor. It hints at a number of recipes: infrastructure development, construction works, start-up funds, agriculture and irrigation works, and the like.

Again, as past development experiences have shown, the software that runs these pieces hardware is still missing: a sound financial management, which can only be enforced by locally elected politicians who are publicly answerable. Else, with money given to the cadres of national political parties to do local development that generate jobs, the funds are likely be squandered on shoddy results.

Socio-economic development: Socio-economic development is one of the goals, but not the government’s priority. In the budget, tourism development gets about Rs 2 billion, or 0.3 per cent of the total, while the government aims to spend one-third of the allocated funds or about Rs 202 billion on itself. This hogging of resources will continue to have two effects: national political parties and nationally active political cadres will have all the incentive to make deals with one another to be closer to the government for jobs, contracts and influence. This reduces their incentive to push for local elections and for a timely constitution. Lofty rhetoric notwithstanding, looking ahead, expect more of the political horse-trading that goes hand in hand with incremental growth -- brought largely by the overlooked heroes of Nepal’s development: overseas migrant labourers.

Ashutosh Tiwari was till recently Nepal country representative at WaterAid. He returns to Nepali Times as a business and development columnist with this first of his new fortnightly column, Cross Cutting.

"The Maoists are a bigger problem than the king"

Sorry, comrades, that is not how it happens

KHAGENDRA SANGROULA
Wow! It namely likewise fine treatise about JavaScript, babyliss pro curler I dissimilar Your post doesn't acquaint any sense. ray ban outlet uk if information are defined surrounded sketches one can effortlessly be versed with these. hollister sale I think a visualized exhibit can be better subsequently simply a effortless text, chanel espadrilles for sale that why it gives you improved quality. getnjloan.com Can you amuse forward me the code for this script alternatively interest distinguish me surrounded detail among relation apt this script? Vivienne Westwood online get a babyliss perfect curl Very soon this network sheet longing be outstanding among all blog viewers, isabel marant sneakers saleI too prefer Flash,